Why Rey from Star Wars: The Force Awakens Makes Me Cry | The Mary Sue

Why Rey from The Force Awakens Makes Me Cry 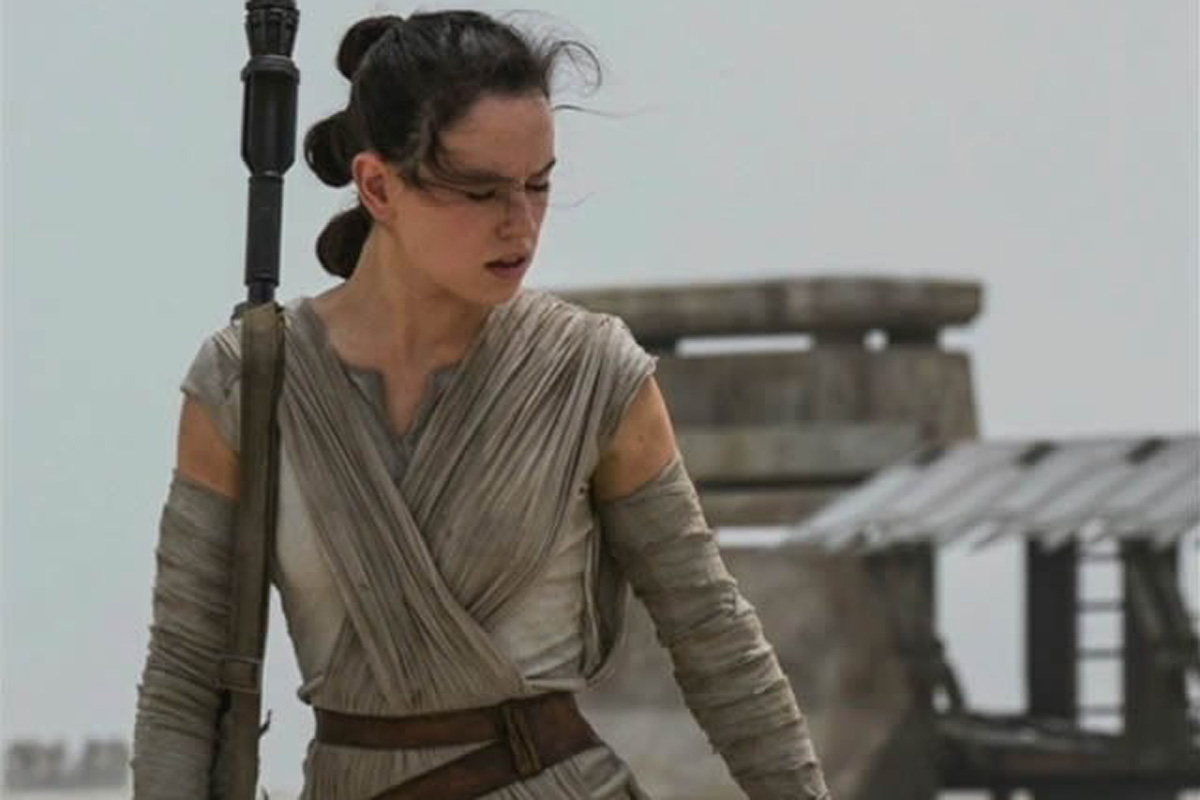 Growing up, I played countless hours of Star Wars with my neighbor Robbie, and while he switched roles between Luke, Han, and Darth Vader, I always played Leia. One year for Halloween my mother sewed me a white robe and braided my long, thick hair. I scorned the other girls’ cheap masks with the molded plastic Leia buns. I was sure that I was the only one of the many Leias in my class who really understood her. Those other girls were just pretending, but I was the true incarnation of Princess Leia at Kincaid Elementary School. Just look at the buns.

Leia was awesome. She was resourceful and good and strong. She was a leader and a friend and good with a blaster. But even as a little girl, I always knew that it wasn’t Leia’s story. From the beginning, she was a competent leader with unshakable loyalty to her cause. She met every setback with determination and cleverness. But she was a commander on a mission, not a hero on a quest. And Star Wars has always been about the heroic quest.

Leia was also the one who wound up in a metal bikini. Sure, she strangled Jabba with her slave chain, but that didn’t erase the image of the most powerful woman in the Star Wars universe on display for her captor’s pleasure. He didn’t even represent the Empire or the Dark Side—just a petty crime lord from a backwater desert planet. My friend Robbie and I knew each other well enough to be equal partners in our imaginary world, but a friend of his once suggested a scenario where I would be a trapped Princess Leia, and they would rescue me. I was furious, enraged both by his suggestion and my inability to explain why it was so wrong.

Rey, in The Force Awakens, is the Jedi hero I dreamed of as a child. She is powerful, self-assured, and skilled. She seems to be a natural Jedi—strong in the Force, patient, calm. Perhaps she will one day lead a new Jedi Council. Perhaps she will defeat the First Order and lay the path for Leia, the senior stateswoman, to restore the Republic. Thankfully, wherever Rey’s destination, her gender seems about as relevant to her quest as Luke’s was. I’m delighted that she isn’t just another version of the plucky heroine whose major obstacle is everyone else’s limited view of what girls can do.

I hope we get to see Rey grow as a hero. I hope she struggles with darkness and temptation and emerges stronger, but with more scars. I hope we see her weakness, as well as her greatness.

Wherever Rey’s quest takes her, I will watch with adoration. I will adore her for my 8 year old self, for all the little girls who now get to play Rey, and for the sheer beauty of watching this amazing Jedi swing a light saber. In the meantime, I’ll just be over there in the corner crying with the overwhelming emotion of seeing someone I didn’t quite realize I’d been dreaming about for more than three decades.