For Black Girls who considered Esmerelda Black when Cinderella wasn’t enuf: The Importance of Race-Bending Fan-Art 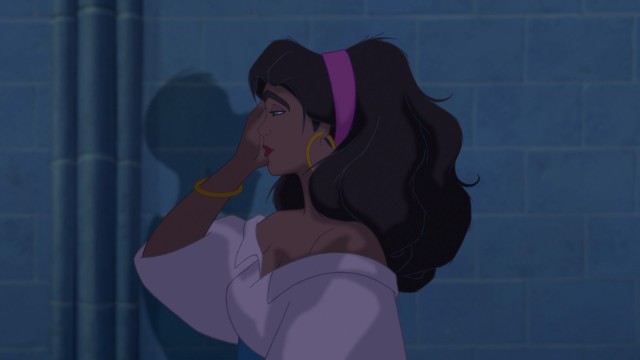 This piece was originally published on Black Girl Nerds. It was republished here with permission.

The VHS whirred as my mother inserted a slick black VHS tape into the device. My little sister and I crowded around the television, cloaked in a floral comforter, as we treated ourselves to microwave popcorn.

A full head of bountiful ebony waves bobbed up and down as she danced her way through Parisian streets, tamborine in hand. Her tawny skin contrasted beautifully with her white and blue attire. She was a brown flurry covered in gold bracelets similar to those worn my mother.

Prior to my understanding of socially constructed race in America, there was only white and black. A dichotmous relationship inarguable, unbendable, with nothing in between. It was not till much later that the fragile concept of race expanded beyond the binary in my mind. That aside, Esmerelda was my first Black Disney character. Beyond Esmerelda, I was left to align myself to a sea of fair faces. Snow White, Cinderella, Alice, Aurora, Ariel, Belle were the most familiar female Disney characters I knew. (It’s worth noting that Pocahontas and Jasmine from Aladdin were released prior to Hunchback of Notre Dame. My sister and I didn’t watch them until after Hunchback of Notre Dame came out.)

It’s currently 2015, and as of today I have one Disney female character that is representative of my race, and she wasn’t even human for most of the film. I had a childhood devoid of any Black Disney characters. I looked to the only brown looking character available to me for validation and representation, and she wasn’t even Black. For little Black girls who wish to dress up as Disney princesses other than Tiana, there exists a chance to explore other roles. 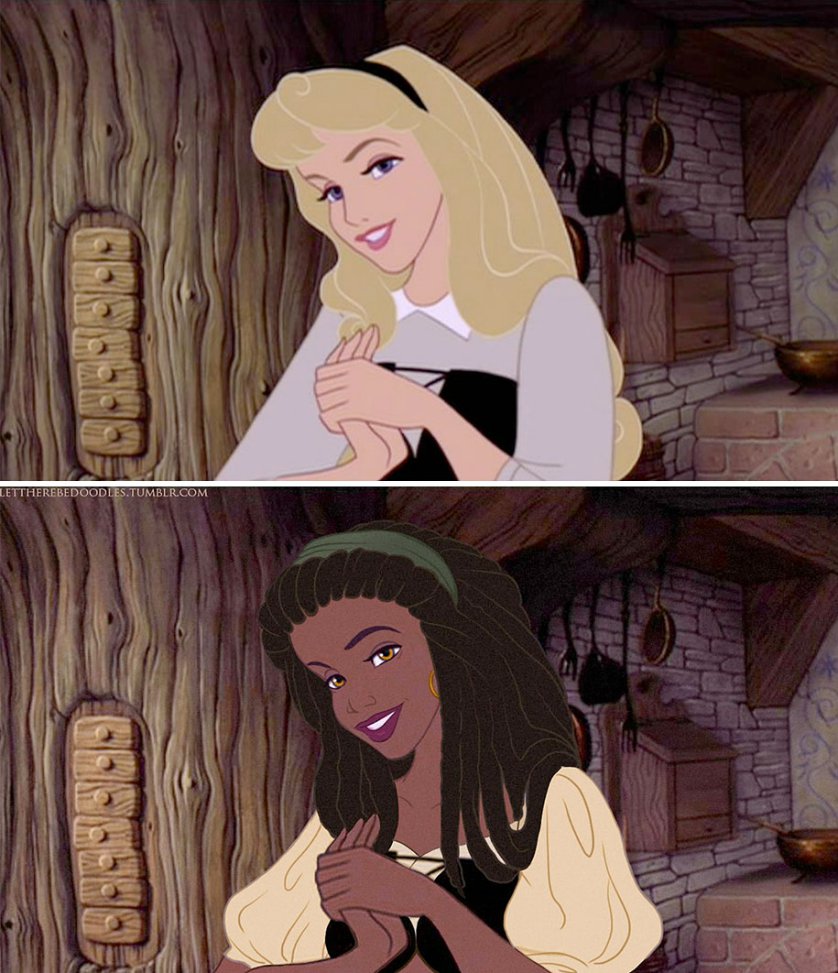 In recent years, artists introduced their own takes on Disney princesses, allowing representation through their artistry. Black and brown Cinderellas, Rapunzels, and Elsas are constantly relieving Black girls restrictions on validation. Taking white representing characters and making them WOC is incredibly empowering. Not only does it allow for necessary representation, but validates beauty standards outside of the Eurocentric lens. 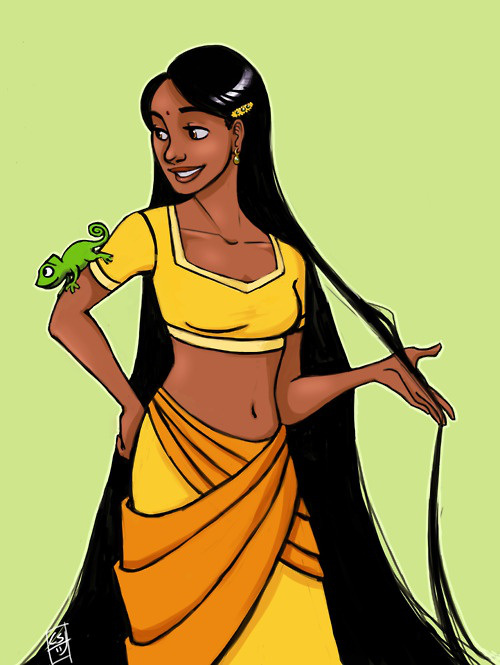 Racebent Rapunzel by Casey on ziggyplayed.tumblr.com

As with every movement that empowers or uplifts women of color, there is opposition. In this case, the disapproval stems from white women feeling themselves at the receiving end of ‘reverse racism’. For the princesses that were now switched to women of color–why wasn’t there popular race-bending art that turned characters of color white?

This is an obvious example of entitlement and privilege, not uncommon to those who are white. The truth is: there are currently six Disney princesses of color (I’m consciously including Mulan in this calculation). As of today, there are nine white Disney princesses (Snow White, Cinderella, Aurora, Eilonwy, Ariel, Belle, Rapunzel, Merida, and Anna). The first white Disney princess made her debut in 1937 (Snow White), and the first WOC came in 1992 (Jasmine). That’s almost a 60 year difference between the two.

In between, five additional white princesses made their way to families everywhere: Cinderella (1950), Aurora (1959), Eilonwy (1985), Ariel (1989), and Belle (1991). This gap is overwhelmingly significant. Don’t be fooled by the close numbers of 6 and 9, for each of the 6 Disney WOC represent only one racial or cultural category. For almost 6 decades, girls and women of color lacked representation in a culturally popular entertainment venue.

Even to this day, most WOC only have one princess that represents their racial or cultural background. This is indicative of the historical and societal limits placed on women of color in America, the often forgotten race and gender-based dis-allowance of access and representation until society finally deems them worthy of media presence. When artists race bend originally white characters into WOC, they take a jab at each and every year, moment, and second girls and women of color historically lacked visibility and affirmation in Disney cartoon media.

Race-bending is radical, progressive and imperative for the WOC who are starved for more positive representation in media.

Hopefully the Black girl nerds of the next generation will not need to imagine that other characters represent them wholly-it will be a reality.

Lilian-Ann Bonaparte is a broke college student who spends most of her time watching Netflix, Korean dramas and eating dried mangoes. She attends school in Texas and wants to earn her J.D. to either work with her country of Ghana or aid minority groups subject to racial discrimination in the United States. Lilian-Ann works as a freelance makeup artist, and hopes to be a role model for young nerdy black girls. Find her on Twitter or Youtube.