The Igbo Women Who Went to War Against British Colonizers 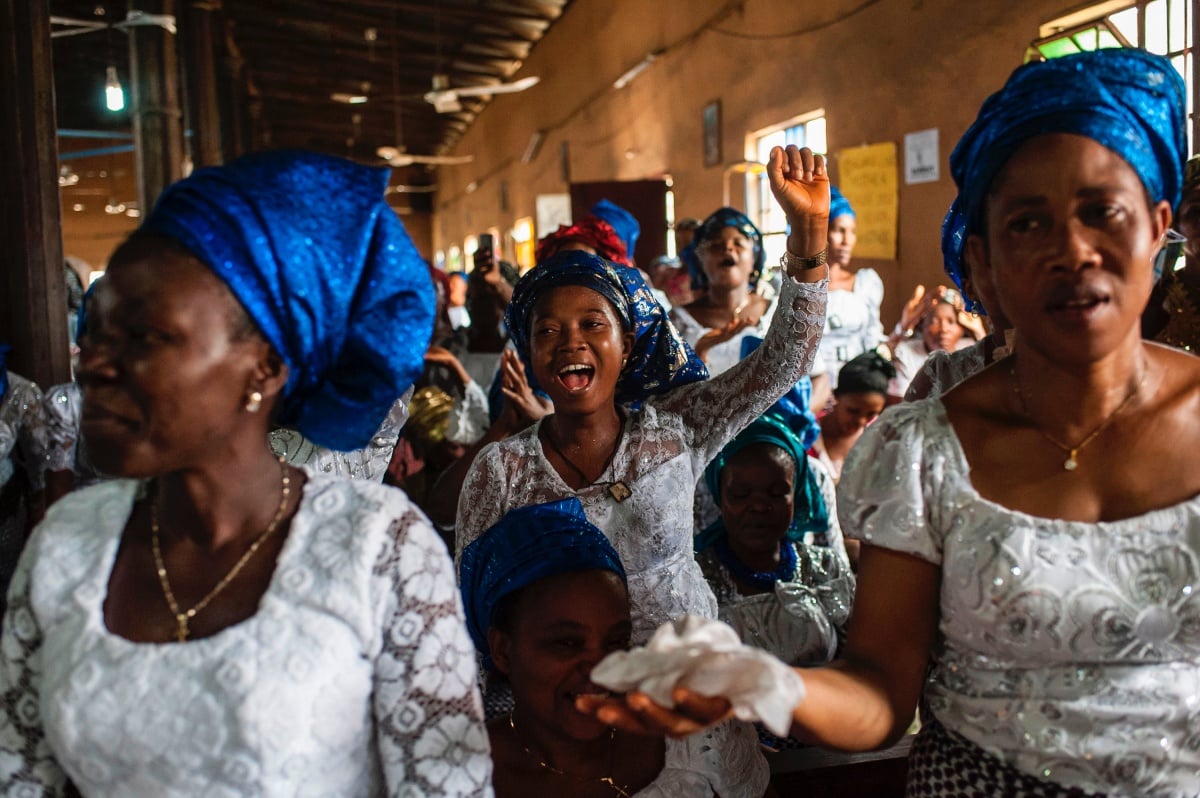 Women in Nigeria have a history of taking collective action to deal with forms of discrimination in their community. In 1929, with the Great Depression setting off terrible reverberations around the world, thousands of Igbo women in Nigeria started a revolt to protest the colonial and sexist legislation that the British had imposed on their country.

This revolt, which would come to be known by many names, including the “Women’s War,” was an attempt by Nigerian women to redress social, political and economic grievances. The protest encompassed women from six ethnic groups: Ibibio, Andoni, Orgoni, Bonny, Opobo, and Igbo.

Colonization had changed the social structures in Nigeria for the worse. Traditionally, women had been allowed to participate in government, and they held a major role in the markets. Men and women also worked as a team in the domestic sphere, and it was recognized that both men and women have important individual roles. The British, however, saw these practices as “a manifestation of chaos and disorder” and therefore attempted to create political institutions that commanded authority and monopolized force. They respected, to a degree, political institutions headed by Igbo men, but they ignored those headed by women, effectively shutting them out from political power. To the British, creating this kind of patriarchal and masculine rule would establish “a moral order.”

The root of the riots was planted on January 1, 1914, when the first Nigerian colonial governor, Lord Lugard, instituted the system of indirect rule in Southern Nigeria. British administrators would rule locally through “warrant chiefs,” who would be Igbo individuals appointed by the governor. Igbo chiefs had traditionally been elected, and so this new system upset the established order in their communities.

As the adage goes, power corrupts; and so within a few years, the appointed warrant chiefs became increasingly oppressive.  They would seize property, impose harsh local regulations, and imprison anyone who spoke out against them. Much of the anger was directed against the warrant chiefs, but most Nigerians knew that the source of their power came from the British colonial administrators. Colonial administrators added to the problem by announcing plans to impose special taxes on the Igbo market women.  These women were responsible for supplying the food to the growing urban populations in Calabar, Owerri, and other Nigerian cities. The fear was that the taxes would drive many of the market women out of business and disrupt the supply of food/non-perishable goods available to the populace.

The Aba Women’s War was finally officially sparked by a dispute between a woman named Nwanyeruwa and a chief named Okugo. Nwanyeruwa was one of the women who was unafraid to speak up about the unfair taxes, and she spoke about it so openly that she was almost strangled by a tax collector. Thankfully, she grabbed his throat right back, and her sister-wives helped fight the man off. Nwanyeruwa reported the tax collector to Okugo, who essentially said she was asking for it.

Furious about this lack of action, Nwanyeruwa rallied the women in her village together to protest Okugo’s actions. Okugo, brimming with male fragility, attacked the women, stabbing one with a spear, shooting arrows at them, and getting so worked up that he eventually lit his own house on fire and blamed the protesters for it. Typical.

Still, the women continued to protest. And when other women heard what Nwanyeruwa and her villages’ women were doing, others joined. Using the traditional practice of censoring men through an all-night song and dance ridicule (known as “sitting on a man”), the women chanted and danced, and in some locations forced warrant chiefs to resign their positions.

While there were peaceful protests, there were also more militant protests where the women attacked European-owned stores, broke into prisons, and released inmates. They also attacked Native Courts run by colonial officials, burning many of them to the ground. Despite these more extreme actions, no one was seriously harmed or killed by the women’s actions.

Nevertheless, colonial police and troops were called in. They fired into the crowds that had gathered at Calabar and Owerri, killing more than 50 women and wounding over 50 others. During the two months that the protests took place, at least 25,000 Igbo women were involved in protests against British officials.

This women’s uprising is often seen as the first major challenge to British authority in Nigeria, and West Africa in general, during the colonial period. As a result of these protests, the position of women in society was greatly improved. In some areas, women were able to replace the corrupt male warrant chiefs. Women were also elected to serve on the Native Courts. The women of Nigeria—through marching, protesting, and advocating for themselves—managed to create real change for themselves and their community. It was this movement that lit the embers of resistance, which eventually became the many revolutions across colonized Africa.

Still, one interesting thing to recognize is the name of this protest. It is usually referred to as the “Aba Women’s Riots of 1929,” because that was how it was described in British Colonial records. The British saw these traditional forms of protests as the actions of crazy, hysterical women and framed them as riots.

However, the event was called “Ogu Umunwanyi” in Igbo and “Ekong Iban” in Ibibio by the local women, which translates to “women’s war.”