The House That Janet Built: The Legacy of Janet Jackson’s Sexual Revolution 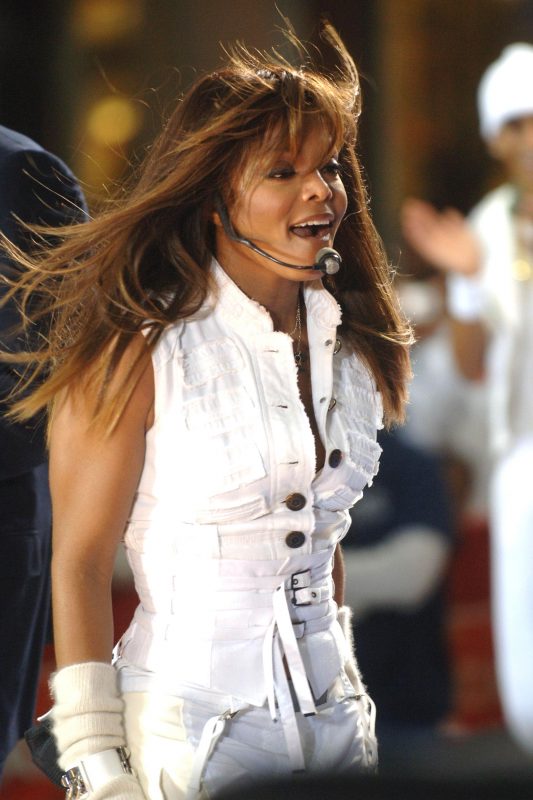 I knew before the internet officially decided to make today #JanetJacksonApprecationDay that I wanted to do a post about one of the Queens of Pop. What really solidified this idea for me was a conversation I had with my father; when I told him I was going to write about Janet for this project, he said, “What has Janet Jackson done for black people?”

#Nipplegate has become this warped piece of Janet Jackson’s legacy, to the point where there is an effort to remind people that Janet Jackson was one of the biggest pop stars in the world before it happened, and still manages to sell out tours despite not releasing an album since 2015.

Janet Jackson’s success as an artist comes from the fact that she defined her own legacy separate from her family. In the early parts of her career, she was treated like another cog in the Jackson Family machine by father Joe Jackson. However, after her second album, Janet split from her father and family in order to make her own kind of music: “I just wanted to get out of the house, get out from under my father, which was one of the most difficult things that I had to do.”

The result was the album Control, an album that to this day remains a template for black female artists about how to craft their own style. Control was the Good Girls Gone Bad or 4 of its time: a personal album with full creative control in the hands of the female artist. Janet’s sexuality and personal experience permeate Control. Moreover, Janet was committed to making black music—and if everyone else liked it, that was fine, but she wanted to have an authentic sound first and foremost. “We wanted to do an album that would be in every black home in America … we were going for the black album of all time.”

“Nasty” was about street harassment and delivered one of the most iconic lines ever spoken in an interlude: “My first name ain’t baby, it’s Janet – Miss Jackson if you’re nasty.”

“What Have You Done for Me Lately” was about both about her annulment from James DeBarge and standing up to the men who heckled her on the streets. “They were emotionally abusive. Sexually threatening. Instead of running to Jimmy or Terry for protection, I took a stand. I backed them down. That’s how songs like ‘Nasty’ and ‘What Have You Done for Me Lately’ were born, out of a sense of self-defense.”

All of her creative choices and risks paid off, because Control was a major success for Janet. It was her first to top the Billboard 100 and gained several Grammy nominations. She lost Album of the Year to Paul Simon’s Graceland, but she had proven that she didn’t need her father’s influence to make amazing music, and that a black album could also be a pop album for everyone.

Her follow up to Control was Janet Jackson’s Rhythm Nation, a socially conscious album that tackled issues of racism, poverty, and substance abuse, in addition to having some powerful romantic ballads. The success of Rhythm Nation was even beyond Control. It is the only album in the history of the US Billboard Hot 100 singles chart to have seven commercial singles peak within the top five positions, and Janet became the first woman to ever be nominated for Producer of the Year at the Grammys because of it. It was also the highest-selling album of 1990.

At this point, the milestones Janet was making as a black female artist were unprecedented, and it not only worked because it had a message, but because Janet was a fantastic messenger.

Her next two albums, janet. and The Velvet Rope, were deeply sexual and were a sharp split from her more conservative personal style. Janet was finally talking about sex in a more fulfilling and pleasurable way, not just fighting for her sexual and personal independence.

Carrying on her legacy of social justice, she also spoke about domestic violence in songs like “What About” as well as tackling homophobia, AIDS and eventually sexual fluidity in “Free Xone.” Now, this may seem like par for the course, but in 1997 we didn’t even have a show like Will and Grace on television, gay marriage was still illegal, and Ellen DeGeneres’s character Ellen Morgan had only just come out as gay.

All for You was Janet Jackson’s last album before what would be known as #Nipplegate. It was more upbeat than her previous albums, but it wasn’t tame by any means, and some even consider it to be her sexiest album. I’d say that TVR has it beat. Even then with her seventh album, she was still getting resounding critical acclaim and commercial success. It was a winning streak that made it obvious that she should headline the SuperBowl. Janet Jackson was not just Michael’s little sister, she was a Queen of Pop in her own right. It was her who influenced artists like Britney Spears, P!nk, Maya, Usher, Beyoncé, etc.

It wasn’t just about the extent to which Janet was or was not blacklisted. It was also about how her identity became once more wrapped up in the actions of another man and not her music.

From Control on, Janet Jackson worked to create an image that was about who she was as both an artist and a woman. She fought to get out of her brother’s shadow and her father’s thumb. Her sexuality was shown, but always on her terms. The biggest sorrow I feel about the whole Nipplegate issue, whether it be through accident or intent, is that it took that power away from her.

Janet Jackson has gone on to make good music, but everything she has done since has been tainted by the Super Bowl. The fact that we have to actively remind people Janet Jackson was an amazing musician and talent is frustrating, but it is a reminder of how we tend to reduce women whenever they make a mistake. Still, Janet has not stopped being the powerhouse she is.

So, let’s go back to question my dad asked: “What did Janet Jackson do for black people?” Well, pop, what Janet Jackson did for black women is give them the freedom to enjoy their sexuality, to have ownership over their bodies—not just when it came to pursuing their own pleasure, but by being able to speak about their struggles and street harassment. She took control over her life and legacy at an age where it would be frightening and turned it into one of the best winning album streaks ever. She broke boundaries and influenced artists today of all genres ,and she did it making black music.

We have Anti, Britney, Rainbow, Lemonade, Ctrl, etc because we had Janet Jackson.

I leave you with the words from Joan Morgan of Essence magazine: “Jackson’s Control, Rhythm Nation 1814 and janet. established the singer-dancer imprimatur standard in pop culture we now take for granted. So when you’re thinking of asking Miss Jackson, ‘What have you done for me lately?’ remember that Britney, Ciara and Beyoncé live in the house that Janet built.”

“Son of a Gun Remix”