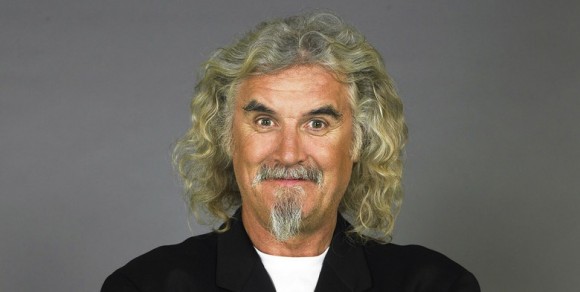 Billy Connolly, who plays Dáin Ironfoot in the upcoming The Hobbit trilogy, has made clear his rather strong opinions regarding its source material. In an interview with Vulture.com, the Scottish actor called Tolkien “unreadable,” stating “I didn’t read [The Hobbit or The Lord of the Rings], and I normally don’t like people who have! The people who love it, they’re kind of scary. They talk all this gobbledygook and they think of it as the Holy Grail.”

As awkward a statement to make as this is, I’ve got to say I love Connolly for making it. When you’re appearing in the film adaptation of one of the most popular books of all time, it takes some balls to come out and say that you actively dislike it. Not “Oh, I hadn’t read it before, but I did once I got the part and now I’m really excited!” Not “I can see why it’s loved by so many people, but it’s not to my tastes.” “I always found [Tolkien] unreadable.”

What’s more, when asked about Tolkien superfans, Connolly expressed disbelief that “People get all upset, they get terribly upset about anything that has to do with it, as if it were real! It’s a story! Just relax! It’ll go away and you’ll be just fine. Don’t panic.”

Bless you, Billy Connolly. You’re exhibiting the kind of brash demeanor that I expect a dwarf to have. I would suggest not mentioning your hatred of Tolkien to Christopher Lee, though. Just a thought.