Yes, I will talk about that episode of Parks and Recreation. 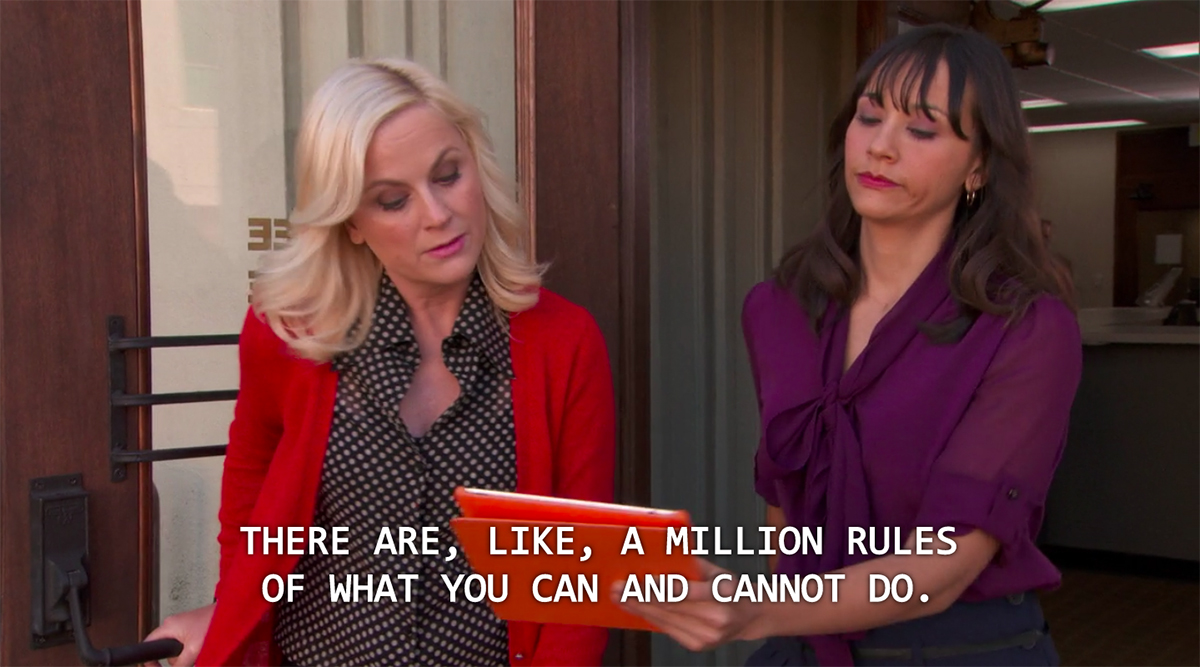 I’m not going to lie: I never liked politics, which is contradicted by the fact that my favorite television show is Parks and Recreation. But that means that a lot of what I do know comes from plot points on the show—like the fact that Leslie Knope is probably having a lot of thoughts right now about the fact that Joe Biden is running for president.

But, more importantly, there is an entire cold open of the show dedicated to the fact that Leslie Knope is a government employee running for office, so that means she can’t do campaign things inside a government building. While that particular aspect of the Hatch Act doesn’t apply to the president or vice president, there are segments of this particular law that do apply to the White House. And last night, the White House technically broke the law, which did not escape the notice of many people online.

As a lawyer who used to enforce the Hatch Act at the White House, this is absolutely not how it works. If they filmed it knowing and intending that it would be used at the convention (which they obviously did), it violates the law. https://t.co/oG4r1cqVYv

The Hatch Act makes it illegal for a federal official to, among other things, “use his official authority or influence for the purpose of … affecting the result of an election.” 5 USC 7323(a)(1). Note the phrase “for the purpose of.”

Right now, the problem is that every bit of “normal” campaigning the president and vice president would be doing is limited by the coronavirus pandemic—not that either of them are taking it seriously, but it is offering them the option to do a lot of the Republican National Convention at the White House.

That does, however, come with caveats. If they recorded footage of a naturalization ceremony filmed at the White House without previous knowledge (meaning, while they were filming it) that it was going to be used at the RNC, then it would have been fine, but that’s not what happened. In fact, the opposite happened and they actively filmed stuff for the RNC there.

To make matters worse, the White House chief of staff doesn’t seem to think that anyone outside of the Washington D.C. beltway cares about any potential violations of the Hatch Act. Well, buddy, you’re wrong there, because if my love of Leslie Knope taught me anything, it’s to hold those doing the wrong thing accountable.

Look, I understand why unprecedented things may be happening right now, but the White House should still be held to a certain standard. And if other government employees are tried for violating the Hatch Act, then the White House’s potential violations also need to be addressed.

the Hatch Act gets made out to be some quaint rule about ethics that’s hard to enforce, but its purpose is to codify clear lines to keep a presidency from abusing taxpayer resources and warping the government into a function of a person and/or a party

So yes, is it sad that my civics class in high school didn’t really get into this and why it’s a problem, and instead, I had to learn about it from a Mike Schur/Greg Daniels television show? Absolutely, but the point is, I know about it, and the American people also deserve the right to know that the president is violating the law for his own political gain.