The Harder They Fall Was Extremely Fun, but Also Irresponsible From Conception 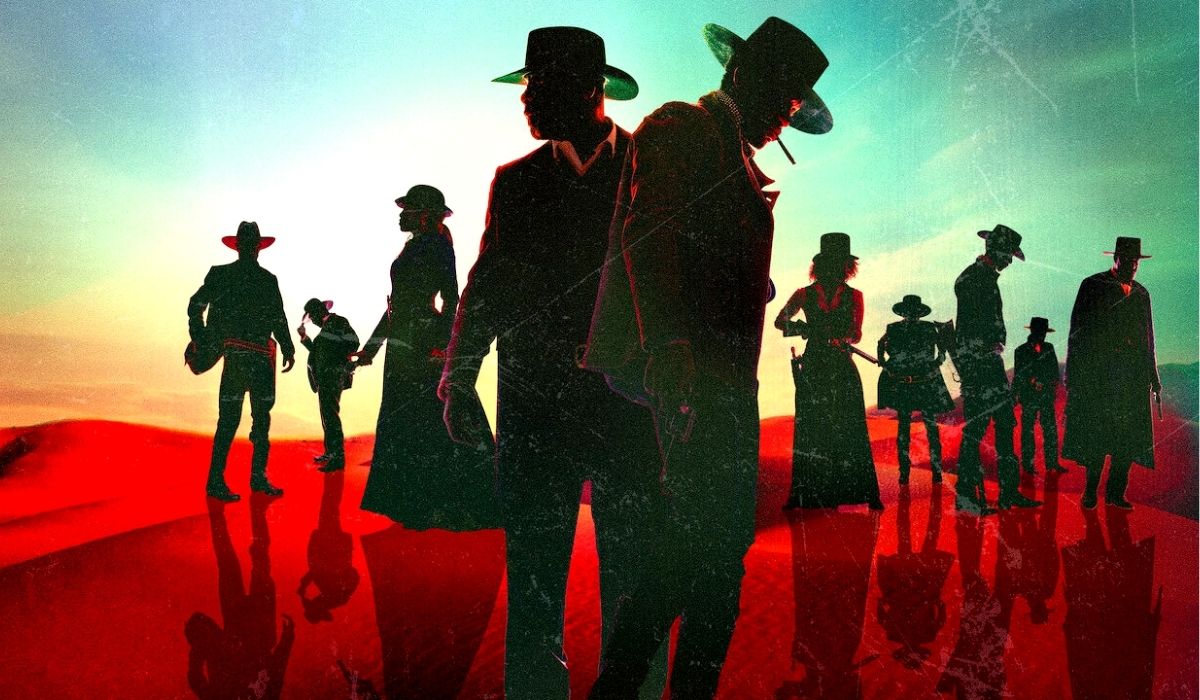 If you haven’t watched Netflix’s The Harder They Fall and want to, you probably shouldn’t read this (yet). That’s not because I will include any spoilers, but because knowing more about the lives depicted in director Jeymes Samuel’s film and the decisions made will affect your experience watching the film. I knew a teensy bit, and it made scenes harder to watch. Knowing more, I’m flat-out mad, and yes, I’m gonna start with Mary Fields, a.k.a. Stagecoach Mary.

When the full trailer was released and we all learned that the main characters were REAL people, a lot of us dug in to learn more about their stories. Of the issues that came up, none got as much well-deserved backlash as Zazie Beetz’s casting as Mary. While Beetz has the range to capture her spirit, she is too different, in some particularly troubling aspects, to overlook. She is a slim, light-skinned, young Black woman, whereas Mary was a fat, dark-skinned, and older (a 20-40 year difference) Black woman. For those keeping track, that is ageism, colorism, and fatphobia all packaged together.

Adding insult to injury, Beetz’s lead romantic role shows the lack of visual imagination from the casting directors who failed to envision someone who looks like the real Mary as a romantic lead. However, as TMS writer Briana Lawrence put it, we are supposed to just shut up and be appreciative of a film about Black people despite this rampant colorism—especially from Netflix.

It wasn’t like Mary (in this story) was a fully fleshed-out character, either. Despite Mary’s ability to fight and ownership of a saloon, her role, like most women in the film, revolved around a man.

In an interview with Refinery29, Samuel revealed that the casting was a part of the vision and developed with the story: “I wanted this to be a story where I bring all of these characters that really existed and place them in one setting and one time in a fictional story like the Avengers.” (Oh, we’re coming back to that.)

He continued, “Pretty much the whole gang, I wanted to be in this story. I thought, ‘okay, who would be my favorite person in the world to do this role?’ And then that person ultimately joined the movie.”

In response to the criticism, Samuel shrugged it off by pointing out the other errors with the characters/real people he was depicting. He acknowledged that these people didn’t know each other, they were from different parts of the U.S., and of different ages.

Samuel told Insider “They’re not complaining — they are making a point, right? And it’s a beautiful point. They make it well. I would say to them: I’m not making a biopic.” He appears, in the face of most critiques, to be happy about the buzz and takes the conversation as a win because “they are doing exactly what I wanted everyone to do for years — bring up images of these people and go ‘Look, here’s the real thing!’…Here’s the real person. We existed!”

One of the two Extra Casting Directors, Terence C. Stanley, took to Instagram to fight fans over their frustration. There, he revealed that this was a hard movie to get made and cast mostly darker performers. I don’t doubt him, but Stanley still appears to miss the point and misunderstand the nuances of colorism in how they affect men, women, and gender-nonconforming folk differently.

One of the casting directors was fighting for his life under the Instagram comments. He said that the casting decision wasn’t whitewashing and colorist because everyone in the cast is dark and because it was only one person. pic.twitter.com/yxUxYkRi1F

Other missed opportunities in casting

I can’t stress enough that, for the most part, everyone did a great job. It’s just worth looking at how this film, while challenging some notions (such as how not-white parts of the west was), falls victim to similar issues.

The conversation on Mary’s miscasting opens up other issues with the cast. For example, Crawford Goldsby (a.k.a. Cherokee Bill), played by 30-year-old LaKieth Stanfield, died at 20 with a mother as a Cherokee Freedman, and a father a (multi-racial) white-passing Mexican American. While his age was important (“Bill” denoting his cockiness) and his recklessness was tied to the start of his life of crime starting in his teenage years, that isn’t a big deal to age up. That is a logistical issue.

However, finding an Afro-Indigenous actor or Afro-Latinx actor to play this part would’ve been the way to go. There were several spaces to include biracial actors in the 8+ male leads, as many are Black and something else. Including complicated layers of Blackness (like they did with Afro-beats in the soundtrack) would have pushed back against the stereotype that biracial men can’t be in more masculine roles.

Where women appear to be a sliding scale in media and there’s a bias that equates approximation to whiteness as to beauty and femininity, with men, it is much more complicated. In terms of casting light-skinned or biracial Black men, this could address the stereotype that lighter-skinned Black men are more effeminate. For more info (because there are not a lot of these discussions happening), see F.D Signifier’s video on Black Men and Colorism on Screen.

I know he meant that Avengers comment as a positive thing, and honestly, it could have just been the elevator pitch to stir up buzz, but this is a red flag. Marvel movies are Marvel movies. Other movies don’t need to be Marvel movies. Heck, fewer Marvel movies being Marvel movies wouldn’t hurt, either. I wouldn’t be so upset about this if it weren’t the first time we’ve gotten a version of this. Of the many, many things wrong with the 2019 Harriet movie starring I’m-not-one-of-those-Blacks Cynthia Erivo was the scoring rivaling a Marvel movie.

I remember sitting in the theater and taking in those auditory cues that something big was going to happen. These cues aren’t limited to Marvel movies, and with the exception of long-running series (Star Wars, etc.), you don’t notice them—unless you’re trained to. In the case of Harriet, they were framing the moment like a big Marvel battle scene when she was trying to help people escape the horrors of slavery. More heroic than made-up superhero battles, but the music and tone didn’t match it.

Harriet and The Harder They Fall are entirely different films sitting in different genres. However, they both depicted real Black historical figures from the same 50-year span and both are too influenced (by creatives, or people above them) by the millions made by Disney Marvel. Heroes or just regular people that existed don’t need to be compared to a superhero in this mass media format, especially so carelessly.

As the film stated, these were real people, and while Samuel and others were right that this wasn’t a biopic, it isn’t exactly like these Black figures (or any, really) are known well enough to use their legacy as a playground. Even with white people in history, there are few known well enough to warrant this. I talked through for a while with my partner, and really all we came up with was Abe Lincoln Vampire Hunter. Sure, that movie possibly created or fueled a conspiracy that the 16th president also fought the undead, but they’re in the minority.

To those who think it isn’t fair to hold Black directors and creators to a particularly high level of scrutiny from in and out of the community, all I have to say is I completely agree. However, because so few big-budget Black (or POC) films get made—I’m talking behind the camera, in front, and in the script—every movie matters. We are so desperate for representation that a certain media mogul, that being Tyler Perry himself, has made an empire from similar casting issues as The Harder They Fall times 1000.

Everyone deserves the right to screw up, but that comes with recognizing your mistakes and doing better. Not getting defensive when you screw up casting or painting some people as outlaws despite no evidence, like the main character (Nat Love, played by Johnathan Majors)! The movie would have been just as fun if most of the characters were made up or inspired by real people, but with different names. All we can hope for now is that this entertaining, fun film results in enough interest for a movie or miniseries featuring some of these people.