The Good Place Season 3 Is Back Tonight, as Sweet, Funny, & Unpredictable as Ever 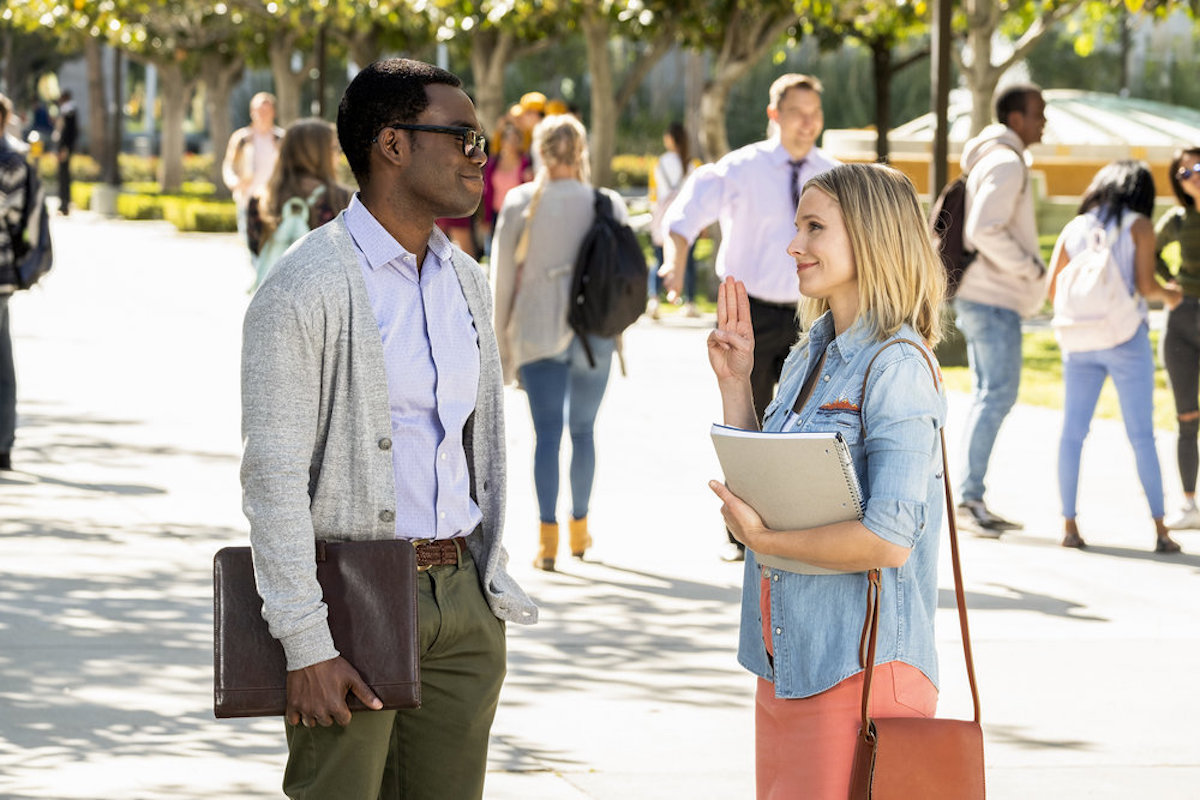 **There are no spoilers for season 3 here, but there is a description of general plot for the season 3 premiere. There are spoilers through season 2.**

NBC’s The Good Place returns tonight for its third season, and if there was any doubt, it’s just as perfect as ever. For two years now, this has been one of the best shows on television, hilarious and kind and full of surprises. This is a show that has repeatedly reinvented itself right in front of our eyes, and season three is no different.

The big question through all of season two (or at least one of many big looming questions) was what the group’s endgame could possibly look like. Were they hoping to get sent to the actual Good Place? A different version of the Bad Place? A new Medium Place?

As we learned in last season’s finale, there was a possible outcome that kept the gang from being sent to the Bad Place and Michael from being “retired.” In an effort to prove that these four humans had changed, or had the potential to change, Michael convinced the Judge (Maya Rudolph) to reset their timeline to before their deaths, to see if they could become “good” people and earn the points needed to get them into the actual Good Place.

If you remember, Eleanor’s near-death experience put her on the path to goodness, but by the end of the finale, Michael had to drop back in to give her a little nudge and point her towards the important missing component in her quest to change: Chidi.

And that’s the focus of season three. Michael has finally realized that the humans’ moral growth was rooted in their relationships to each other—and specifically, Chidi and Eleanor’s bond. So he commits himself to bringing them all back together, and it’s delightful to watch him manipulate them into doing so.

Michael may still be a literal demon, but he’s arguably shown the most growth of any character. He’s spent so much time with this group that he’s actually learned a lot about them. Sure, he used to use that insight for pure evil, finding ways to tailor their torture to their specific intricacies, but watching him use his deep knowledge of their inner thoughts and fears and desires in order to genuinely help them is a beautiful thing.

He’s always been fascinated with humanity, but he now obsesses over their wellbeing like a helicopter parent, micromanaging their realities to get a very specific outcome. And just as in previous seasons, he’s confounded when their reactions don’t play out as he expects. He knows this group intimately, but he still doesn’t fully grasp the power of free will.

There are a lot of great character arcs in this third season, but watching Michael struggle to understand and guide his friends is a total joy.

The Good Place couldn’t return at a better time. I don’t know if we can consider it escapism because it’s so smart and poignant (and this season does tease the idea that we might be in this real-life darkest timeline because of all the meddling Michael has done), but it’s also rooted in kindness and friendship and ethical growth. It may not be the show we deserve, but it’s the show we need.