Wow, Some People Sure Do Seem to Hate The Goldfinch Movie Adaptation 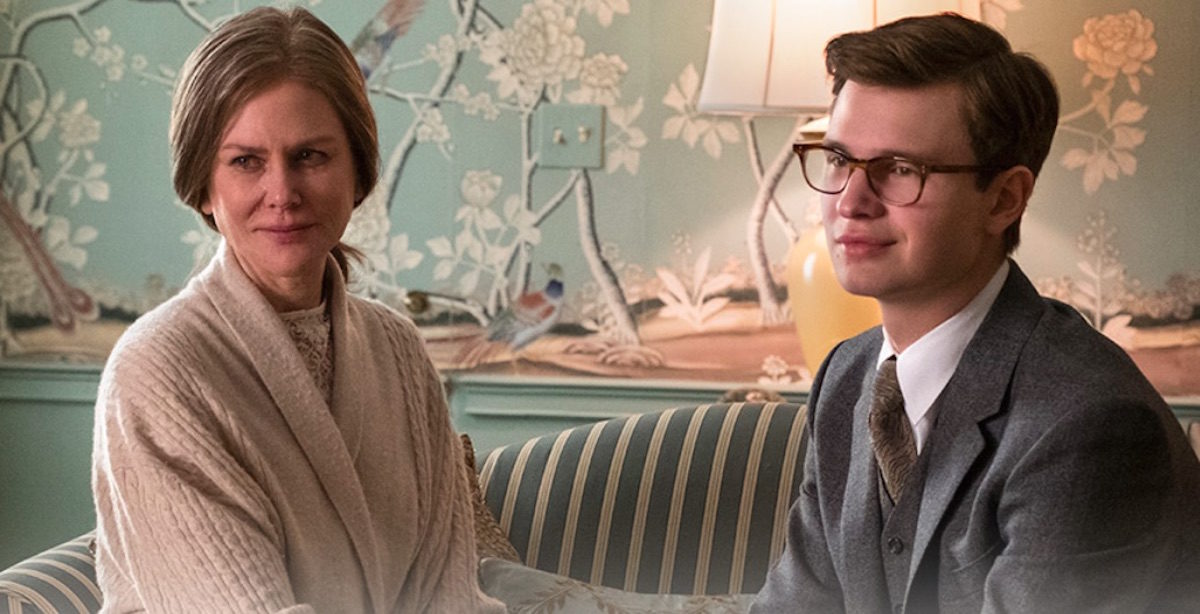 The Toronto Film Festival saw the first screenings of The Goldfinch, a star-studded adaptation of Donna Tartt’s novel. Tartt’s modern Dickensian tale divided critics and readers in book form, and it seems the debate will continue onto the screen. The Goldfinch won the Pulitzer Prize for fiction in 2014; reports say that the film has tried to be extremely faithful to its source material—a tactic that does not seem to have worked for some.

With about 30 reviews filed, The Goldfinch is currently at 28% on Rotten Tomatoes, and a negative critical consensus about it trended on Twitter. (Of course, it’s quite likely that score will go up once the press at large has had the chance to see for themselves.) The movie features the likes of Nicole Kidman, Ansel Elgort, Sarah Paulson, Jeffrey Wright, Luke Wilson, and Finn Wolfhard, and was directed by Brooklyn‘s John Crowley. Elgort stars as protagonist Theo, “a young man whose troubled childhood leads him to the world of art forgery.”

Let’s take a look at some of those Tweets. As with everything Goldfinch-related, folks are in a fighting mood.

THE GOLDFINCH is a disaster.

The embargo’s up on THE GOLDFINCH, a handsome, earnest and deathly dull adaptation of Donna Tartt’s Pulitzer Prize-winning novel. #TIFF19 https://t.co/odfgDvZPy9

THE GOLDFINCH is one of the worst movies I’ve seen all year. It’s shockingly bad. https://t.co/VJdD9rLDP1

{Update} This movie was astonishing bad. A long, meandering, convoluted mess that reeks of white privilege with no consequences for terrible actions. #NowWatching #TheGoldfinch

Listen/ subscribe to the podcast for the full review tomorrow -> https://t.co/9PUtVjXUCf pic.twitter.com/wAtw4uDo3e

THE GOLDFINCH is not at all a disaster! https://t.co/UTPpeKeqcd

Well. Ya know what. I’m gonna say it. I liked The Goldfinch.

okay, “the goldfinch” surpassed my expectations and was fucking fantastic #tiff19

Can’t believe I’m alone on this but THE GOLDFINCH is great. A heartbreaking coming of age meditation on grief. Oakes Fegley steals this movie. Had some structural issues here, and thought the ending doesn’t quite stick the landing but I’m not forgetting about this one. #TIFF19

Ardent fans of the novel like myself will ADORE #TheGoldfinch. It’s freaking awesome. Ansel Elgort has some great moments and Anuerin Barnard is uncannily perfect as Boris. But without a doubt the film BELONGS to Oakes Fegly & Finn Wolfhard. It’s like watching 2 different movies

The book appears to have a supportive, dedicated fanbase intent on following it faithfully to the film.

yeah anyways watch the goldfinch september 13th in a theater near you pic.twitter.com/lkmgAhjoiA

me reading some of the bad reviews of The Goldfinch pic.twitter.com/enxEZ7Wxql

It may boil down to an essential divide:

Can’t believe the news that The Goldfinch, a boring novel, has been turned into a boring movie, will wonders never cease

me getting ready to watch the goldfinch as every male critic hates it and calls it boring pic.twitter.com/CLOMFGi5ny

Without a horse in this race, I’ve been enjoying some of the resulting memes.

my therapist: the goldfinch ratings aren’t real, it can’t hurt you

Did you have an opinion on Tartt’s novel? Will you be seeing The Goldfinch? More importantly, what’s your dream cast for The Secret History?