The Goats Shall Inherit the Earth | The Mary Sue

The Goats Shall Inherit the Earth

Or at least Wales 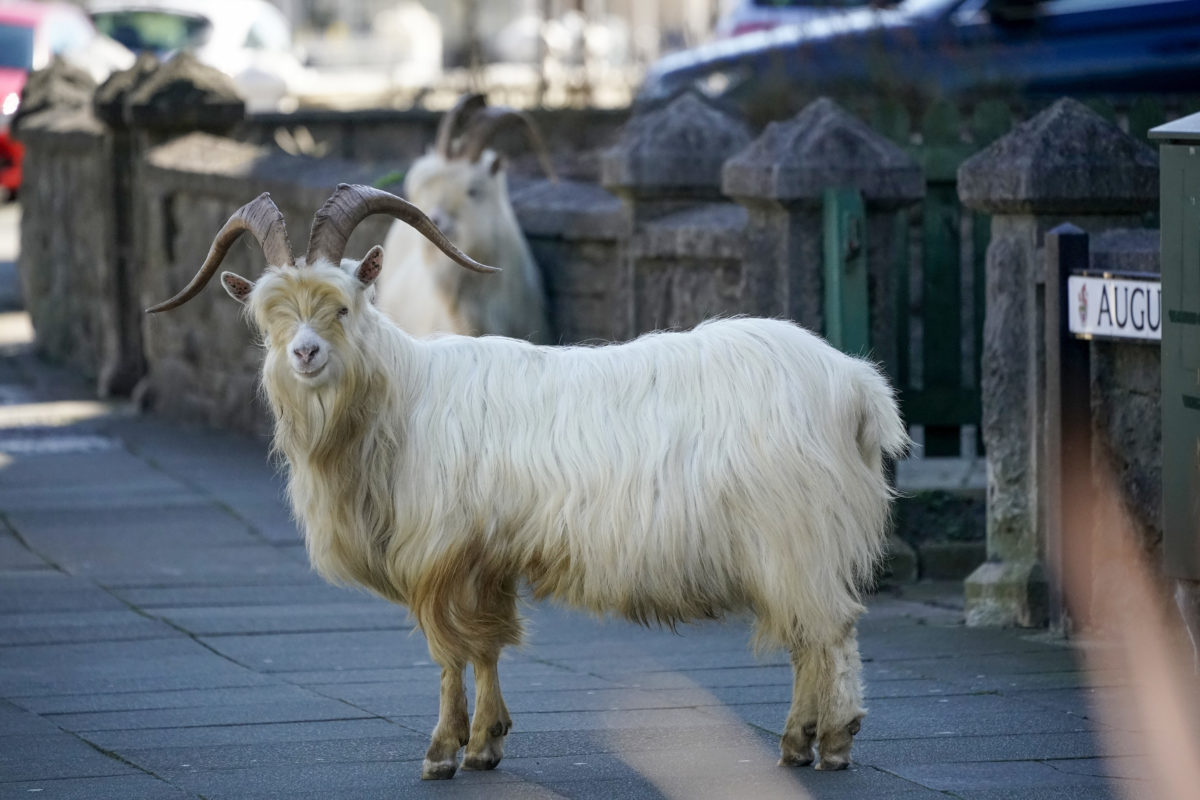 Coronavirus asked the local goats of Wales if they wanted to live deliciously, and the answer was of course yes. Thanks to the streets being cleared of human beings due to social distancing and self-isolation, the streets of the small Welsh coastal town of Llandudno have become overrun with beautiful goats.

Llandudno is a small town of about 15,o00 located on a peninsula in the North of Wales. Up until now the town was a quaint little resort spot full of cute shops. To the Northwest of the town is an area called the Great Orme and which is home to a herd of feral, wild goats. Yup. Nature is reclaiming the world. Well, Wales at least. 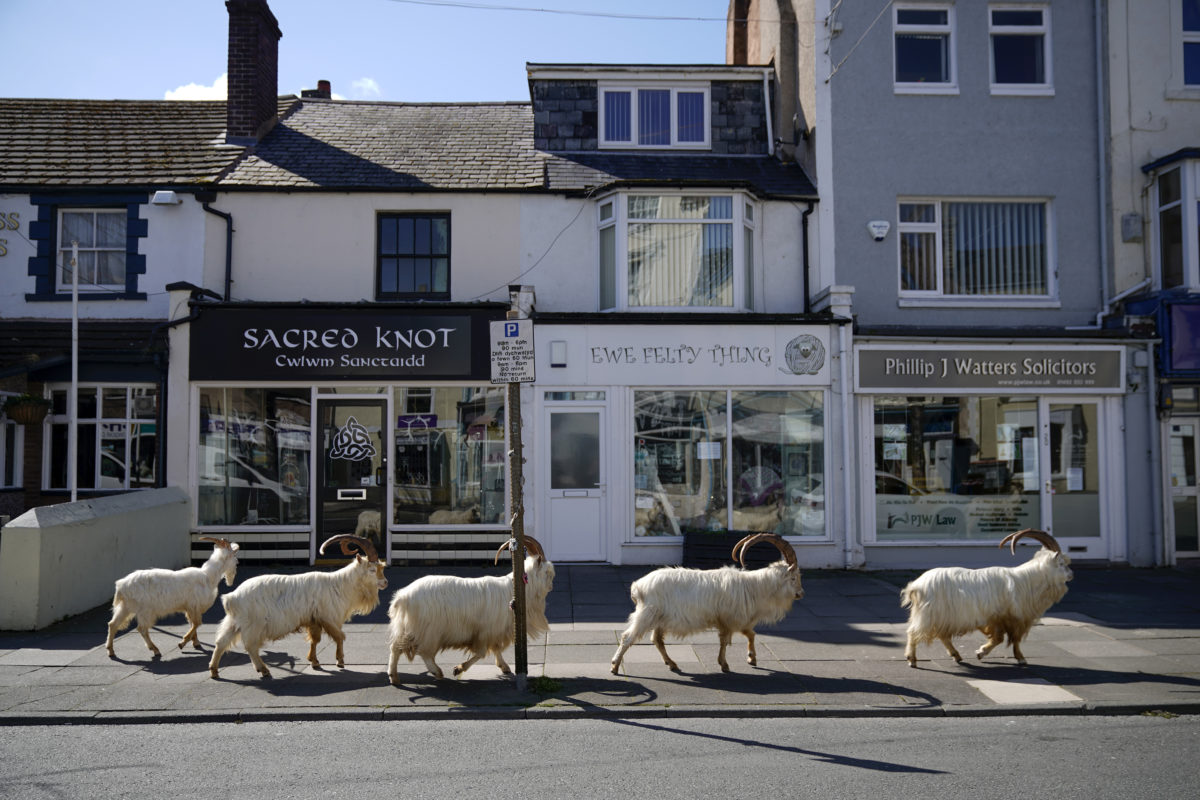 These are actually pretty special goats. They’re called Great Orme Kashmiri Goats, and there are about 200 in the wild around the great Orme. And yes, that’s Kashmiri as in India, but they came to the UK by way of Persia. The Shah of Persia apparently gifted queen Victoria a pair of goats for her coronation in 1837 and they bred and somehow ended up wild in this one part of Wales. Wild. 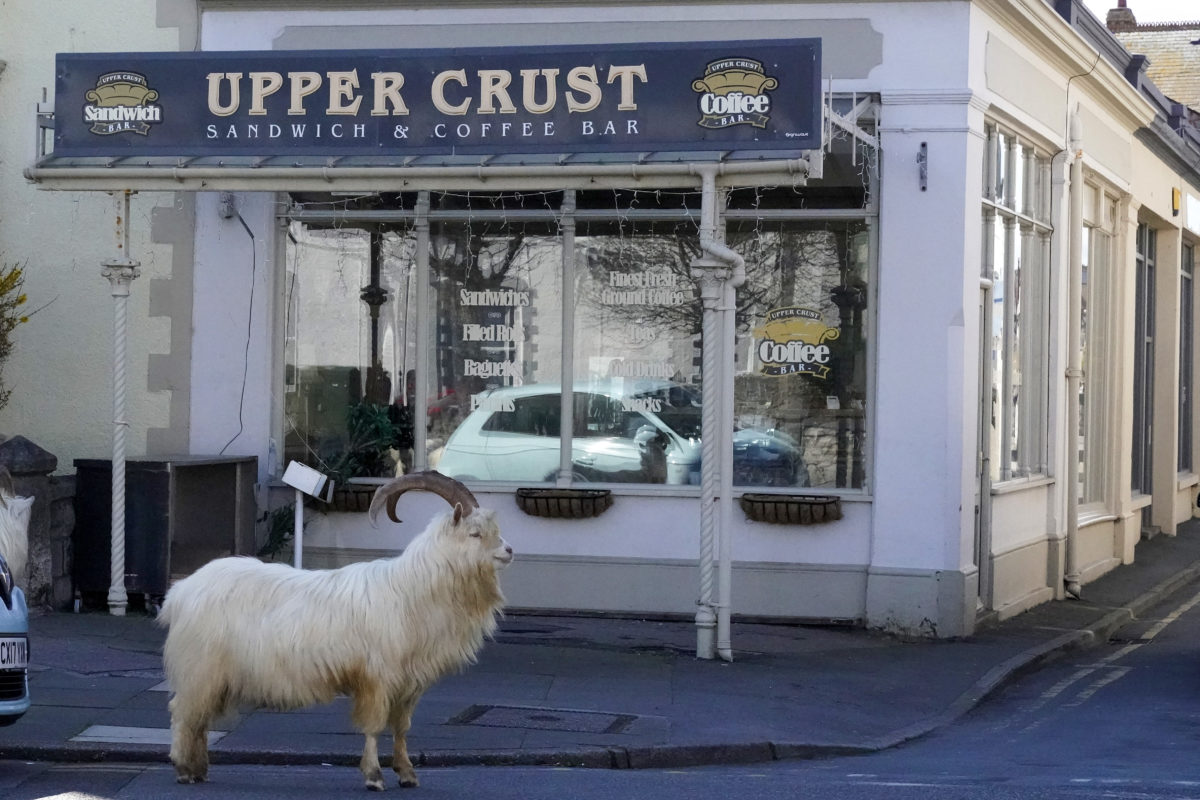 The goats of Llandudno are mainly doing what goats do: eating. They’ve been snacking on grass and looking fabulous. They’ve also, understandably, become a social media sensation.

The Llandudno goats are so much better with a West Side Story soundtrack.

Oh yes, as that tweet reminds us, we can’t forget that these aren’t the only animals that have taken to the streets now that the humans are all inside. A tiktok and tweet purport to show boars roaming the streets of Bergamo, Italy, but that hasn’t been verified. We’re cautious because some of the other viral shots of animals taking advantage of our social distancing have not been real.

Dolphins in Venice? Fake. And the swans in the canals were there before the coronavirus. Drunken elephants in China? Also fake. There’s a lot of nonsense out there and people can very easily make up a story to go with a cool picture and get 100,000 likes off of it. Which is what makes the goats of Llandudno so charming: they’re keeping it real.

The memories were lost long ago
But at least we have beautiful goats https://t.co/beoCmUFj7C

Maybe one day, we too will come down from our isolated mountain and reclaim our streets. But I doubt we’ll look as good.