No son of mine is going to race in this race! 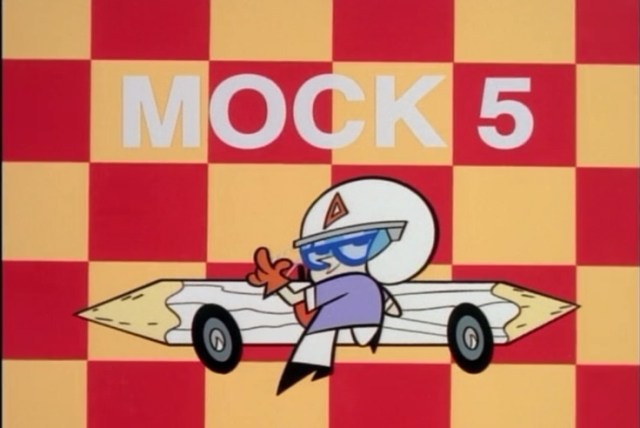 In this week’s Geekosystem Podcast, Carolyn infects the world with her Canadian U’s, and we talk about whether or not a person can lift/check-out a hundred books from the library, as well as the intricacies of in-universe Speed Racer character analysis.

Download the the episode on iTunes (And leave us a review if you haven’t already!), or listen to it here on TMS.

We talked a lot about the Speed Racer episode “The Car Hater.” If you’re unfamiliar with it, you can watch the episode on Hulu to see if it’s as crazy as Glen remembers it.

This week I had to recommend Dawn of the Planet of the Apes, because in spite of the sequel’s confusing title (you’ll hear us debate the chronology of Dawn/Rise in the episode), I loved this movie. I’m admittedly a sucker for post-apocalyptic films and well-done summer movies, but I can’t remember the last time I had such strong feelings for a blockbuster. Dawn is visually awesome, consistently surprising, and definitely warrants several conversations on the inherent evil (or lack thereof) of our species. My one caveat is that the female characters in Ape are sadly one-dimensional, which seems like an oversight considering the otherwise complex world the movie creates.

Dan’s pick should be familiar to you already because it’s Snowpiercer! Hooray!

Our own Rebecca Pahle already reviewed the movie on The Mary Sue, but my pick this week echoes her sentiments that you should definitely see Snowpiercer. It’s about the few remaining survivors after humanity accidentally freezes the globe and the train they live on that keeps them all warm and alive.

It’s got Tilda Swinton, Chris Evans, John Hurt, Alison Pill and more, and it’s a pretty fresh take on a familiar premise. You can go see it at the movies or download it on iTunes (and other On Demand services, probably) for significantly less money than it would cost to go to the movies with some friends.

My pick this week is Seconds: 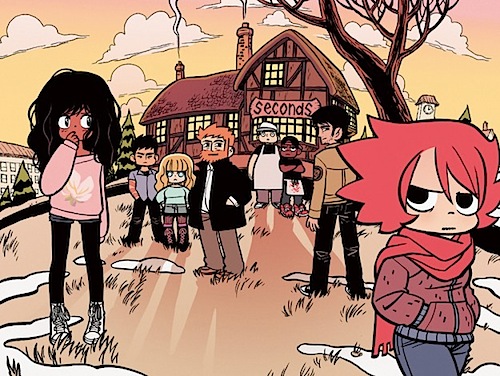 This week I recommend that you all go out and get Seconds by Bryan Lee O’Malley, who also wrote the Scott Pilgrim series. Unlike Scott’s story, Seconds is a self-contained single-volume and full-color graphic novel; it follows the story of Katie, who is given the chance to correct a mistake she makes over the course of a day at work and starts abusing her newfound power to solve all her problems, which only causes more problems for her. It’s not necessarily an original concept in and of itself, but the way O’Malley uses the trope works really well here, especially with a female protagonist. After all, it’s rare to find female comic book characters who start out immature and are allowed to work out their flaws as the story develops. That tends to be reserved for male slacker types—kind of like Scott Pilgrim, actually. Anyway, it’s a really moving and interesting story that I think a lot of TMS readers will love.

And finally, Glen’s pick is the new album by Weird Al:

This week I’ve been really into Weird Al Yankovic’s Mandatory Fun, but not just the album itself. Also its execution. Both are a great example of why Weird Al is still a cultural icon decades after he started parodying songs on Dr. Demento’s radio show. I made sure we posted all eight new music videos from the album, but so did practically every site on the Internet. The Wall Street Journal even ran the last one “Mission Statement,” which made fun of all the dumb corporate nonsense speak used by people who read The Wall Street Journal. Maybe they didn’t get the joke?

We’ve all heard most of the album with those videos, but you can hear the other four tracks–including another wonderful polka medley of pop songs–if you buy the album. And I do mean buy it. Amazon has the digital copy for $6. Don’t be a heel.