All the Trailers I Fangirled About From The Game Awards

There's so much to look forward to! 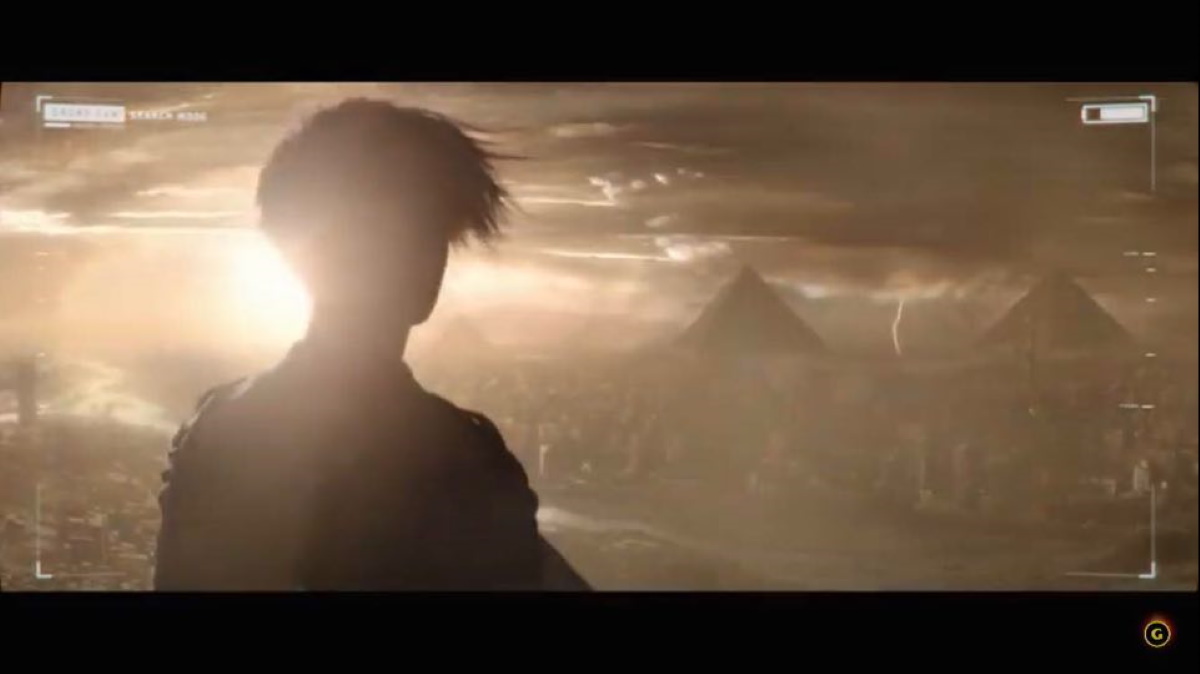 One of the biggest reasons to watch The Game Awards every year is to see what gets announced so you can figure out which developers are coming straight for your wallet. This year was no exception, with hours worth of announcements that trended throughout the evening. I’m going to share all the trailers that made me screech like a banshee. These are in the order they were shown and range from me being curious, to excited, to entering a galactic, WTF AM I SEEING RIGHT NOW I HAVE NO IDEA BUT I LIKE IT I THINK??? avatar state.

Look at this cute child going on this aesthetically pleasing tropical adventure!

Ever since games like Limbo, I’ve been really into games that use shadow elements like this. I adore this trailer’s storybook style presentation and how it looks like we’re using the protagonist AND their shadow. This is definitely something where I’ll be staring at the art while trying to focus on the game.

Not a trailer, obviously, but this live performance of Last Surprise from Persona 5 Strikers is too good not to share. The music in this series is unstoppable. Lyn didn’t have to go so hard, and yet, here we are!

You immediately have my respect if you premiere at The Game Awards wearing a Black Trans Lives Matter shirt. Initially, I thought this was another cool music intermission, and yeah, it is, but it’s also advertising an upcoming interactive series for Spring 2021.

What a way to start the show! And yeah, I said start, because everything before this actually took place during the pre-show.

Every time there’s a whisper about a new character coming to Smash, everyone starts speculating who it could be. (Sora. It’s always Sora who ends up trending.) To everyone’s surprise, it was this one-winged asshole (I say that with love, y’all). I’m still shook over this dude getting an invite and going straight for THE Nintendo mascot.

Joanna is that you?!?!?!?!?!?!?!?! I just … WHAT??? Kudos to the trailer for not revealing the title until the end. I was calling it The Initiative until I saw that silhouette and that iconic logo. Extra nice touch since that’s the name of the studio.

You know how we all used Animal Crossing to hang out with our friends this year? I wish to do that, but in this game, for hours on end, because this is the closest thing to a Left 4 Dead sequel or reboot or whatever that I’m going to get.

When this trailer played and gave me serious Dead Space vibes, I knew that I’d just have to hide behind a pillow and endure the dread.

I immediately recognized this latest development from the creators of Gone Home. Instantly interested. Without a doubt.

I have something to confess. I’ve … never played Dragon Age. I know, it’s one of my (many) video game shames. But look, even if I haven’t played it, I can tell you that this trailer did exactly what a trailer should do: get me interested.

This environment. This art style. This song. Please, tell me more!

Translation: Yes, this is just adding a new character to an existing game but LOOK AT HIM!

Thank you Fun Translations for putting this in Chef speak!

Ok look, I didn’t know about this until last night. I’m sorry. I’m sorry. I see it’s been announced already, but I’m still excited to be in a production involving cats that isn’t an off-putting musical, ok?

This looks like the type of game where, if there is an overarching plot, it’s going to take me 50 years to get to it, because I’m going to be busy enjoying the peace and tranquility of riding my bike all over the land.

Yes, we all had fun on Twitter discussing how the new Fast & Furious looks amazing, but I think they’re going to space in that one? So this clearly comes next, you know, when they time travel? I know nothing of this series. All I know is that Vin Diesel keeps landing roles that his nerd self has been dreaming of, and I adore that.

Since I can’t get together with friends in person to ruin Christmas, might as well do it in Fall Guys.

Apparently, this was announced before, too. Like, WHERE HAVE I BEEN??? Look at this hardened rabbit doing his best!

Honestly, I thought they were about to say that this was a new character pack for Dead by Daylight. I’m sooooo glad it’s a full game!

I mean… I’m going to die a million times, and if I ever do get to the end the game, it will laugh at me and send me back to the beginning, but … it looks rad! Also, there’s apparently going to be a Capcom Arcade Stadium as a free download, perhaps to soften the blow of Ghosts ‘N Goblins being way too damn hard.

(Ok I knew about this but LOOK A RELEASE DATE!!!)

Ok. Let me get this straight. This co-op-only game has a system where if I buy the game I can use a friend pass to get a friend a copy FOR FREE so we can play together?! I mean … I was already on board because of the hijinks in the trailer, but damn, way to sweeten the deal.

Just when you think the protagonist is out of weapons there’s a mech arm and lightning. Let’s head West, y’all!

Another title I didn’t know about (cry)k, but since I’m action JRPG trash, this has automatically been added to my shopping cart.

See my comments about Dragon Age and don’t judge me too harshly, please and thank you.

Thus concludes my trailer round-up for The Game Awards! What games are you excited for? Are there any that weren’t shown that you’d hope to get more details about? I’m waiting patiently for a release date for No More Heroes III while my gaming pipe dream (because we all have one) is some kind of new Metroid title.