The Future of “Fat Thor” Is Unclear Despite Finished Thor: Love and Thunder Script 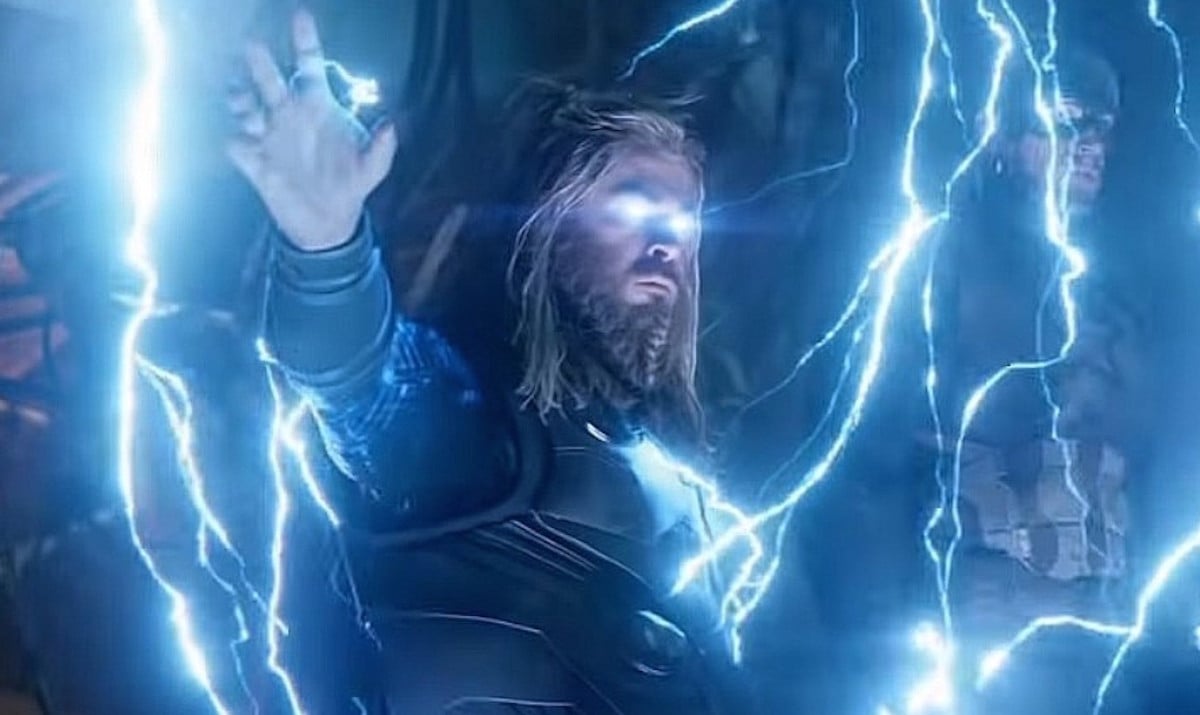 Will “Fat Thor,” the character whose body is supposed to be a manifestation of trauma but ended up being a figure of great discourse, return in future incarnations of the Hemsworth version of the character, or end up mostly a gag in Endgame?

According to an interview with Yahoo, director Taika Waititi was asked what is to become of Thor’s physique in the upcoming Thor: Love and Thunder film. Waititi said that while the script is indeed complete (yay!), the subject of Thor’s weight is still an ongoing debate at Marvel, because they’re still figuring out timeline issues.

“We’re trying to figure out how long — how many months or years — this is after ‘Endgame,’ at what point does this take place?,” Waititi said. That leaves me with a bit of concern, because I would like the script to address that aspect of Thor’s character in healthy ways. If Thor did suddenly lose a lot of weight, would we also get to hear that he got to that size by getting some actual help to deal with trauma, rather than just “eating salads,” as his late mother recommended? If Thor is still fat, I’d be interested in seeing how they would address how it’s a manifestation of his sense of loss.

The character of Fat Thor has been controversial because, for some, the character seemed to be treated as a running fat joke, from the way he’s introduced to the comments that the people make around him, and for others, he is a realistic depiction of a depressed person putting on weight, and the jokes highlight fatphobia.

Endgame screenwriters Christopher Markus and Stephen McFeely have defended Thor’s portrayal, with Markus saying back in May, “Thor had been on a mission of vengeance in the last movie, so we couldn’t put him on that. What is the end result of a guy who has lost so much and just blatantly failed? We wondered, ‘Okay, well, what if he does become a sort of depressive alcoholic?’ And the weight gain was just part and parcel of that state of mind.”

Markus continued, “I know some people are sensitive about some of the humor that comes from it, which I understand. But our issue that we wanted him to deal with was his emotional state that his mom addresses. And I think he is the ideal Thor at the end of the movie, and he’s carrying some weight.”

Mary Sue editor Kaila Hale-Stern made it very clear that, for her, the intentions may not have been malicious, but the result was clear:

We live in a fatphobic culture where larger people are subjected to derision in the media and seeing them derided is par for the course. The audience roared with laughter on cue at my screening. Social media has been full of people who love “Fat Thor.” People I know and trust have loved “Fat Thor.” But the “gag,” as it were, strikes me as juvenile, outdated, and utterly unnecessary.

And there are people I do trust, like Kate Sánchez, founder of “But Why Tho?” who has said that when it came to Endgame, “[…] Thor was my favorite of this film. Depressed, alone in a room full of people, and unable to admit that he needs help, I saw myself in him. In his weight gain, in his panic attacks, and in his ability to push through. I loved how the film handled him and explored a character who has been at a breaking point since the last installment, Avengers: Infinity War.”

I find myself somewhere in the middle. I think that Thor’s weight gain, especially because of how much we focus on Thor’s body in the films, was a meaningful choice. Despite being the Strongest Avenger, you can see that because he has gained weight, no one can see that strength anymore. No one really seems to care about his pain, and that is heartbreaking. Anyone who has dealt with trauma can look at that and connect. Where it breaks for me is when his dead mom says he should eat a salad.

Thor, who has lost everything. His entire family is dead, and he helplessly watched his baby brother get murdered for trying to save him after they finally reconciled. He gets to see his mother, another person he couldn’t save, and Freya is so perfect when Thor sees her again. She is understanding, can instantly tell her son is lost in time, and … ends all her wisdom making a fat joke. It just shows me that while Markus can say viewers are “sensitive,” they are the ones who wrote that joke and all the other fat jokes that were gratuitous and unnecessary to exploring this side of the character.