The Fresh Prince Reunion Demonstrates How Forgiveness Should Work

This isn't just a story, it's a lesson 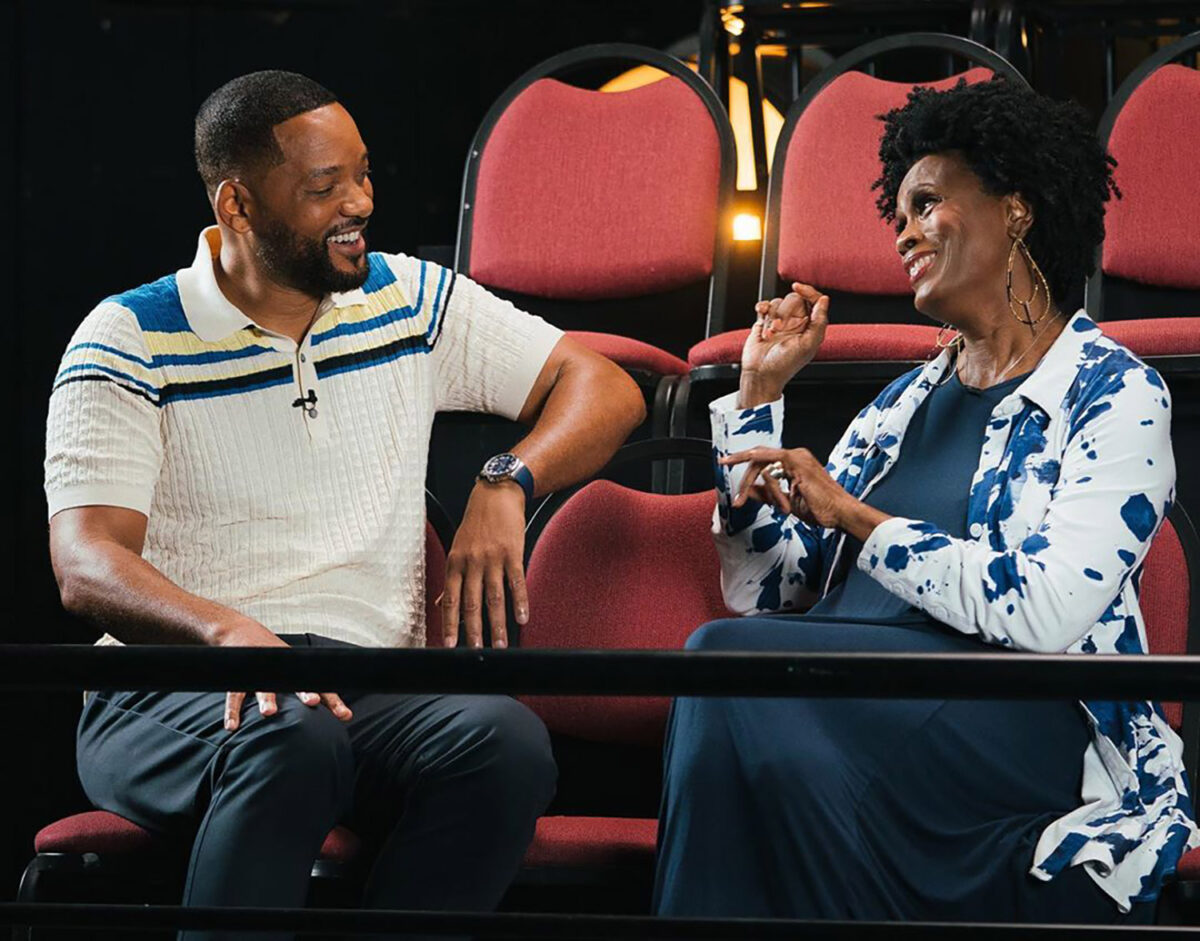 There aren’t a lot of family sitcom reunions I desperately needed, but The Fresh Prince of Bel-Air? Yeah, HBO Max hit my entire heart with that one. I watched it, cried twice, and would consider watching it again just to see this Black family unit come together again. And really, that’s what the entire special felt like. For an hour and fifteen minutes, I got to watch a family sit in the living room they hadn’t seen in decades.

It feels wrong to call it a set, to be honest.

From the touching tribute to the late James Avery, to the laughs shared watching a young, tracksuit-wearing Alfonso Ribeiro’s audition tape, it truly gave me the coming home vibe of many a family reunion. Seriously, all that was missing was someone pulling a photo album out of a closet (though I guess the episode clips kinda serve that purpose).

But just like any family, as Will Smith says, there’s the stuff you don’t talk about.

Fans of the series were surprised to hear that Janet Hubert, the OG Aunt Viv herself, would be attending the reunion. It’s no secret that there’s been animosity between her and Will over the years, the tea’s been spilled enough times to overlap the stains in the carpet at this point.

So I was surprised to see this tweet yesterday when the reunion became available for streaming:

#FreshPrinceReunion Thank you all for the love…the understanding especially you Will. It was amazing seeing you all again. Be blessed, this is my story all about how…healing happened.

So let’s talk about forgiveness, especially since a lot of folks lately have been championing the idea of reaching out to those who’ve wronged you with no reassurance of growth on their part. There’s this “be the bigger person” narrative that can be really harmful to the wronged party if the person who’s hurt them has done nothing to earn the trust they’ve damaged.

Here’s the first thing that really stuck out to me with this moment between Will and Janet: they talk to each other first. A lot of people, when they preach forgiveness, do it in a way that’s so public that it borders on being violating. There have been some very loud, very dismissive calls to forgive folks who have hurt us whether or not they’ve shown any signs (or interest) in doing better. These calls have been done in a way where you can absolutely be gaslit into just letting bygones be bygones.

But on The Fresh Prince Reunion, Janet doesn’t immediately go into the room with the rest of the family. That wouldn’t be genuine and could’ve, potentially, done one of two things: 1) no one talks about it so no one gets uncomfortable, meaning it hangs in the air like an awkward elephant 2) everyone gangs up on the person they don’t side with.

Besides, the conflict is between Will and Janet, so that’s who should be talking.

The other thing I appreciate is that it’s clear that Will reached out to Janet. It’s clear that Janet is the hurt party in this scenario and she’s the one who was hit hardest (as she talks about during their conversation). Even if Janet clears the air over her publicized “firing,” Will has to be the one to make the first move and make sure she’s comfortable enough to talk to him.

He wasn’t hurt the way she was, so he needs to open up communication, not her. A lot of people leave it up to those who are hurt to reach out, never considering their feelings, and instead painting this “bigger person” image that they think is a good look. What that actually does is force the hurt party to suffocate their feelings, not letting them air them out for necessary healing.

This is crucial to see as a Black woman.

Black women have so many knocks against them already. Janet’s comments about how words affect us are painfully true. It didn’t matter who started the rift between her and Will, as soon as Janet was deemed as being difficult, that was it for her. All Black women, especially dark-skinned Black women, know that those labels can impact their entire wellbeing. Janet was given space to express those sentiments and Will listened.

Will’s entire dialogue was a balance between “I messed up but I’ve learned better” and “I didn’t think about what you were going through.” He admits to not being in a place where he considered someone else’s feelings. There’s no moment where he tells her how he feels she should’ve acted, no moment where he shifts the blame on her, no “both sides” moment where he faults them both. He only faults himself. If you’re trying to get someone to warm up to you after conflict you can’t just apologize, you have to admit your missteps, learn from them, and show signs of growth. Janet sees that, which is how she’s able to open up more and reach the point she hit in that tweet I shared.

And like, you can tell these are two people who wanted to be at this point with each other. As soon as they see each other they hug. But they both had to be in the right frame of mind to be able to sit and talk, and sometimes, that takes a whole lot of time. I appreciate that there never was a moment where either faulted the other for “taking so long,” which is something else that happens in these situations. People are accused of holding grudges without an attempt to acknowledge the fact that, yeah, until the person who hurt you makes a genuine effort and you are ready to let them in, that hurt’s gonna be there.

Hearing everything Janet went through personally and publically? Yeah, that’s not a grudge, that’s pain, but I definitely remember hearing plenty of “angry Black woman” takes about a woman who lost everything. “She’s just bitter.” Can y’all please stop mislabeling pain like this?

After Will and Janet reconcile we get the moment where she meets up with the rest of the cast. Janet walks in, on her own, at her own pace, instead of Will bringing her in or introducing her. This is vital to me. I’ve dealt with people making a grand show of “doing the impossible” when it comes to mending relationships. It shouldn’t be about you, though. It should be about the person who has healed enough to take these steps again. Janet coming back isn’t about Will, it’s about Janet, so she gets to be the one who walks into that living room once more.

This isn’t at all what I expected to gain from this reunion, but it’s exactly what my heart needed to see. Even if I’m definitely of the mindset of not having to make the first move if I’m hurt there are enough opposite takes that make me question myself. But watching this reaffirmed how making amends shouldn’t fall on the hurt party’s shoulders, how there’s no time limit to healing, and how forgiveness is something that needs to be earned, not given out because “take the high road.”

Wishing you love and light, Janet, and the rest of the family who can, apparently, still teach me something after all these years.