The Frankenstein Chronicles and the Problem of Sean Bean 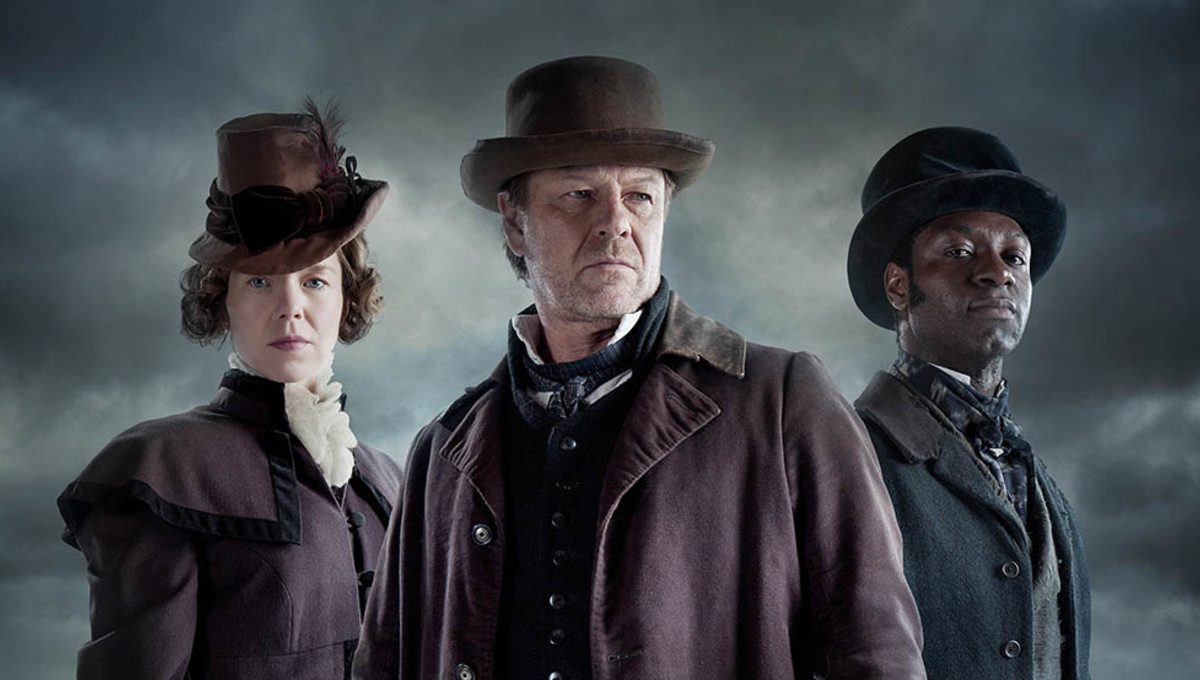 [Spoilers for The Frankenstein Chronicles ahead.]

I wrote this piece last month and didn’t publish it, deciding that I felt so conflicted about Sean Bean’s role in The Frankenstein Chronicles that I did not wish to draw more attention to the series. But today a new glowing review of the show appeared, and it made me want to shake the mothballs from this and let it see the light. We need to talk about Sean Bean’s alleged history with women, even if I don’t want to give him the time of day.

But LaSala’s take reminded me that I continue to see zero mention of Sean Bean’s alleged past abusive behavior mentioned in the same breath with his work, and that we are now living in an era where this is unacceptable. We can divorce The Frankenstein Chronicles from Bean, but we can’t divorce Bean’s alleged actions from the fact that he continues to be a highly lauded and powerful actor starring in vehicles like The Frankenstein Chronicles.

The news that Bean has long been included in round-ups of actors’ alleged assault by reporters who wonder why he escaped any repercussions for his alleged abuse may not be widely known to most reviewers and audiences—I believe that’s why discussion of this has been absent from Frankenstein Chronicles discourse. So let’s dive in.

In late February, Netflix began airing the cult British drama The Frankenstein Chronicles, a dark supernatural detective show set in 1827 that riffs on classic literature. These are all things that I love. What do I hate? That the show’s star, Sean Bean, has a long and allegedly abusive history with women.

But first, the show, which is bigger than Bean alone:

Shown in Britain starting in 2015 and now streaming into millions of households as an acquired Netflix Original, The Frankenstein Chronicles soon began trending and was recommended to me for viewing. I watched the first two seasons in the space of a few days. The premise at first is deceptively simple: John Marlott (Bean), a rough but honest Inspector in a time before a centrally organized police force, discovers a mysterious body washed up on a riverbank. The body turns out to be a composite comprised of eight different children stitched together, Frankenstein-style, and Marlott is charged with solving the horrific crime.

Chronicles is not for the faint of heart: there are moments when it goes for horror movie-style jumpscares, and its content is on the whole unsettling. But Marlott’s quest to track down the killer, as well as find a missing child while his own tragic past is revealed in mercury-induced flashbacks, is compelling. As he navigates a teeming London fraught with the politics of the age—especially questions of science, religion, class, sexuality, and morality—history and detective series buffs will be hooked. The show is well-acted and well-crafted; on its own merits it deserves to be praised.

The first season lagged in places for me, and definitely lets Marlott muddle about chasing after shadows for too long. But add in a cast of compelling characters—Marlott’s trusted friend, Officer Nightingale (Richie Campbell), who explodes the notion that British period dramas can’t feature people of color in prominent positions, authoress Mary Shelley herself (Anna Maxwell Martin), running from her past, Ryan Sampson as my favorite character, the hard-hitting, top hat-wearing reporter Boz, and the excellent Ed Stoppard as the all-too-philanthropic Lord Daniel Hervey—and it’s hard to look away from The Frankenstein Chronicles, even if you want to.

Then the series gets flipped on its head in its showstopper of a first-season final episode, which changes everything more profoundly for the protagonist than any other show I can think of in recent memory. It’s incredibly well done, and there’s no way you won’t click through to season two if you make it that far. On the whole, I found the second season to be much stronger than the first, partially because of what happens with Marlott and the more fun the plot has with its supernatural elements.

That’s everything good I wish to say about the show.

The problem for me with The Frankenstein Chronicles lies with Sean Bean, who not only stars in almost every frame but serves as co-producer and executive producer. Bean’s allegedly abusive history stretches back to at least 2008 in the press, when the police were called to the home of Bean and then-fourth wife Georgina Sutcliffe multiple times for domestic disturbances, and Bean met with an arrest for allegations of domestic abuse (Sutcliffe later dropped the assault claim). He was then was arrested on suspicion of harassment for allegedly sending Sutcliffe harassing messages following their divorce. In 2015, The Huffington Post mentioned Bean in an article that wondered, long before Harvey Weinstein became a household name, “Why Do Famous Men Keep Getting Away With Violence Against Women?”

In October of 2017, Courtney Enlow at Pajiba included Bean on her “List of Men Accused of Assault Whose Careers Turned Out Just Fine,” a rundown that also includes Casey Affleck, Woody Allen, Roman Polanski, Louis C.K., Mel Gibson, Brett Ratner and many, many more. While some of these men have since seen their careers affected by allegations now that such accounts are actually causing career slow-downs, many have not. Bean would still appear to be doing just fine.

In our newfound era of #MeToo, Time’s Up, and the reckoning that powerful people are finally starting to face for their alleged behavior toward women, men, and children, I struggled with whether I should discuss The Frankenstein Chronicles on The Mary Sue at all. Unlike, say, a Woody Allen movie, which comes into being because of Allen’s vision, Bean is not the creator here: he did not direct or write or conceive of the show.

Scroll through the IMDb credits and you will find hundreds of actors, writers, technicians, special and visual effects wizards, costumers, makeup artists, stunt performers, set designers, camera operators, and on and on and on who all worked to make The Frankenstein Chronicles come to life. They do not deserve to have their work go unacknowledged; the involvement of one man cannot cancel out what they made; from a technical and aesthetic perspective, the show is a triumph.

Yet how are we to totally separate The Frankenstein Chronicles from its featured actor, producer, and main character? Should we even try? We can’t forget that the problematic Bean is a driving force herein, complete with that producer’s credit—and that he still retained so much star power even after his history of alleged incidents that his name is a draw for many.

To most people, Bean is Boromir and Ned Stark and a dozen other memorable characters, most of whom die spectacularly on-screen. It’s not hard to see how he got to play Marlott in a pre-MeToo age. But had the allegations that followed Bean been taken more seriously in the past, or had prior ramifications for his career back then, it’s quite possible he would not have acted the role of John Marlott in the first place. And then I could be happily dissecting The Frankenstein Chronicles from top to bottom for its tropes and tricks and twists, instead of worrying about its leading man.

Will the allegations against Sean Bean ever start to matter in a visible way—say, how Casey Affleck did not present at the Oscars, or fans’ ongoing outrage at Johnny Depp’s casting in, well, anything? Or if Bean is confidently innocent of past alleged abuses, will he ever address them? If not, will those allegations impact the roles and opportunities afforded to Bean in the future?

It doesn’t seem like it, since Netflix chose to roll out The Frankenstein Chronicles with fanfare, and I’ve not seen mention of Bean’s alleged abuses in any of the show’s reviews or write-ups. Once, an actor’s personal life and allegedly checkered history would not necessarily have been mentioned in conjunction with their productions. But times have changed. Time’s up.

If the show catches on with Netflix’s audience it will probably see a third season, and it’s hard to imagine that Bean wouldn’t be front and center. The fault here lies not with The Frankenstein Chronicles so much as the environment and the creatives with authority who brought this into being starring Bean. I want to talk about this show for being a strong genre period drama, but I am hesitant to appear that I am celebrating Bean’s casting. And while as a Chronicles fan I’d love to see a third season someday, I’d equally love to see Bean’s alleged history be a vocal part of the conversation if he’s going to remain front and center.

So how should we talk about The Frankenstein Chronicles? Should we, or should we let it die?