Star Wars: The Force Awakens Has Already Made $50 Million, and It’s Not Even Out Yet 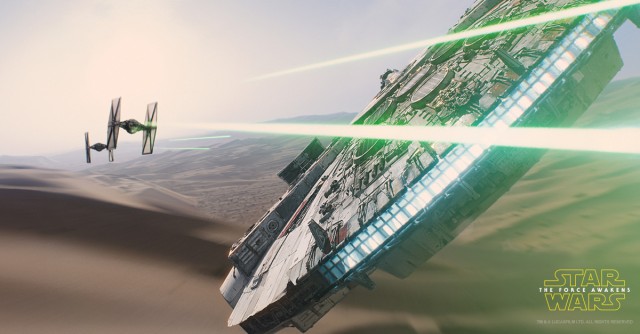 Fifty million dollars would be a terrible amount of money for Star Wars: The Force Awakens to make … by the end of its run. However, to make that much money before it’s even hit theaters is yet another record under the massive sequel’s belt, because that’s just what it’s done so far, according to The Hollywood Reporter.

No other movie even comes close. The previous record was $25 million for The Dark Knight Rises, so it’s probably safe to say The Force Awakens will rule this particular galaxy for some time, and it still has a few weeks to go, so that $50 million number (just North America only, by the way) will likely climb even higher. Disney’s probably feeling pretty secure about the movie’s $200 million budget right now.

We’ve mentioned before that pre-holidays isn’t exactly the ideal time for record-breaking box office numbers, but that doesn’t appear to be able to repel firepower of Star Wars‘ magnitude. This is all to say nothing of the merchandise sales, which have likely already been through the roof on tiny, round droids alone. (I’m still pulling for Disney to do a switch on us all and have BB-8 to turn out to be evil right under our noses.)

So, have you bought your ticket yet? Are you one of those who will push this number even higher? Have you started having nightmares about missing your showing and the rest being sold out? No? Just me?

(via THR, image via Disney)