Review: You Must Jump Aboard With HBO’s The Flight Attendant | The Mary Sue

Review: You Must Jump Aboard With HBO’s The Flight Attendant

Five out of Five mini vodkas 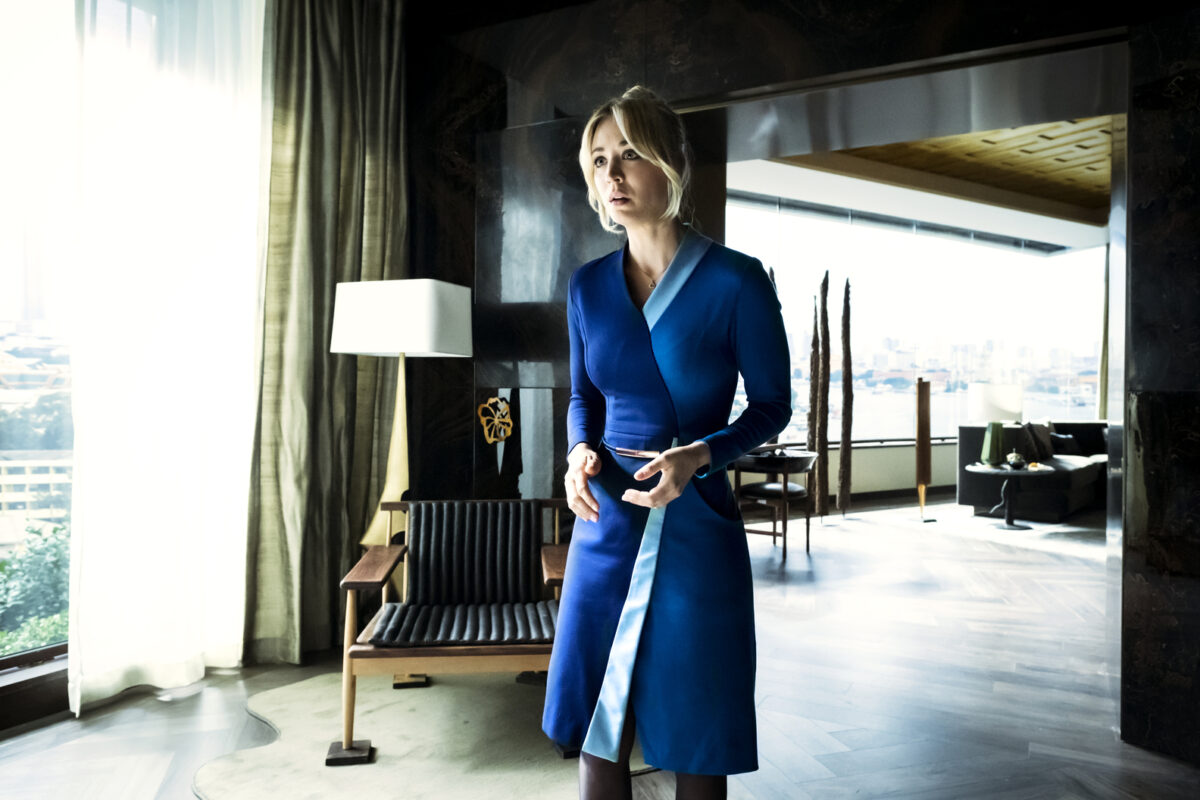 Often, when critics get screeners for a season of a streaming television show,  we’ll get a full season. That’s a lot of television to watch in a short amount of time, so when I received four episodes of HBO Max’s new darkly comic thriller The Flight Attendant, I was relieved that I could space things out. Little did I know I would finish the fourth episode gasping and practically shaking my computer for more.

The Flight Attendant is twisty, emotional, shocking, and wildly entertaining, and it’s already one of those shows I will be hounding people to watch for the foreseeable future. The show balances moments of surreal horror and pitch-black comedy with incredible aplomb, showcasing a wonderfully diverse cast who brings their A-game to every scene.

The show is based on the novel of the same name by New York Times bestselling author Chris Bohjalian and comes from the mind of Steve Yockey, who penned many of my favorite episodes of Supernatural in recent seasons. With this material, Yockey and his writers, pardon the pun, truly soar taking us deep into character while never losing the show’s brisk tempo and tone.

The Flight Attendant tells the story of Cassie (Kaley Cuo), a first-class flight attendant on an international airline who likes to drink, flirt, and party to avoid the trauma of her past. This seems to be a good strategy until she hooks up with a  handsome passenger named Alex Sokolov (Michiel Huisman) on a flight to Bangkok. They share a romantic, booze-soaked night in Bangkok, but things aren’t so great the next morning when Cassie wakes in bed to find Alex murdered beside her. 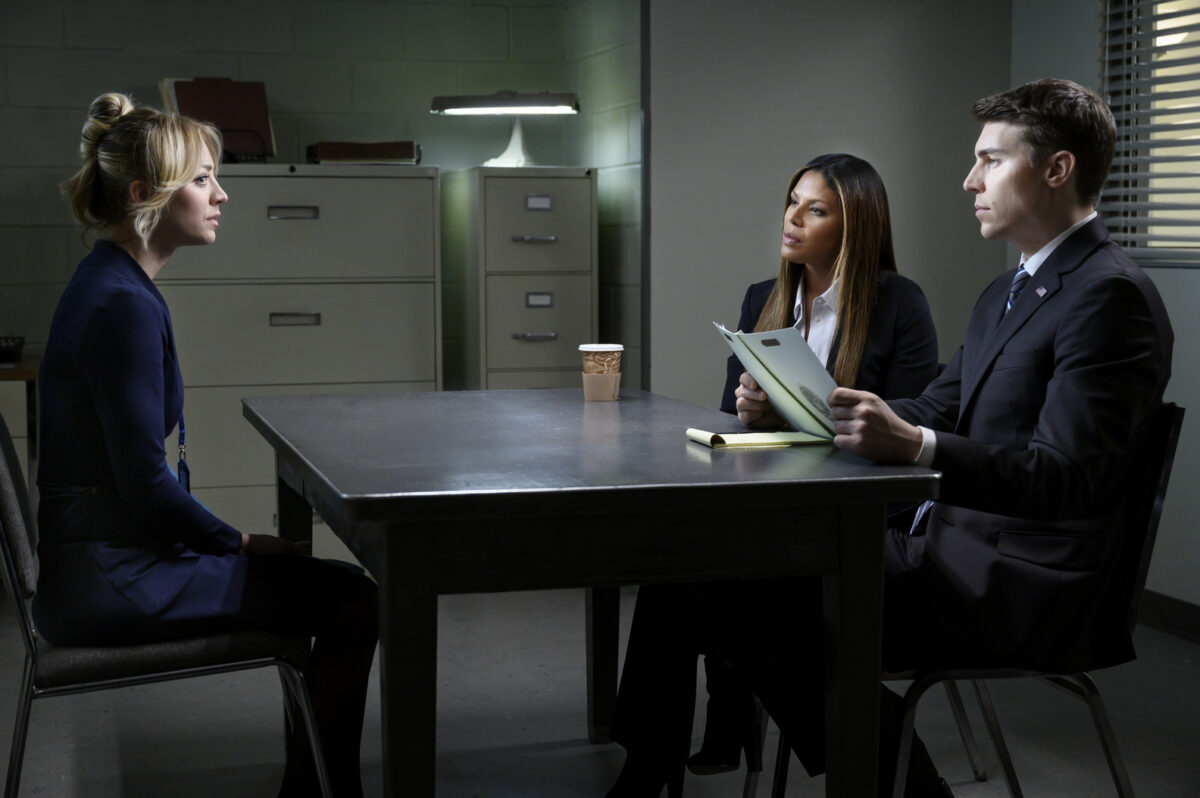 Cassie flees and the show is off and running as Cassie deals with FBI Agents investigating the death (Merle Dandridge, Nolan Gerard Funk), seeking help from her mob lawyer best friend (Zosia Mamet), clashing with her other best friend and co-flight attendant, Megan (Rosie Perez), and avoiding her much more together brother, Davey (T.R. Knight). Oh and then there’s the part where Michelle Gomez is lurking around and, oh, Cassie keeps seeing Alex in her head.

I don’t want to give away any more twists, because all of that just scratches the surface. If there’s another show I would compare this to in tone, it might be You in that it has the same mix of murder, danger, and razor-sharp humor. But this show has more pathos, thanks to a truly amazing central performance by Cuoco.

The former Big Bang Theory star is perfectly cast as Cassie and she’s powerful, funny, messy, and compelling all at once. She makes you immediately care about Cassie, and even though the character is extremely broken and makes bad choices, Cuoco never gets too over-the-top or morose. But she’s not the only stellar performer or character. Everyone is great and the show continually finds time to comment on and be inclusive of race, gender, sexuality, and class.

I also love the way this series is edited and shot. They use split screens and editing to a masterful degree and it keeps what could be a very dark show bright and breezy a lot of the time. And the locations and travel montages made me ache for the days when we all could go places. If you’re, like all of us, stuck at home and dying to see the world, you certainly could do worse than taking in the vistas of Bangkok, Seoul, Rome, and more that The Flight Attendant has on offer.

And here’s another thing to be thankful for! The first episode of The Flight Attendant is available right now for free even to those without an HBO Max subscription! It will also be on TBS this weekend. But the subsequent episodes will only be on Max, which honestly is a service I can say is worth the money thanks to the combination of great originals, HBO back catalog, and a huge selection of classic film!

The first three episodes will be available tomorrow, November 26, on HBO MAx, followed by the launch of two new episodes on December 3, two episodes on December 10, and the finale episode on December 17 and I frankly cannot wait to see more of this show and how it all resolves.  For now, fasten your seat belts for your new winter obsession.