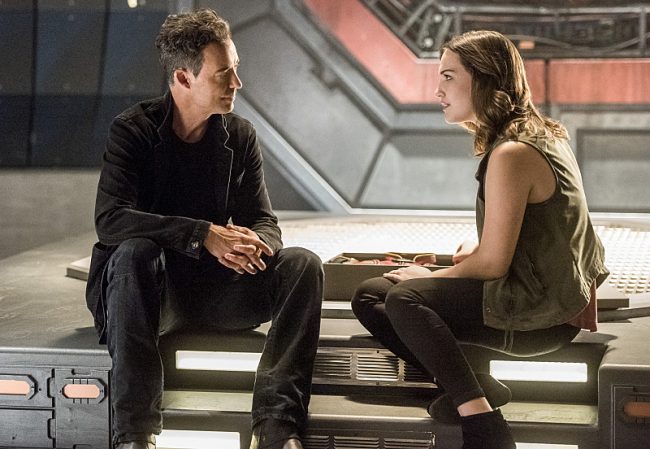 There’s a new speedster in town! You’re welcome, Central City! If you haven’t yet watched last night’s episode of The Flash, you might wanna turn back. ‘Cause it’s gonna be Spoiler City up in these comments.

Earth-2 Wells and Jesse are back, and Jesse’s gotten a major upgrade. That is, she has speedster powers, and has been using them to save people on Earth-2, but Papa Wells isn’t too happy about that, and he’s hoping that Barry and the rest of the Star Labs gang can convince her to stop using her powers. (Yeah, because she’s totally proven to be someone who will let others talk her into doing or not doing something if she really wants to)

Oh, and there was a new meta in town named Magenta, who terrorized the city by controlling metal. So yeah, that was a thing.

What did you think of this season’s third episode? Let’s have a chat in the comments below!