The First Presidential Debate Was a Complete Clusterf*** 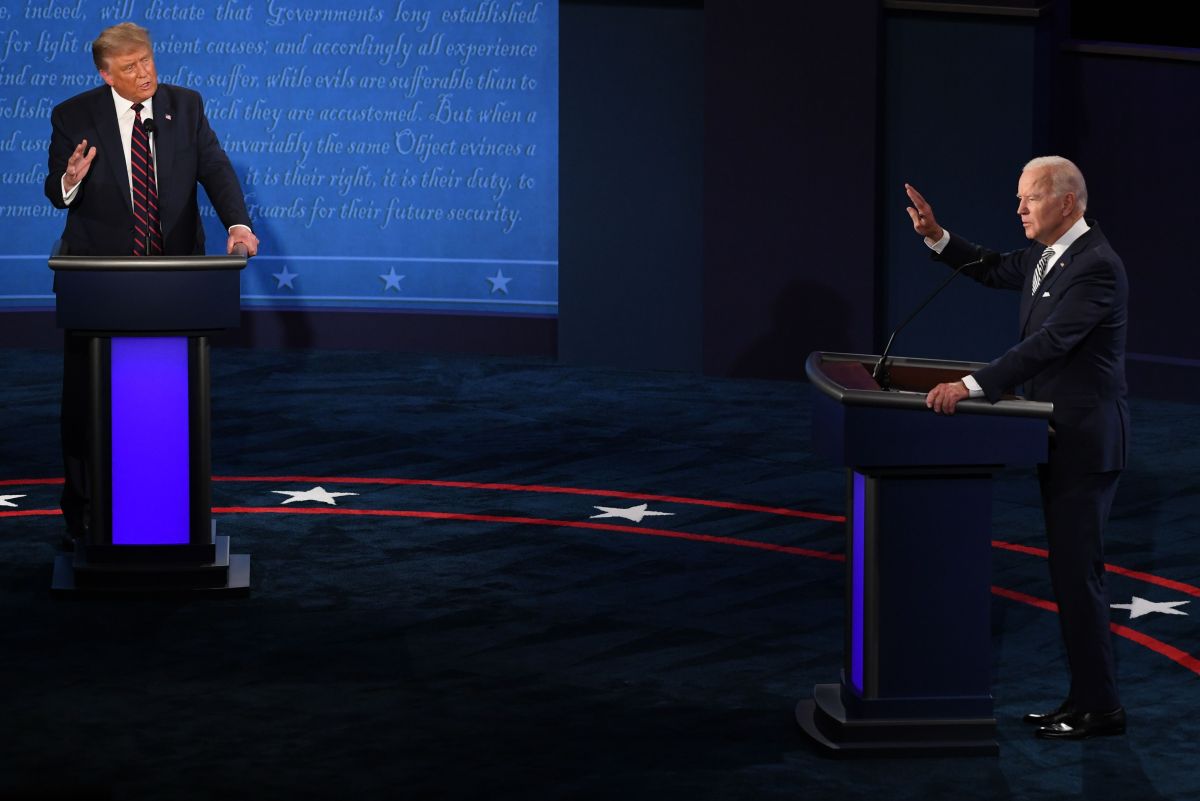 Tonight marked the first, and (let’s be hopeful and honest here) possibly last debate in the 2020 Presidential election. Because 2020 is a relentless monster, and because some people I guess like going incandescent with rage as we watch the leader of the free world piss on democracy in front of a live audience, we spent 90 minutes watching Donald Trump yell, insult, and interrupt Joe Biden. It was … a complete mess.

How to describe this debate? There was racism aplenty. Some lies. There was COVID and mask denial. Blatant racism and climate denial.  And more lies. It reminded me of when my child was three and wanted something and she would scream and lie and interrupt until she got it. When she’d tell me she wanted a cookie when she was already holding one in her hand. Except my child was a toddler and wanted a treat, not an angry man that wants to stay president so he can avoid prison. There was no regard by Donald Trump for truth, decorum, reality, or the integrity of America.

Joe Biden: “It’s hard to get any word in with this clown — excuse me, this person.”

This isn’t a debate. It’s a mockery of the American people. Trump is beneath us all and yet we have elevated him to this moment and allowed him to turn politics into his own reality show.

There were so many lies it was hard to even pick the worst. The biggest (quantitatively) might have been when Trump said he paid “millions” of dollars in federal income tax. And that whole thing where he claimed he did a good job handling the coronavirus. But there were also whoppers about Hunter Biden (President Trump apparently doesn’t know who Beau Biden even is). Trump lied repeatedly about voting by mail, which is safe and secure.

Trump is lying about mail-in ballot. A lot. It’s all lies.

And there was yelling. So. Much yelling. It mainly came from Trump interrupting Biden and refusing to let him even speak. As Biden said: “He doesn’t want to let me answer because he knows I have the truth.” But Biden raised his voice too, calling out Trump’s lies and ridiculousness. At times it resembled the Jerry Springer show more than a debate, with Chris Wallace hopelessly trying to rein in an unhinged Trump and a frustrated Biden. Then again, you’d be frustrated too if the President was telling lies about your kids. Wonder Woman agrees.

Addiction is not a joke and should never be leveraged as a political jab. Shame on Trump for mocking a man in recovery. #Debates2020

But even more horrifying than the immaturity of this all was the racism.

When asked to condemn white supremacy, Trump couldn’t do it. Instead, he told Proud Boys and other violent domestic terrorists to just … stand by. It was horrifying.

Trump can’t bring himself to condemn white supremacists but manages to slip in a reference to the space force.

Why am I not surprised that the president who once praised Nazis as “very fine people” just refused to condemn white supremacists?

Trump’s refusal to condemn white supremacists should disqualify him from any form of public life from now on … but alas.

No hyperbole: The incumbent’s behavior this evening is the lowest moment in the history of the presidency since Andrew Johnson’s racist state papers.

Trump is lying about mail-in ballot. A lot. It’s all lies.

At one point, amid all the screaming, Trump said that there had never been a president who had done more, or that has done what he’d done … and technically that’s not a lie because no president has committed more crimes, killed more people, stoked more racism and told more lies in office than Donald Trump. He wants his supporters to intimidate voters. He lies and lied and lied. And he stoked racism.

I feel like you all should have listened when your Black friends told you the President was a racist. But maybe now that he told white supremacists to ‘standby’ you’ll listen.

Now while I can’t imagine how anyone at this point is an undecided voter, apparently they exist and might have been watching. And what they say was a furious, unhinged, unbalanced, uncouth clown who showed his pettiness, racism, and dishonesty. In terms of coming out better, Joe Biden won the debate but in a larger sense, those of us that had to watch and everyone that has to live with Trump in office are the real losers.