Things We Saw Today: The Federation Has Become “Isolationist” in Star Trek: Picard 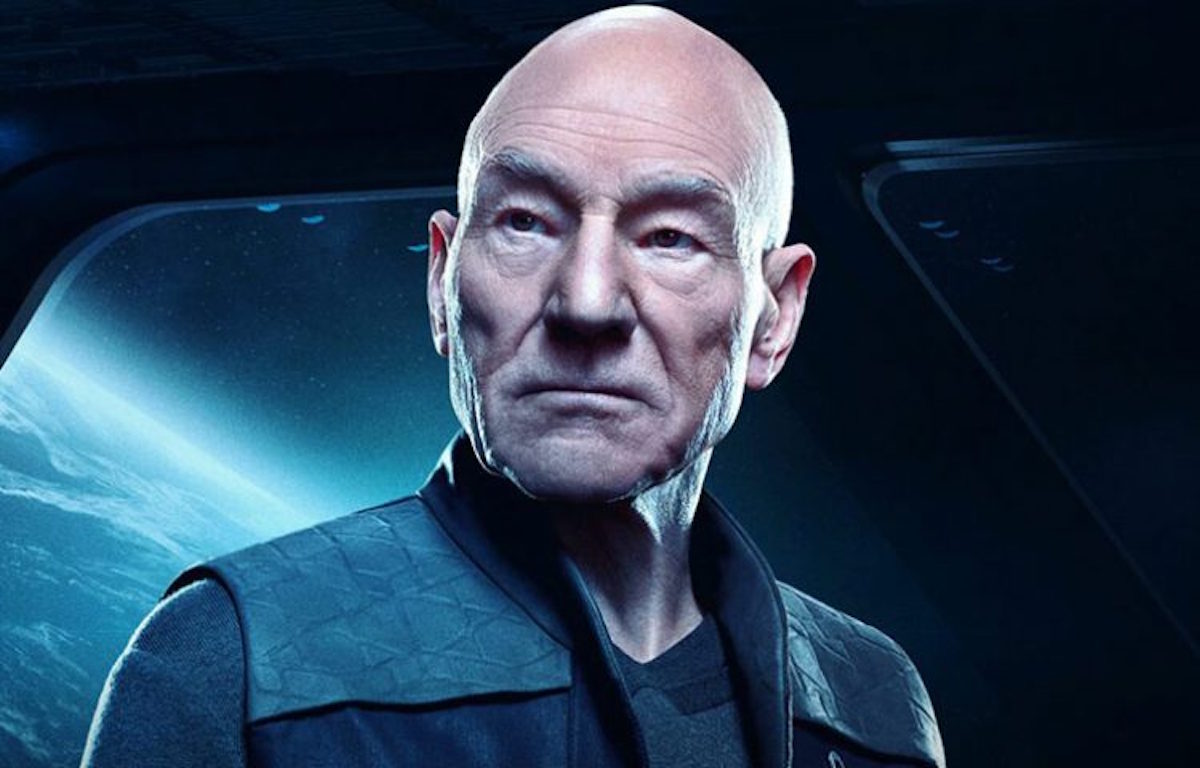 A new profile of Jean-Luc Picard himself, Sir Patrick Stewart, provides us with juicy new information about CBS All-Access’s upcoming Star Trek: Picard as well as Stewart in a stunning red suit. What more could we ask for?

Although many of the finer details about Star Trek: Picard are still under wraps, the Variety cover story on Stewart fills in a lot more about the political situation an older Picard contends with. The retired Picard is living in semi-isolation, “estranged from Starfleet,” on a French vineyard (likely the Picard family chateau first seen on The Next Generation) when we meet him.

While this much we could divine from hints and previews, what’s fascinating here is the extent to which both Starfleet and the Federation as a whole have apparently shifted away from the “haunted” Picard’s ideals. It seems like Picard will be operating in this show without Starfleet sanction.

He’s haunted by a pair of catastrophes, one personal, the other societal — the death of his android colleague Lt. Cmdr. Data (as seen in “Nemesis”) and a refugee crisis spawned by the destruction of the planet Romulus (as seen in Abrams’ “Star Trek”). When those two seemingly disparate strands of his life cross, Picard returns to action, this time without the backing of a Starfleet whose moral center has shifted.

There seem to be real-world parallels happening in Picard, especially in terms of the Federation—and this stemmed from Stewart’s desire to explore echoes of our current international stage. Though the show will remain true to creator Gene Roddenberry’s more utopian dream of humanity’s future, that doesn’t mean it can’t explore the fallibility of human institutions.

“In a way, the world of ‘Next Generation’ had been too perfect and too protected,” [Stewart] says. “It was the Enterprise. It was a safe world of respect and communication and care and, sometimes, fun.” In “Picard,” the Federation — a union of planets bonded by shared democratic values — has taken an isolationist turn. The new show, Stewart says, “was me responding to the world of Brexit and Trump and feeling, ‘Why hasn’t the Federation changed? Why hasn’t Starfleet changed?’ Maybe they’re not as reliable and trustworthy as we all thought.”

Real-world politics and humanitarian crises aren’t far from Stewart’s mind, and Picard will reflect that; the themes are at least partially due to Stewart’s own interest and engagement. And, of course, the realities of what’s happening around the globe.

“I’m not sure which one of us is in the most trouble,” [Stewart] says of Britain and the United States. “I think it’s actually the U.K. I think we’re f—ed, completely f—ed.” He points to studies predicting decades-long economic damage inflicted by the country’s looming withdrawal from the European Union. Of the U.S., he says, “There is a time limit to your f—ed state, which is four years away.” He expresses hope that “the United States that has given us the Trump administration” can change, but adds, “He will likely get reelected.”

I can only hope that Sir Pat’s predictions about our own state of affairs don’t prove to be correct. The Variety profile is a great summation of Stewart’s past and his current pursuits, as well as further news from the show, so head on over there for even more Picard. The series starts on January 23, 2020.