The Eternals Is Confirmed to Feature a Gay Protagonist, So Hopefully Marvel Will Step Up

Don't mess this up. 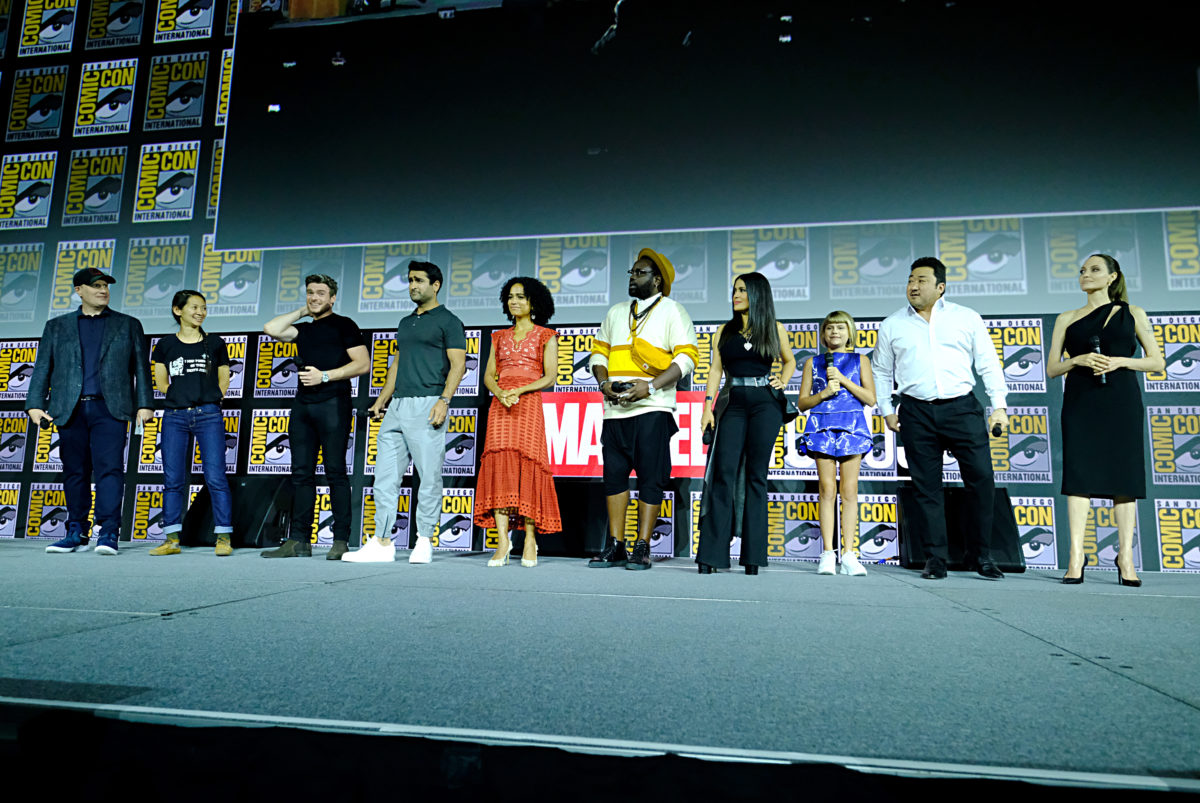 While Valkyrie will be the first bisexual character to grace Marvel’s Cinematic Universe, we’ll also be getting LGBTQ+ representation in upcoming film Marvel’s Eternals. In a recent interview with Marvel Studios co-president Kevin Feige at D23 for Good Morning America, Feige said of the character that “He’s married, he’s got a family, and that’s just part of who he is.” You can check out the clip at the two-minute mark below.

There are plenty of possibilities for who this character might be, but the prevailing fan theory is that it will be Ikaris, who’ll be played by Richard Madden. Rumors have been swirling that Eternals would feature an openly gay character for a while, and now Feige has confirmed that finally, the MCU will be moving into the present with openly queer characters who aren’t just Joe Russo talking about being sad on a date with an unseen man.

There’s also the chance that this could be a relatively misleading statement. I don’t doubt that Feige is being honest about putting in a gay character, but I could also see Marvel giving the character’s sexuality a blink and you’ll miss it introduction so as to keep things as “marketable” as possible. It is a sadly likely option that Eternals will have a vague reference to a husband and child but that that will be it, or worse that they’ve been fridged off-screen for maximum pain. And while they don’t need to throw a parade to ensure we know a character is gay, it would be nice to have the character’s family play a role.

I could be mistaken though, and I hope I am. Marvel has the chance for an important moment of representation with Eternals, which features an inclusive cast. Having a gay man happily married with a family would showcase a future for queer kids watching the film. It promises “if it can be okay for this person, it can be okay for you as well.” We need more happy queer narratives, because that shows those that need it most that real stories can end happily as well.

Marvel’s track record with LGBTQ+ representation has been shoddy at best, so I approach this with cynicism. However, I am happy to be proven wrong in this situation. The ball is in Marvel’s court for this. They can either continue their track record of having blink and you’ll miss it representation, or they can make waves and feature a gay character get his happily ever after. We’ll find out how it goes next year.