How Our Incessant Netflix Watching Impacts the Environment 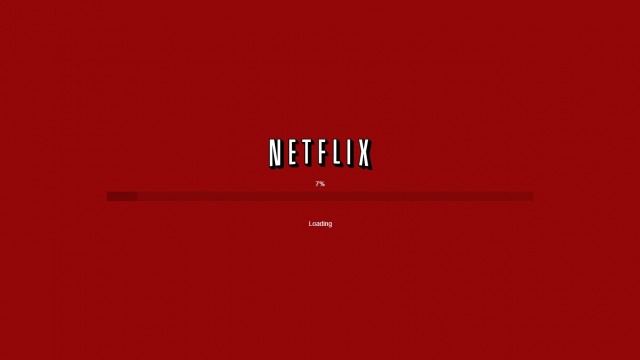 Netflix accounts for a huge portion of data usage among American internet users, clocking in at 36.5% of all downstream Internet bandwidth during viewership heights. The usage of that data feels sort of magical—of course, you have to worry about your laptop’s battery power and your smartphone’s data plan, but as long as you keep that stuff in check, it’s all good, right?

Well … not exactly. We might want to factor in the greater environmental impact of the electricity used to power the data centers that keep our favorite websites afloat. A new feature in The Atlantic emphasizes the huge amount of energy used by companies like Google and Facebook, both of which have recently begun to prioritize the importance of using renewable energy sources.

Netflix seems to pose a unique problem, since its users draw a lot of energy, too:

The average amount of power to charge a phone or a laptop is negligible, but the amount of power required to stream a video or use an app on either device invokes services from data centers distributed across the globe, each of which uses energy to perform various processes that travel through the network to the device. One study (weirdly enough, sponsored by the American Coal Association, its purpose to enthuse about how great coal is for technology) estimated that a smartphone streaming an hour of video on a weekly basis uses more power annually than a new refrigerator.

Ouch. Still, experts like Nathan Ensmenger—an informatics professor at Indiana University—don’t think it’s helpful to shame people for enjoying a good TV show episode (or, y’know, several hundred TV show episodes). This should instead be seen as an engineering problem to solve. Gary Cook, Greenpeace’s senior IT analyst, seems to agree with that framing, saying:

The Internet is the single biggest thing we’re going to build as a species. This is something if we build it the right way, with the right sources of energy, could really help power our transition to renewables. If we build it the wrong way, it could actually exacerbate the problem.

So, uh, I can keep watching Netflix and other people will figure out how to save the environment for me, right? I know complacency is bad, but this problem is way beyond me. Is there some way for me to use my love of television to power the planet? That seems like it should work. My love for TV is very powerful.

(via The Atlantic, image via Forbes)