Your mileage may vary but it’s safe to say I’ve had a love affair with Pizza Hut since I was a young girl and they first arrived on the scene. We’d go there for the occasional family dinner, my grade school offered a slide on Fridays, and I participated in their BOOK IT program.

They had a BOOK IT alumni program recently and even though I’m still bitter I signed up but never got my free pizza, that had nothing to do with me telling Pizza Hut I don’t eat crust. You see, I saw they’re trying something new – a Doritos crust – and I could not have been less excited. 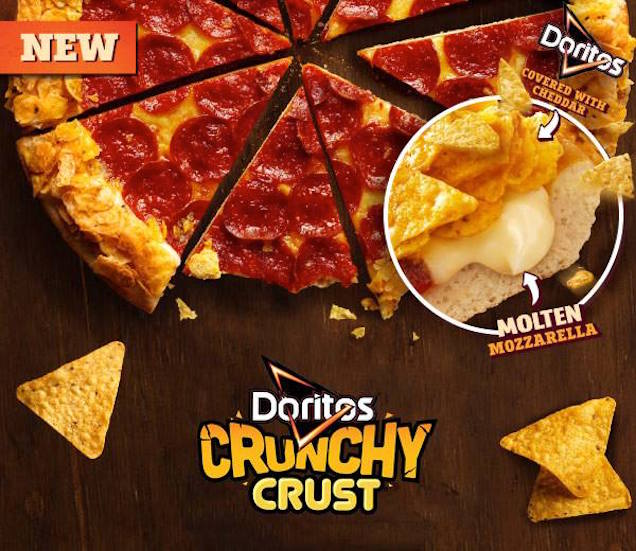 I get it, some people like the crust so coming up with new and exciting versions of it makes sense, but I’ve never been a crust eater. I aim to get as much of the “good stuff” as I can, i.e. cheese.

Anyway, I’ve apologized, hopefully we can both move on from this having learned something about ourselves.