As we celebrate the 10-year anniversary of The Dark Knight, the second film in Christopher Nolan’s Batman movie trilogy, this is as good a time as any to talk about how, despite its cinematic brilliance, this was a movie that really turned the film image of the Batman into an unfunny, stuffy mess.

It is by no means a current hot take to say that you find The Dark Knight to be a great movie but not a great Batman movie. Yet, because it is often heralded as the greatest superhero movie of all time and the standard to which countless movies will be compared to, it’s important to dissect why it’s seen as so great in comparison to other comic book movies and how that isn’t rooted in a respect for the genre.

Throughout the history of comics, because they were initially created to be consumed for children, they’ve been dismissed and treated as trivial because works for children can only be considered good when they are excellent. The most respected and championed books within comics always tend to be deconstructions of the genre: Watchmen, Batman: Year One, The Dark Knight Returns, etc. The most iconic moments in comic book history are always surrounded by death—the death of Gwen Stacy, murder of Jason Todd, etc. Adult themes are always seen as legitimate—dealing with death, rape, mental illness, and what it means to be a hero. Those are the stories worth telling. But those stories only work when we believe in the goodness of our heroes and have contrast.

As movie and nerd critic Movie Bob pointed out in his epic multi-part break down of Batman v Superman, deconstruction only works when you have a full understanding of the foundation of the art that you are deconstructing—when you see the value in that work as it exists but want to do your own “what if?” on those themes. Watchmen is an excellent deconstruction because writer Alan Moore loves comics, appreciates the medium, and legitimately has something to say using that artform, not because he finds other comics inherently invalid because they aren’t “hardcore” enough.

Going outside of comics to something else in my wheelhouse: magical girl anime. The 2011 anime Puella Magi Madoka Magica was lauded for being a deconstruction of magical girl anime. However, it would be a mistake to think that Madoka deconstructing magical girl anime means the show is saying that there is no value in things like Sailor Moon or Cardcaptor Sakura, or that Madoka was the first show to actually do something like that. Magic Knight Rayearth did the concept of “cute magical creature is secretly nefarious” in the mid-’90s. People too often think the only way to enjoy something that has a history of camp is to make it dark.

What does all this mean when it comes to The Dark Knight? Well, just like the comics of Alan Moore and Frank Miller, Nolan’s movie trilogy became the shorthand for how all Batman things should be: the dark realism, the brutality, and the almost sterile lack of humor. That’s fine for Nolan’s world, because it’s the universe he created, but that’s not all that either Batman should be or all that superheroes should be.

Ledger, as the Joker, was amazing. It was an incredible performance and definitely an iconic role, which has been poorly copied by others, but that’s not the only great comic book hero performance—not by a long shot.

Christopher Reeve as Superman/Clark Kent is amazing, not just because I love Superman, but to sell the idea of Superman as this powerful, kind, demi-god man is hard. It is not easy selling genuine, and Reeve did that in his first major role as an actor. As far as I’m concerned, if Marissa Tomei can be nominated for Best Supporting Actress for her performance in My Cousin Vinny (and win the Oscar, no less), then Michelle Pfeiffer can get a nomination in that category for her superhero work, as well.

However, unlike Burton, who loves camp and managed to bring a capital-G Gothic style to the first two Batman movies, they were never going to be considered art, because they embrace the core of what Batman is: a story about a man with emotional trauma who dresses up like a bat to solve crimes for Freudian reasons.

Are there moments and great stories about Batman being “dark”? Yes, but what makes Batman a great character is not that he’s a war machine, or that he is cold and distant. It’s that he does have a desire to connect (hence why he has a Batfamily), but doesn’t have the emotional maturity to hold those relationships (hence why his relationships with most of his kids are crap). That’s what makes LEGO Batman such a great movie—one of the best, I would argue—because it knows the core of who Batman is and plays with all aspects of that person.

Nolan’s Batman is void of any love for the source material: the camp, the necessity of the Robins to Batman’s development, Bruce’s actual detective skills, and that Batman’s greatest strength is his capacity to be caring and loving in spite of trauma.

This harsh tone carries on into the rest of the DCU and is most mismanaged in Man of Steel. People harp on the fact that Clark killed Zod, and while that is valid, my issue with Clark in MoS is that it doesn’t seem like he cares about people, and I’m sorry … not my Superman. The point of Superman is that he does care. That’s his thing. He cares about people and he holds back from doing the most harm whenever he can because of that. The fact that Superman can connect to people even as an alien is part of his superpower. 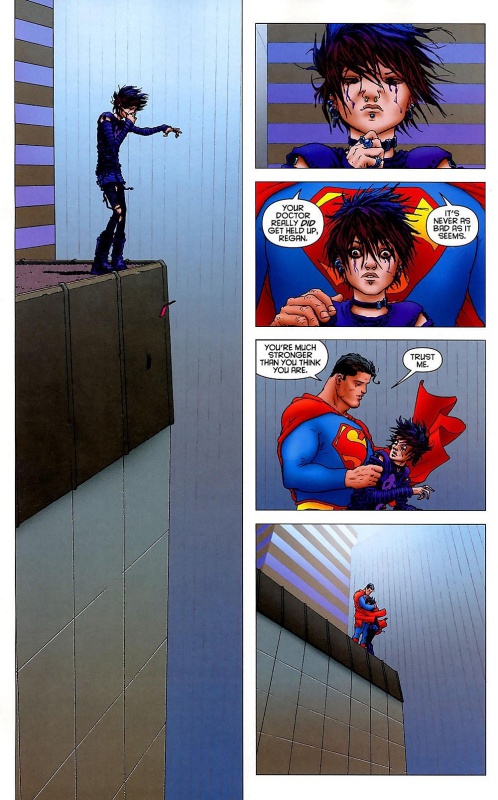 Wonder Woman and the MCU have proved that you don’t have to be dark to be successful at the box office, but in spite of those films being well directed, well made, and well acted, the people behind them are not going to get Oscars, because in the eyes of the establishment, the ability to strip comics down to their most “realistic” form is what’s worth commending, not the ability to make us believe a man can fly.

The Dark Knight made the standard for “serious,” award-worthy superhero movies into “how can you avoid being a superhero movie?” and for that, I will always be annoyed at it, despite its excellence.