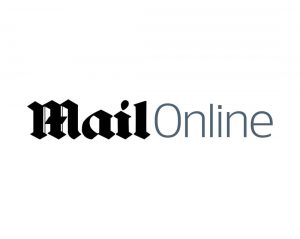 Just imagine: You and your sibling have saved up enough money and vacation days and whatever else needed to finally take that trip to California. And you’ve got nine children between you, who are also coming. You’re stoked, right? Heck, you’ve even got plans to visit Disneyland. Happy holidays all around!

This imaginary scenario happened … except that the family was Muslim and was not allowed to board their London plane. Then, a “journalist” with a platform of a couple hundred million readers per month went and published an article calling them terrorists with a picture of their family home. You know, journalism.

Those two articles, written by Katie Hopkins, were published almost exactly a year ago on The Daily Mail’s online wing. I would not recommend reading them in full unless you feel like maybe you haven’t had quite enough rage instilled in you this year and just want an extra burst.

Here, though, are a couple of bits of absolute awfulness. To start, she (of course) has a problem with the family’s name.

If I had been playing my usual game of ‘spot the terrorist’ at the airport, (beard -5 points, rucksack – 10 points, sandals – 5 points – be honest, you’ve all done it) I’d have been feeling a little anxious.

And then there’s this gem:

I find it utterly improbable two men with the entire Mahmood clan were travelling without the company of a wife or mother to such a family-orientated destination … I have worked in Disneyland as a Security Guard. You don’t sound like our typical visitor group.

Now, finally, just shy of one year later, MailOnline has issued an apology. It states that the Mahmoods were, indeed, just going on vacation and that Hopkins was outrageously out of line (my wording, but come on, accurate) by attesting otherwise. From today’s apology:

We are happy to make clear that Tariq Mahmood and Zahid Mahmood are not extremists, nor do they have links to Al Qaeda. They were travelling to the USA with their families to see one of their brothers for a holiday in California and they had indeed planned to visit Disneyland as part of their trip.

So “happy” is maybe not the word most of us would use in this instance, but it’s better than nothing, right?

Here’s an honest question: Do we have to say yes? Is any apology better than nothing? Is late really better than never? MailOnline did, though, “apologise to the Mahmood family for the distress and embarrassment caused and have agreed to pay them substantial damages and their legal costs.” And those legal costs were, reportedly, £150,000. An apology and a bunch of money? That’s something, right?

Except Katie Hopkins—who has a history of writing about how women couldn’t handle equal treatment, breastfeeding in public is gross, and how maybe killing migrants is a solid idea—didn’t actually apologize. The apology/almost-retraction was written under the byline MAILONLINE, so here’s the closest she actually came to participating in the apology:

The Mahmood family – an apology https://t.co/PaLFWgn3Hx

Should someone maybe tell Hopkins that announcing someone else’s apology for her B.S. doesn’t actually constitute an apology from her? Especially when it comes out in the middle of the night, clearly hoping to go unnoticed? (We call that the Trumping Hour.)

This apology was put out at 2am. Am sure that was a mistake by Katie Hopkins and should have been a big daytime tweet. So here it is again. https://t.co/8AlXlhAbcl

To just rub a whole lot of rancid salt in that wound, here’s her pinned tweet of the day. Considering pretty much everything else (besides her own non-apology) tweeted by MailOnline today has been about the Berlin attack, this feels a little flippant, no? And a lot smug.

Busy day @MailOnline today. Many thanks for your hard work helping to promote the world’s number one newspaper website. pic.twitter.com/MocT2SQxGt

So I’m going to propose that we don’t need to accept “better late than never” as good enough, and that “too little, too late” is not nearly shameful enough. This woman has built a career on shouting bigotry, faking apologies, and framing it all in the name of journalism. Too little, too late? How about these outlets stop giving this woman a giant platform from which to spew her hate? How about nothing, never?

(via Mediaite, image via Daily Mail)