In Preparation for The Crown’s Diana Season, You Need to Listen to the You’re Wrong About Podcast 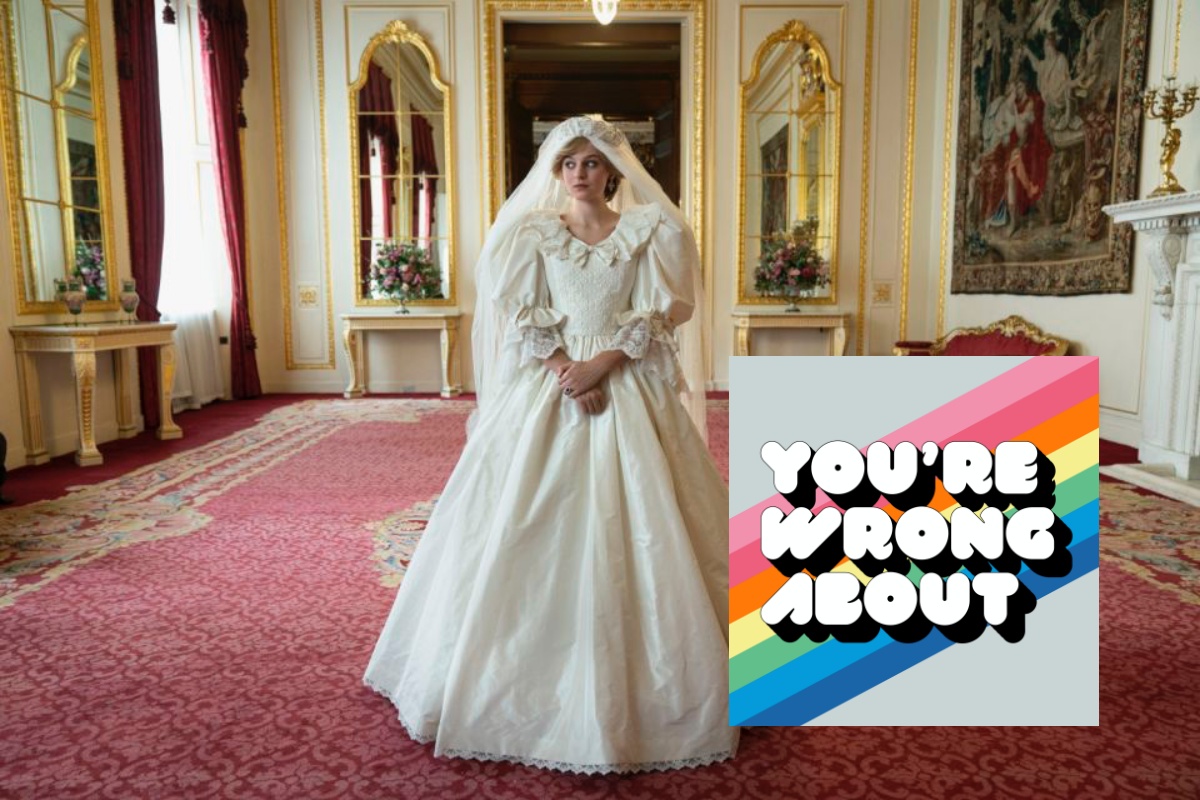 The official The Crown Netflix account shared a new promo for their upcoming fourth season, which spends plenty of time emphasizing Princess Diana, who will finally make her debut on the show. It won’t be a fairy tale.

The stuff of which fairy tales are made. pic.twitter.com/wDJTsthfbv

For those looking for a primer of the late Princess of Wales, a resource that has been very informative, entertaining, and sobering is You’re Wrong About‘s podcast episodes on the figure. The show, hosted by journalists Michael Hobbes and Sarah Marshall, has spent the past two years unpacking many of the myths and historical fallacies that have been perpetuated in media.

As someone who enjoys history, true crime, myth-busting, and royals drama, their mini-series on Diana has been something I’ve looked forward to every week since the first episode dropped on September 28th.

As a figure in the public imagination, Diana Frances Spencer looms large because of her “fairy tale wedding,” beauty, charm, philanthropy, and untimely death. The unprecedented public (and private) scrutiny she faced led to psychological issues that I had been largely ignorant about until the podcast. Her suicide attempts, eating disorder, and just deep, deep unhappiness was illustrated in a way that is more pronounced than any singular biography.

It helps that even when they are being critical and empathic with both Diana and Charles, there is an understanding that these are just people, who, due to just an accident of birth, happen to live in the world’s most famous gilded cage.

Emma Corrin, who will depict Diana in this season of The Crown, has stated that she show will explore Diana’s bulimia. “I never wanted [bulimia] to be address flippantly,” Corrin said in an said in an interview. “I never wanted it just to be referenced, I really wanted to do the work and speak to people who had experienced it and do the research, so that I felt like I could accurately portray it.”

“When you’re depicting anything like that in TV or film on screen,” she continued, “when it is something that affects so many people, and is an intensely personal and private experience, that it is represented in the right way, that does it justice.”

The Crown has always tried to balance being reverent to the royal family while still being critical of some of their stuffiness and outdated politics. With hindsight, it is easy to discuss these things on the surface level, but I don’t know how deeply the show will go into highlighting just some of the real casual cruelty that Diana faced—not just from her husband, but from her in-laws.

One moment from the most recent episode that left me agape was her being in trouble for not asking the Queen’s permission to leave their Scotland manor because she went to go see her dying friend on their deathbed.

The Crown has stated that it will not go far enough along in history to cover Meghan Markle, but by listening to You’re Wrong About and what Diana faced, it is impossible to not think of Meghan and Harry—except, in that case, Harry wasn’t pressured to marry a woman more than a decade his junior to carry on the royal line.

We, as a society, have learned very little about how to treat women in the public eye since Diana, and maybe, just maybe, The Crown will serve as a reminder of how wrong the media (and the royals) were then and now.