The Crew Is Coming Back to Marvel Thanks to Ta-Nehisi Coates, Giving Black Superheroes More Comics Real Estate 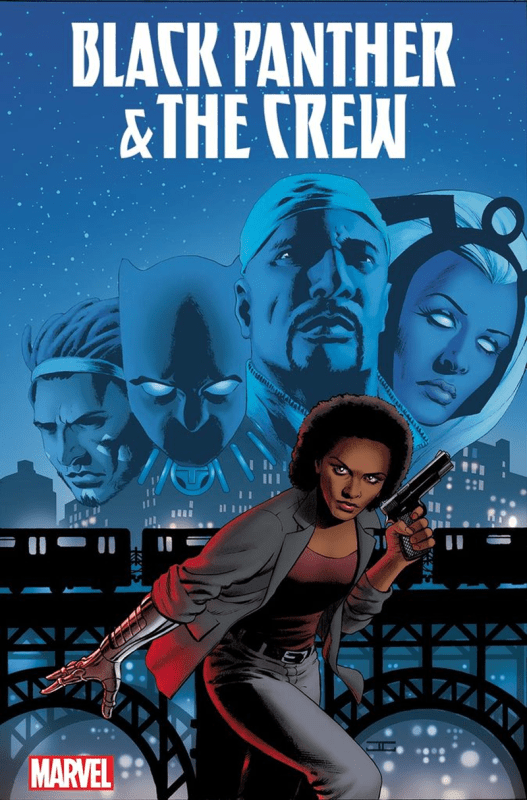 The world of Black Panther just keeps getting bigger! First, we had Ta-Nehisi Coates’ critically-acclaimed run on the Black Panther solo title. Then, he broadened the world to ensure the inclusion of female voices and has partnered with Roxanne Gay and Yona Harvey to create Black Panther: World of Wakanda. Now, he’s ushering in the return of Marvel’s The Crew, returning a team of black superheroes to the spotlight.

The original The Crew series was created by Christopher Priest (Marvel’s first black editor) and Joe Bennett in 2003, and according to io9 “subtly took on the issues facing black communities in the ‘90s.” In Coates’ version, Black Panther and The Crew, which he is co-writing with Yona Harvey with art by Butch Giuce, the connection between these heroes and black communities will be much more explicit. Set in Harlem, The Crew will “open with shades of the Black Lives Matter movement. when the new team investigates the mysterious death of a political activist in police custody.”

This being a Black Panther tie-in title, the cast of characters is also different from the original Crew. T’Challa is a main character in the series, and he’ll be joined by Misty Knight, Storm, Luke Cage, and Manifold, formerly of the Secret Warriors.

In an interview with Time, Coates talks about one of the major themes in this new title — operating in two worlds:

“There’s this concept in comic books of street characters—characters who mostly deal with street-level stories—those are your Daredevils, your Luke Cages, things that are considered lower-tier. And then you have your more cosmic level heroes, like The X-Men, the Fantastic Four, Avengers, that sort of thing. What we have in this book is a group of characters that operate on both levels. What does it mean to protect the street and protect the world? How are those things connected? What happens when T’Challa is walking down the street without his [Black Panther] uniform and people don’t recognize him, he’s just a black person? Same with Storm.

I don’t want to lean on that too hard and make you think there’s too much page space thinking about this, but it’s baked into the book.”

Considering what’s happening today in Washington D.C, it’s important now more than ever to embrace inclusion and diversity in our pop culture, to remind ourselves over and over that seeing ourselves represented is possible, that our voices are important. We need heroes like Misty Knight, Black Panther, Storm, as well as other heroes like Hawkeye in Occupy Avengers, who handle the less-than-glamorous but nonetheless important business of dealing with down-to-earth injustices like corruption and corporate greed as they inspire everyday people to make a difference.

We need to let these stories remind us that you don’t need superpowers to be a hero. You just need to care, and you need to act.