The 'Jessica Jones' Team on Season 2, #MeToo and More | The Mary Sue

The Cast and Crew of Jessica Jones Discuss Season 2, #MeToo and More 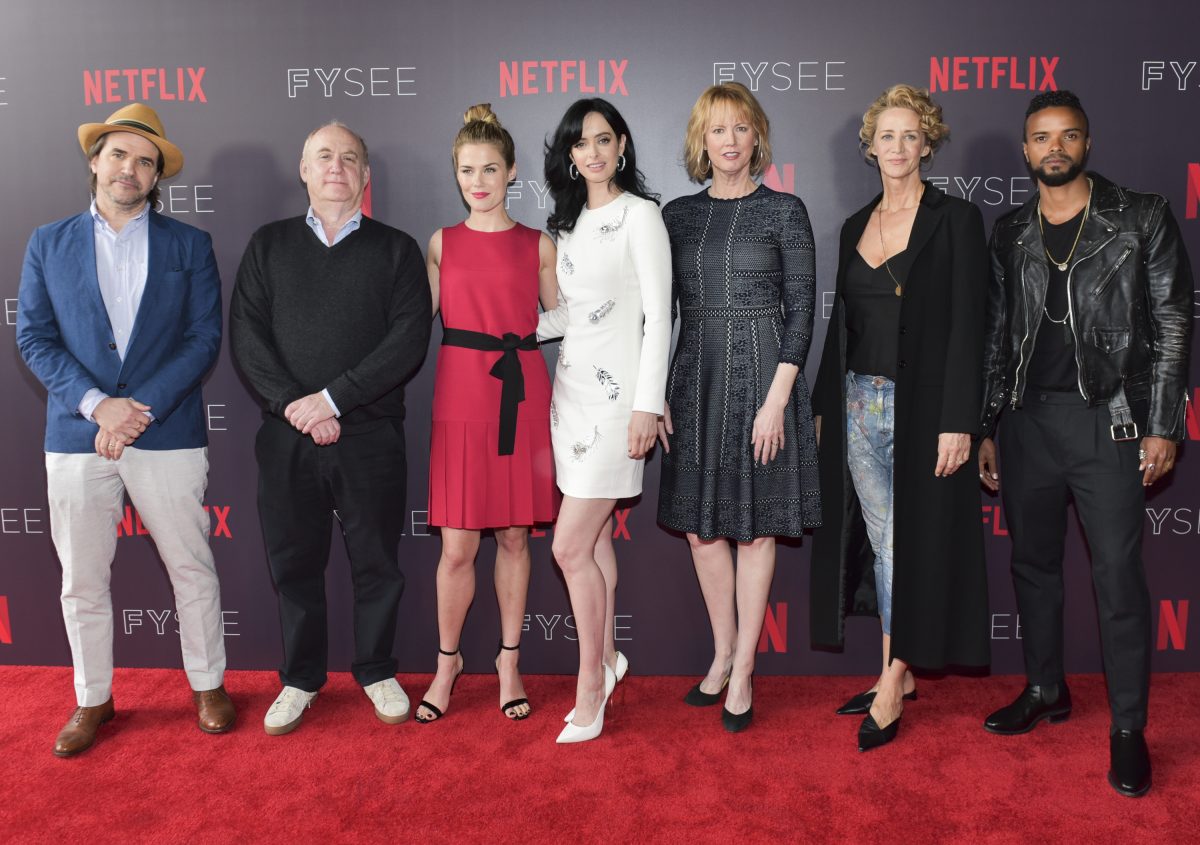 The cast and crew of Jessica Jones appeared on a panel yesterday for Netflix’s FYSEE event to discuss season two, the #MeToo Movement, and their experiences making critically lauded series. In attendance were director of photography Manuel Billeter, head of Marvel TV Jeph Loeb, creator and showrunner Melissa Rosenberg, as well as cast members Krysten Ritter, Rachael Taylor, Janet McTeer, and Eka Darville. The event began with a screening of episode 11, “AKA Three Lives and Counting”, one of the strongest entries of the second season, which sees Jessica haunted by the ghost of Kilgrave in her own mind. After the screening, the cast and crew took to the stage for a discussion moderated by Variety’s executive editor of TV, Debra Birnbaum.

The team discussed the show’s themes of trauma and PTSD in light of the #MeToo Movement, with Rosenberg saying, “We had already written and produced every episode of season 2 before [the #MeToo movement] even happened, and I think we just got a little bit ahead of the curve on that one. It felt extraordinary to come out at a time when it was such a big topic and very much a part of our season.”

In a somewhat prescient moment regarding the current cultural climate, Rachael Taylor’s character Trish is forced to deal with a producer who abused her when she was a teen actress. Taylor touched on the series’ ability to filter real world issues through a comic book lens, saying the show “always puts character first while diving into all these different social issues. It’s so unexpected for a genre show but such a joy for us to play.”

The panel also discussed the decision to have season two directed entirely by female directors, which happened almost by accident. Rosenberg described the process, saying “I knew I wanted to have at least half our directors be women and people of color, and as we began to book them, it became clear there were so many of them. I wasn’t discovering anyone. There were all seasoned pros and it just kind of grew into this. But I’m glad this really made an impact of normalizing it.”

Ritter chimed in, likening the vibe on set to the experience of watching Frances McDormand‘s Oscars acceptance speech. “Remember that moment when she asks all the women to stand up? I just felt this amazing feeling in my heart when I was watching it, like this amazing sisterhood. That’s how I felt on set. It felt like we were doing something really special.”

Janet McTeer, who played Jessica’s volatile, super-powered mother Alisa, followed up by saying “A lot of the story is about sisters, about mothers and daughters. That’s a female story. Female directors could reference that directly in the way that you don’t understand someone who would go see a male gynecologist. Why would you bother? It’s sort of the same.”

After the events of season two, and with a third season already confirmed, we’re excited to see where this groundbreaking show will go next.