The Bruce Jenner Effect: On Trans Visibility In The Media 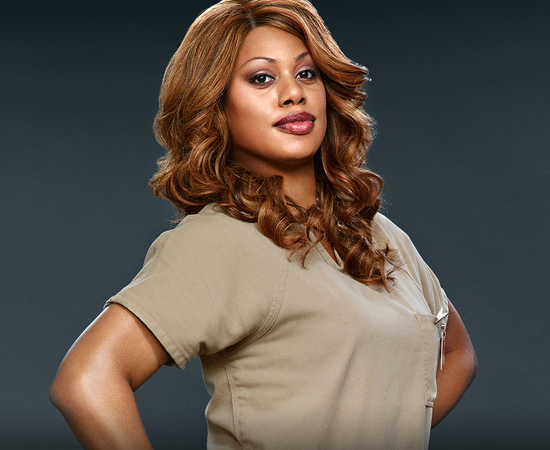 Author’s Note: During “Bruce Jenner: The Interview,” it was said that this was the last time Bruce Jenner wanted to be referred to as “he” and as “Bruce.” While I cannot use Jenner’s new name, because it has not been announced at time of writing, I will be using female pronouns to align with her request as best I can.

By this point almost everyone that wanted to watch the Bruce Jenner: The Interview from Diane Sawyer on US ABC will have watched it. About 17 million watched the show as it aired; I’d hazard a guess that if you add in DVR, streaming, torrents and time turners that figure is closer to 23 million. That’s a lot of people watching a US sport star come out as transgender.

“Transgender” is an umbrella term for people whose gender identity differs from the sex they were assigned at birth; so in Bruce Jenner’s case, it was someone who was male assigned at birth transitioning to female. I’d never heard of either Bruce Jenner or Diane Sawyer, and when I first heard of Bruce Jenner it was from colleagues gossiping, “Did you hear Bruce Jenner is trans?” but of course, at that stage gossip was all it was. Then InTouch Magazine ran that awful photoshopped image of her and the gossip went up a notch. I had people asking me about Bruce on numerous occasions, because as a transgender woman myself I’m apparently an expert on all other transgender women. As someone British living in Canada I can’t tell you how often a Canadian has said something like “Oh you’re English, do you know Bob from London?” Now it’s happening about other transgender women, too! My response in Bruce Jenner’s case had always been the same: “They are not transgender until they say they are, until then it’s all just made up.”

When the announcement was made that there was going to be an interview and Bruce was going to announce that she was transgender, I was worried. Well actually, no; terrified is closer to the mark. This could have been massively damaging for transgender issues. I don’t think we’re quite at the transgender tipping point like Time and others have declared; we’ve had a terrible year for transgender women getting murdered in North America. There is a slow rising awareness of what it is to be transgender, and a growth in overall acceptance. If the interview was terrible, I knew it could set transgender progress backwards years; bad for Bruce, me and everyone else that’s transgender.

When it came time to watch Bruce Jenner: The Interview, my spouse asked me to wait until she was home, that way we could watch it together. She’s very supportive of me, and she knew that if this was bad I was going to be upset. Only… it wasn’t bad. It wasn’t great and there were some bits I wasn’t happy about. Overall, though, I thought the interview was positive, both for Bruce herself and wider transgender culture. I was shocked. So was my spouse. And apparently we weren’t alone, as many other transgender people were surprised with how well she came across and how ABC wasn’t overtly salacious.

For much of the audience watching Bruce Jenner: The Interview this was their first sympathetic mainstream television look into transgender issues, and no, ‘Two and a Half Men’ and the like don’t count. For many hetronormative cisgender people their previous experience with transgender representation was as a joke, a punchline in numerous awful movies and TV ‘comedy’ shows, or as a bodybag on crime shows like CSI. Then a single program that showed a transgender person as someone that can be related to has caused a bigger change than I was expecting. To the point where muggles have suddenly realised that transgender people are all around them. (Transgender people are approximately 1 in every 300 adults, so of course we’re everywhere.) It’s really highlighted the importance of positive representation. After the interview I’ve heard numerous anecdotal and direct stories of Muggles approaching transgender people and engaging them in conversation. I call this “the Bruce Jenner effect,” and it has two main ways in which it seems to be manifesting.

In one story I read about a transgender woman whose neighbours knew they were transgender but hadn’t spoken to them before. They approached her and said they’d seen the interview and told her how brave she was, and how they never understood how hard it was to be transgender. Yes this is awkward, but it can be positive too. I read of another transgender woman who out of the blue received a reconciliatory message from her sister, who hadn’t spoken to her in years; I wish my sister had done the same. Although people have good intentions being approached by a virtual stranger about something so personal can be rather uncomfortable, and most transgender people don’t really want to be told they are brave just for being themselves, so please don’t do anything like this.

I expected the worst from Bruce Jenner: The Interview and was pleasantly surprised. It has also had a larger effect in wider society than I expected. Possibly due to Bruce’s age, what she was famous for in the past and famous for now, and that she’s white. The latter shouldn’t make a difference but sadly it does with some people. It also matters that she doesn’t pass, the majority of transgender people don’t pass so having someone famous that’s transgender and also doesn’t pass is huge.

The Bruce Jenner effect is a sudden heightening of awareness of transgender people, with muggles interacting with us, where as before we were hidden or ignored. It’s more good than bad but does have negative possibilities, as it may out transgender people and getting outed as transgender can have fatal consequences. I’ve not heard of this happening so far and hope I never do. Personally I’ve certainly noticed an uptick in stares from strangers and gossip from people I rarely interact with. I’m out and I will tell people if they ask, although I suffer from anxiety and would prefer this to be on my terms.

On the whole, though, it turns out that Bruce’s interview was another step towards transgender acceptance – and for that, I’m glad.