The Best Signs We Saw at the Women’s Day Rallies

The future is intersectional. 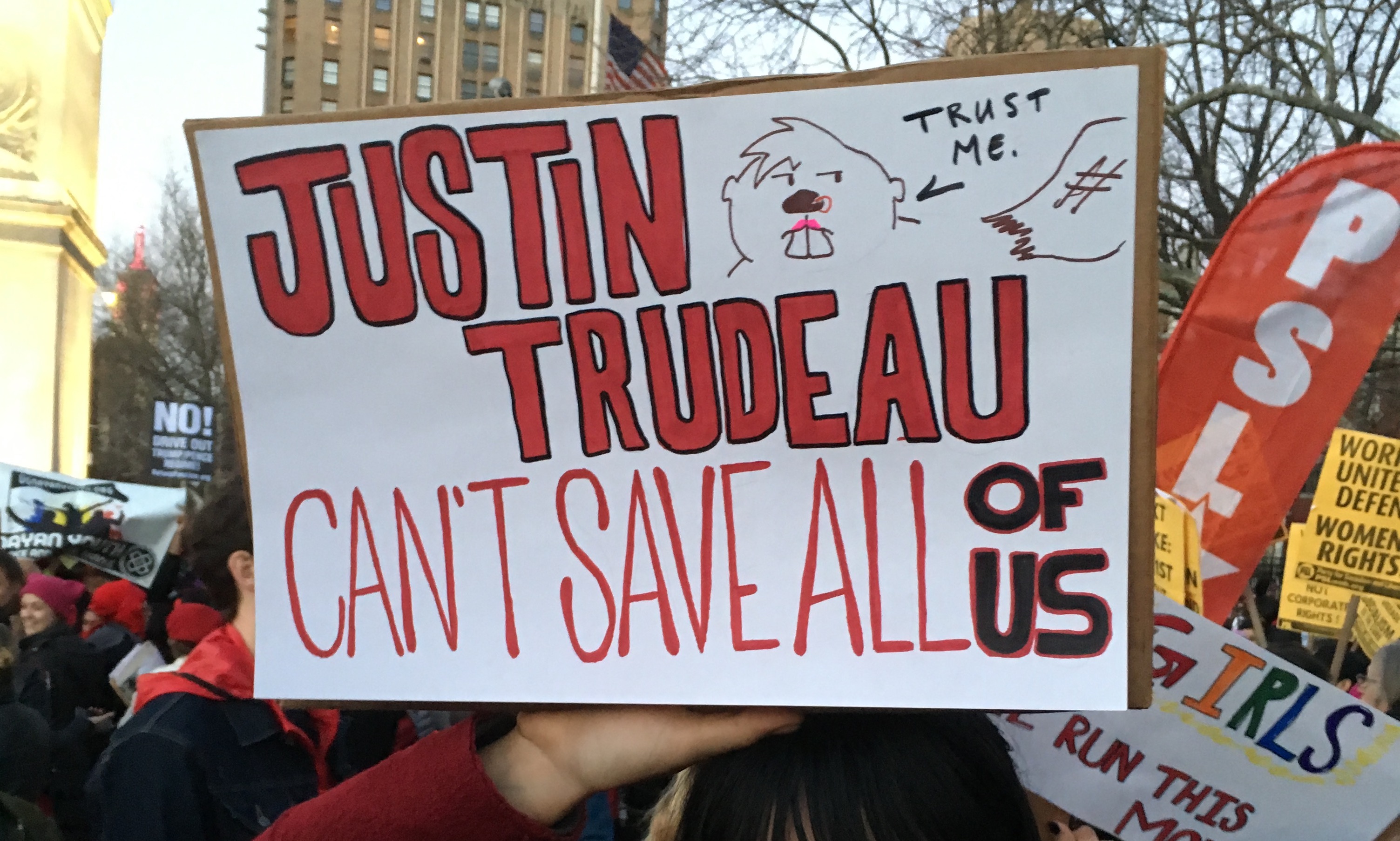 The creativity of female empowerment and resistance was out in full force during rallies on International Women’s Day. Here are some of the signs we spotted that made us raise our fists in solidarity.

At the rally organized by International Women’s Strike USA in New York’s Washington Square park, the crowd was a fantastic range of ages, races, genders, and messages held aloft. While some people were clearly motivated by anti-Trump sentiment, the overwhelming takeaway was one of empowering, trusting, and advocating for women.

At the entrance to the park, this fab group was dancing while wearing the trademark red of Women’s Day. When I asked if they had a name for their act, they said no—they were there to show their support for women’s rights. 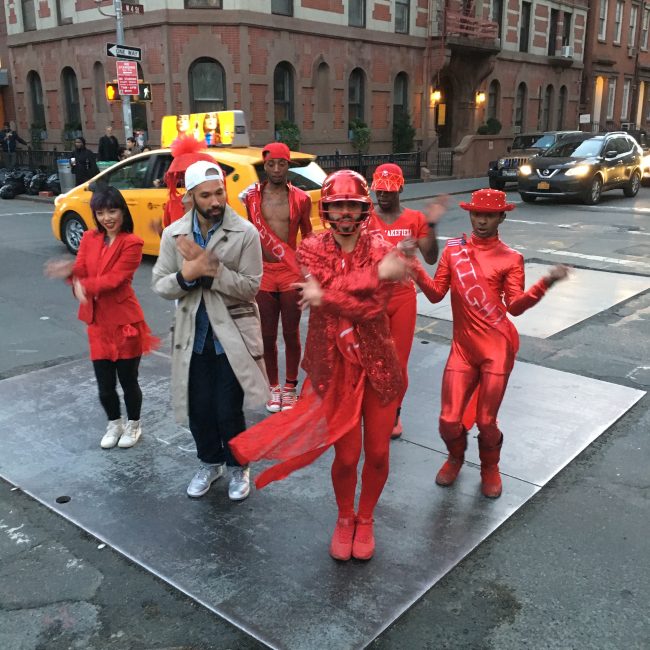 Many of the signs paired female resistance with mockery of the Trump administration. 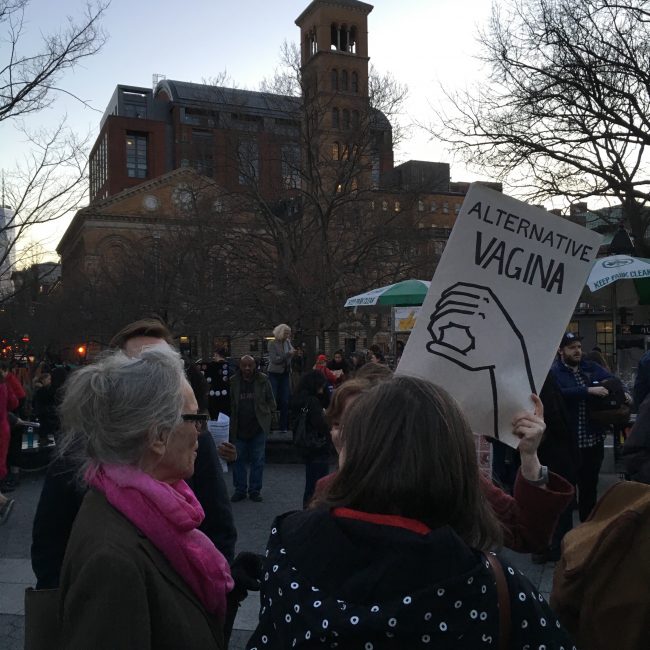 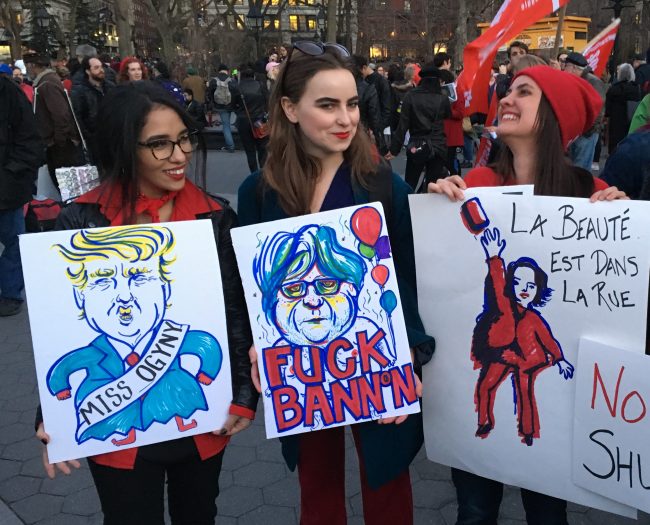 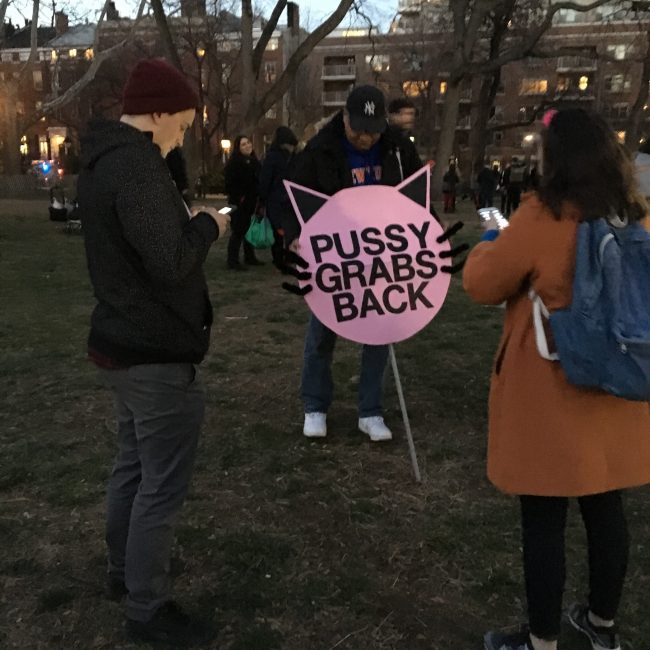 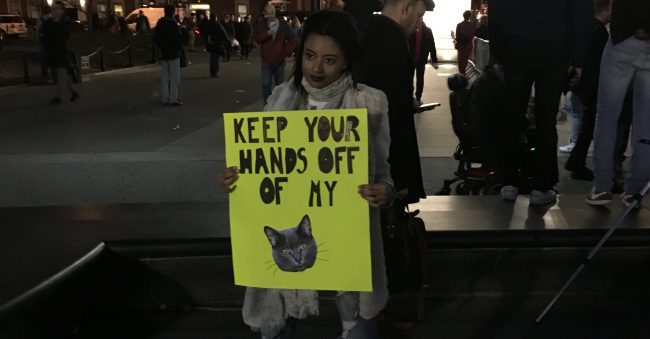 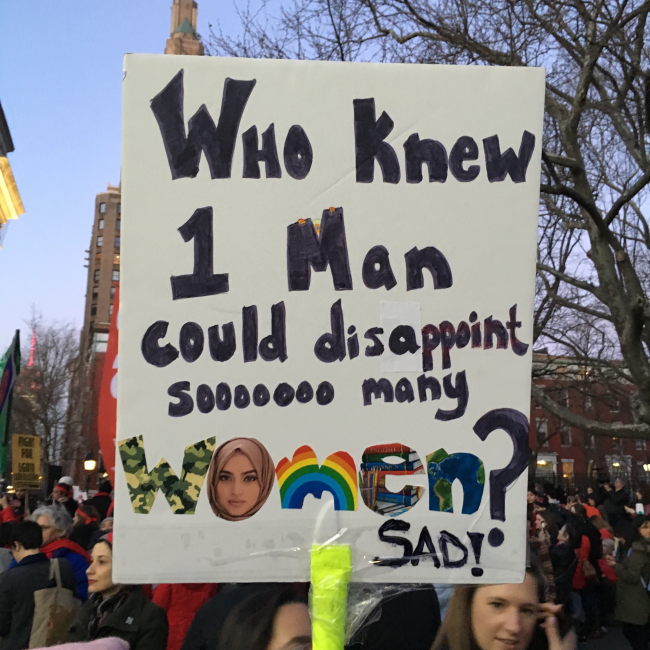 Other signs were all about girl power. 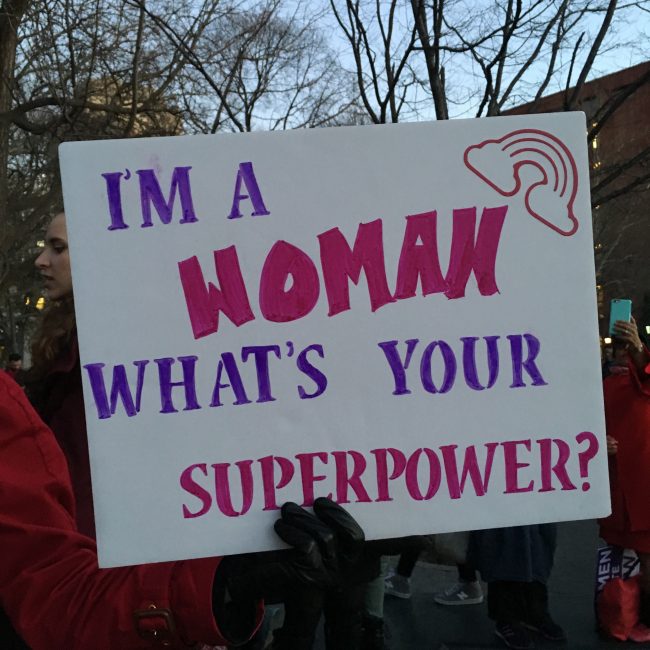 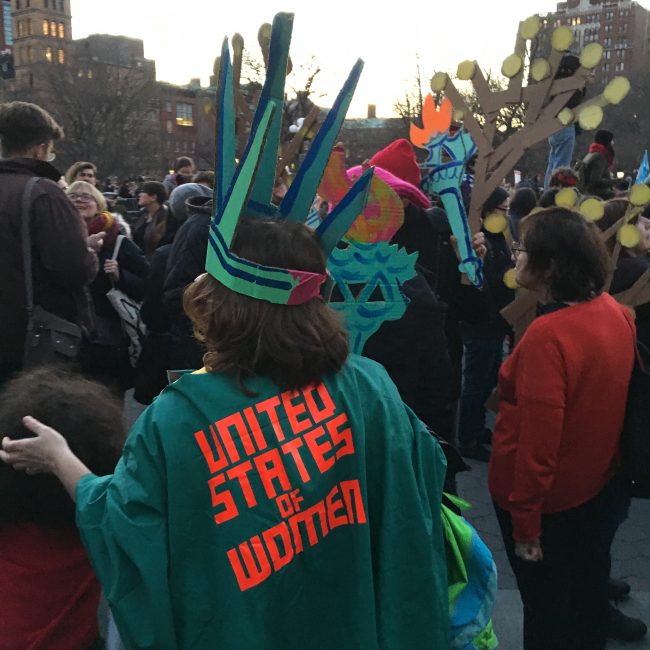 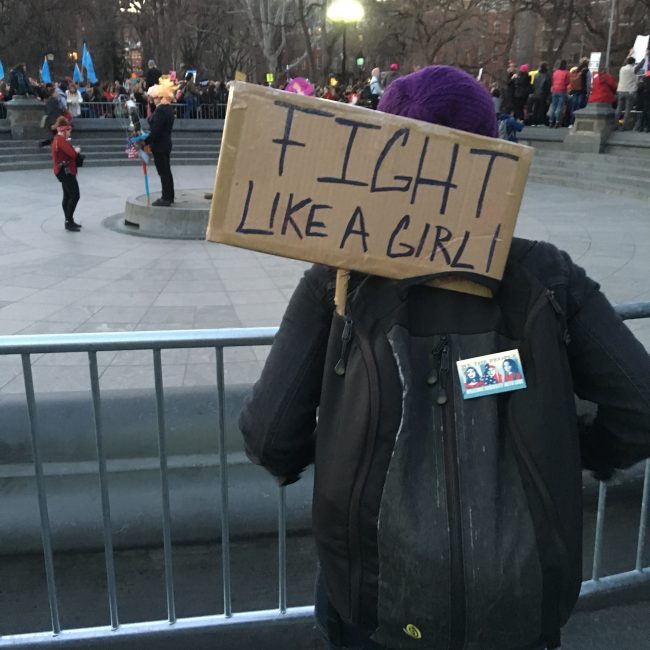 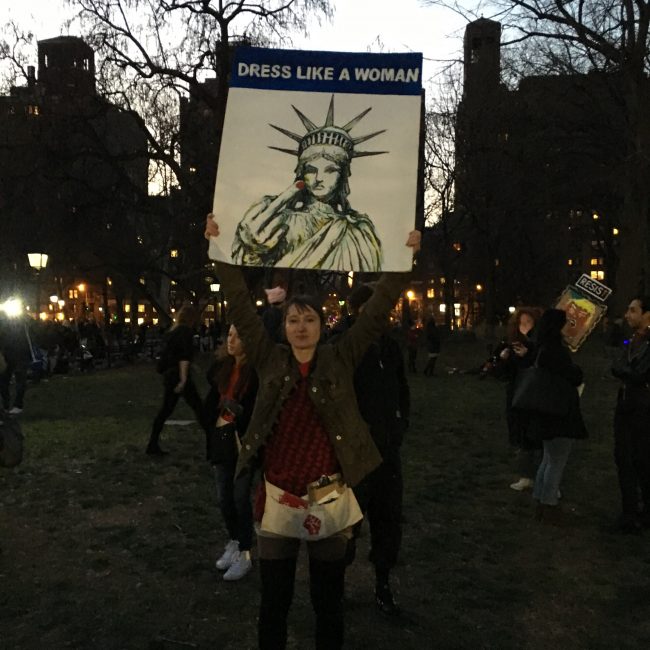 Any feminist movement should by its nature be diverse and inclusive. 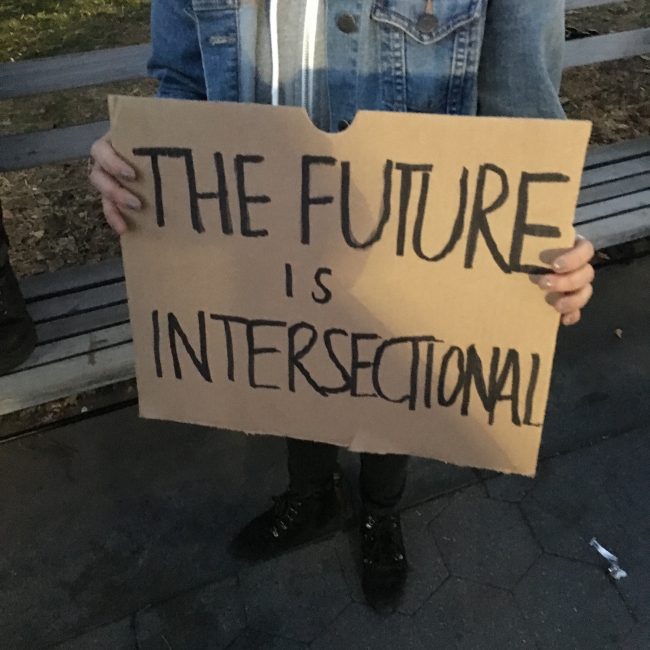 Out in San Francisco, our Jessica Lachenal spotted this gem of a sign: 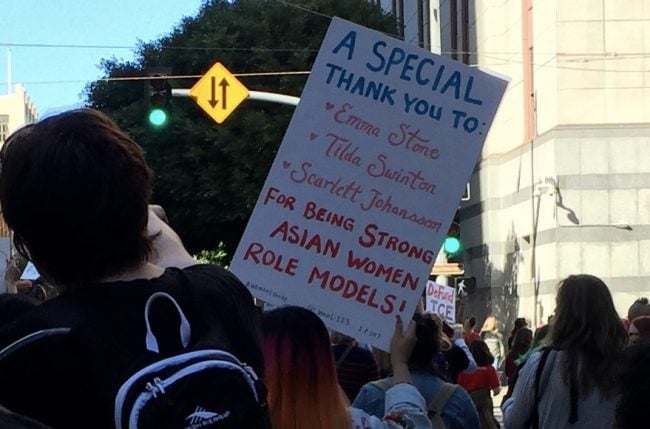 I have to say that my favorite participants of all were these pint-sized marchers. The future is female, indeed. 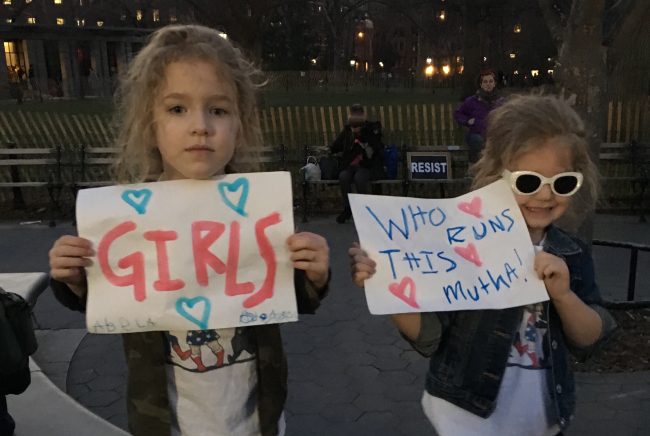 By the arch in the park (where someone was projecting Women Strike! in lights, and through which you could see the Empire State building lit up in pink for the day), a woman stood silently, dressed as Justice, while people took turns holding this sign at her side. It was a striking sight to see, and not one that I will soon forget. 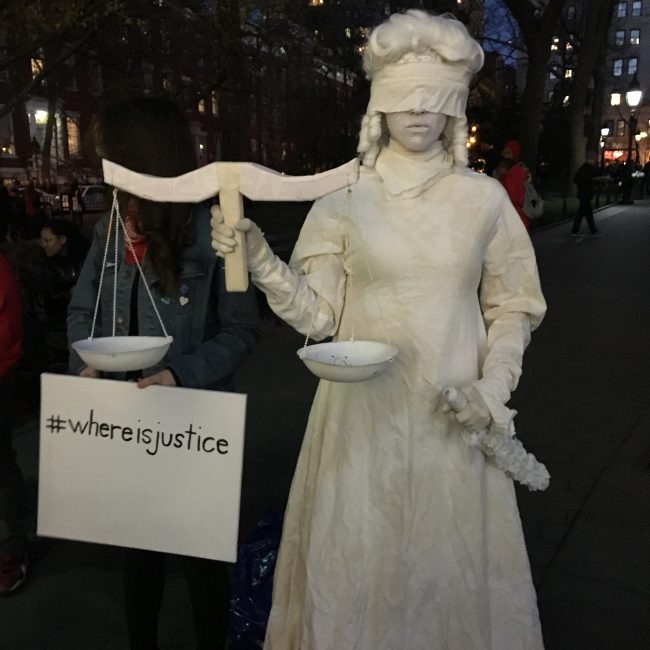 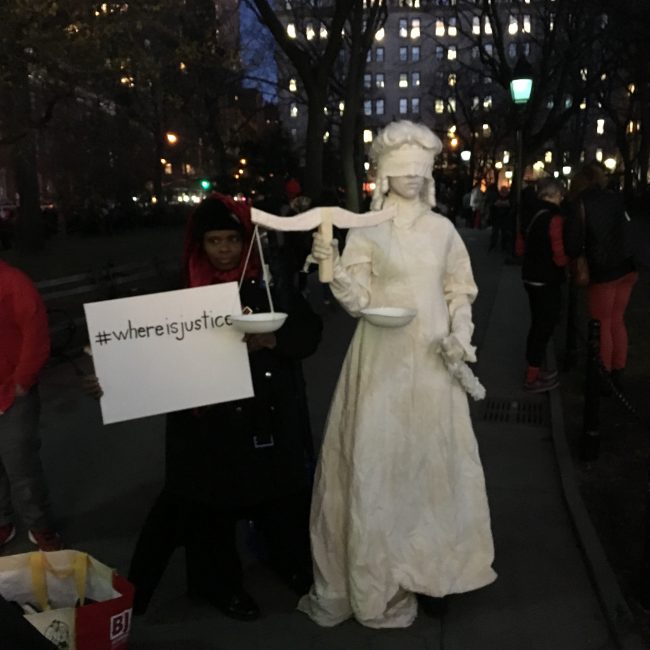 Did you participate in International Women’s Day? Spot any signs you loved or make any of your own? Tell us all about it in the comments.

A Day Without A WomanInternational Women's Day