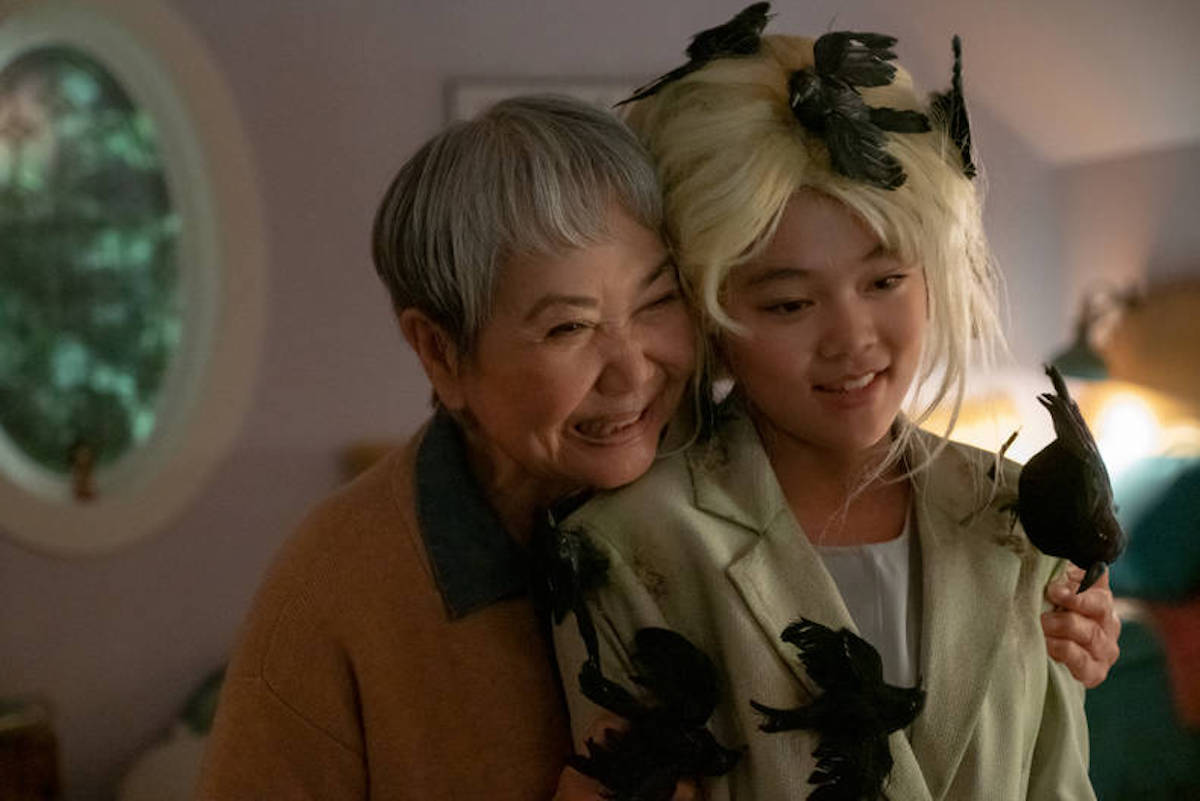 Netflix’s adaptation of The Baby-Sitters Club books is a miracle for young adult television. While getting the aesthetic and tone pitch-perfect, the series also makes important updates for a new generation. But the first thing that set off waterworks for me—and I cried several times watching the show, often from a kind of cathartic joy—was the sight of someone straight out of its original pages.

First, what’s been updated magnificently. Two of the baby-sitters who are white in the books (Mary Anne and Dawn) are played by wonderful young actresses of color. LGBTQ representation is at the forefront, with an episode where Mary Anne stands up for a trans child who is being misgendered, Charlotte Johanssen having two married moms, and Stacey’s new friend in Sea City casually mentioning his adolescent crush on another boy.

With both subtle and broad strokes, the show paints in messages of feminism, social activism, acceptance, and self-empowerment. Clever dialogue means that the show never speaks down to its youthful audience (and the adults like me watching out of nostalgia). As a longtime fan of the BSC, I loved every moment of this more radicalized take, which felt true to the books’ heartfelt center.

The first thing that made me recognize I was really in Stoneybrook, and set off the waterworks, however, wasn’t a member of the club or one of their famous misadventures in living color. It was the sight of Claudia Kishi’s spirited grandmother Mimi Yamamoto, played by Takayo Fischer.

Fischer is styled to resemble the illustrations of Mimi seen on BSC covers, and she perfectly embodied Mimi’s warm, wise, and knowing energy. Mimi is a constant presence around Claudia’s house for the first two dozen books, and a source of love and reassurance to Claudia, who is artistically gifted but struggles academically.

Then in book #26 (again, spoilers!), Claudia and the Sad Good-bye, Mimi passes away. Claudia grapples with her overwhelming grief, sometimes angry with her grandmother for leaving her, and with the rest of her family for not understanding. It’s a realistic and moving depiction of a young woman’s first real experience with death, which many of us encounter in the loss of a beloved grandparent or older person in their life.

Claudia and the Sad Good-bye always made me cry as a kid as it resurfaced memories of those I had lost, but it was also an encouraging and healing book as Claudia makes her way through her grief into remembering and paying tribute to all the love that Mimi gave her. More than two decades later, it still makes me emotional, and I remain glad for the lessons that it taught. 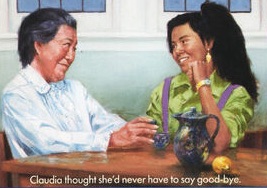 This was driven home by the first sight of Fischer as Mimi. It was, in many ways, extraordinary to see Mimi “alive” again, and then wrenching to watch her and the Kishis go through the pain of her stroke in the episode “Claudia and Mean Janine.” But like The Sad Good-bye, this episode (and the book it was based on) also provided a realistic look at how it feels to experience the sudden illness of a family member, alongside Claudia learning about Mimi’s history as a child in a Japanese internment camp from her sister Janine. The episode was no doubt relatable for millions of viewers, no matter their age.

Considering how much fans old and new have loved the adaptation, I think that we’ll see additional seasons of Netflix’s The Baby-Sitters Club. I don’t know if they’ll get around to telling the story of Claudia and the Sad Good-bye, but I know it is a necessary one deeply grounded in shared experience. In her “reader letter” for that book, author Ann M. Martin wrote:

I began working on Claudia and the Sad Good-bye shortly after my own grandmother died. She didn’t have a stroke like Mimi, but just like Claudia, I was angry at her doctors for not saving her even though there was nothing anyone could have done. She was just too old and ill. Having just been through that experience helped me to describe Claudia’s feelings.

I didn’t make a tribute to my grandmother like Claudia did, but on the night before her funeral, my sister and my cousins and I gathered to reminisce about Granny. Eventually, we found ourselves laughing and telling stories about funny things Granny had done. It helped us feel a little better. For a long time after the funeral I kept a picture of Granny on my desk so I could look at her while I was working. And that helped, too.

I suspect that Claudia and the Sad Good-bye may have helped many of us over the years. Mimi’s loving presence—and her loss—is still remembered. My thanks to Fischer and Baby-Sitters Club creative team for giving her back to us again.