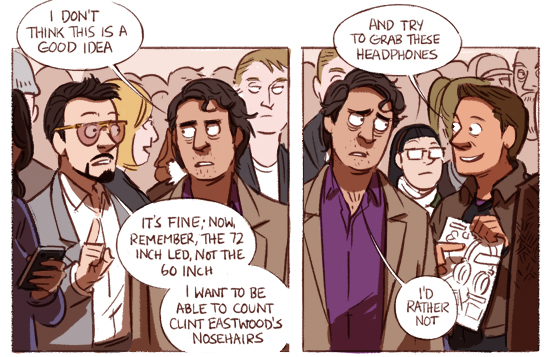 I probably spend too much time on Tumblr, because I immediately recognized that Sairobee’s Black Friday comic depicts Iron Man, the Hulk, and Hawkeye without any more context than the first two panels. If you’d like to know what happens when Bruce Banner has a little too much Holiday shopping, you should check her Tumblr. I like to think that during this Black Widow is on the Helicarrier, gamely still trying to explain traditional Thanksgiving movies like Home Alone, Mystery Science Theater, A Christmas Story, and The Iron Giant to Thor and Captain America.