That’s a No Thanks on Concept Art of Steve Rogers Being Decapitated, Marvel 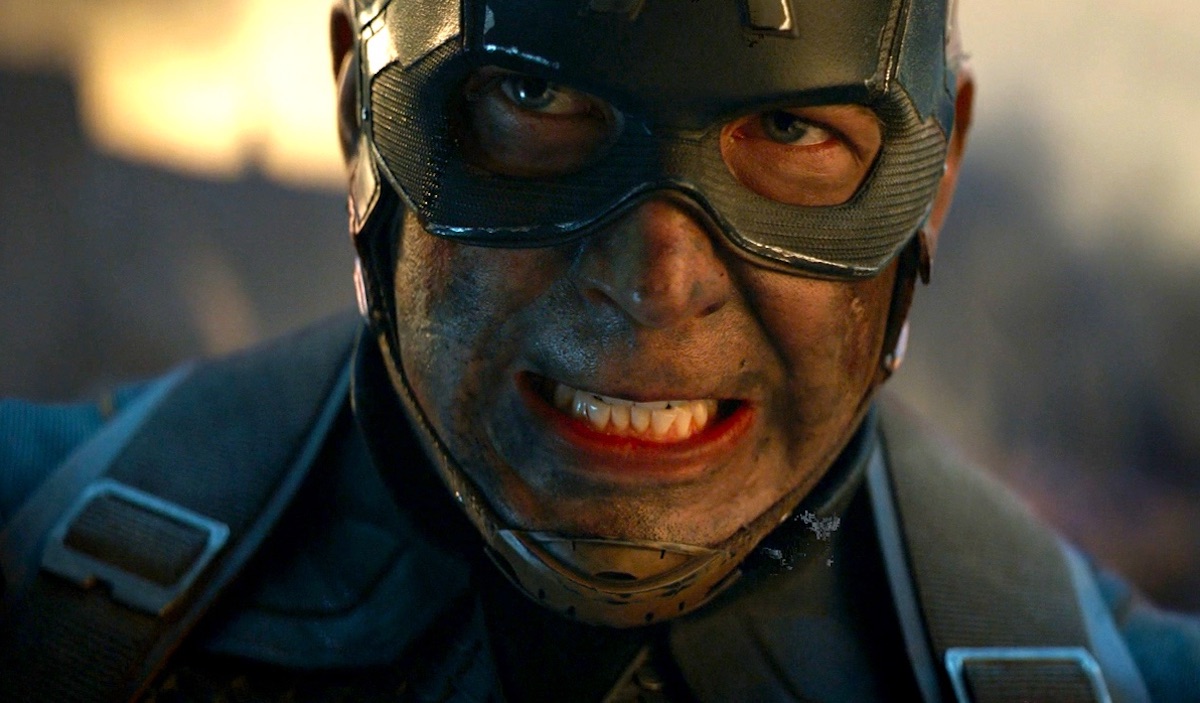 **Even though it’s been out a while, spoilers for Avengers: Endgame follow.**

Marvel’s Avengers: Infinity War and Avengers: Endgame got pretty dark for Marvel movies, but there was one scene that was cut from the latter that would have made the film practically unenjoyable in its grimness. Both directors Joe and Anthony Russo and screenwriters Christopher Markus and Stephen McFeely revealed that, originally, past-Thanos’s arrival to 2023 Earth would’ve been a tad more dramatic than just destroying the Avengers’ headquarters.

“When Thanos comes back, and he comes through a hole that Nebula has created and all that, we had to decide what the playing field was for that final battle,” McFeely told IMDb during San Diego Comic-Con, as reported by ComicBook.com, “and one of the ideas was that she opens a time rift, he walks through from 2014 Earth, where he’s already gone and laid waste to the whole place. And so our heroes come out of the dust, they see this figure walking toward them, he crosses from light to dark or whatever, and it’s Thanos, and he tosses something at their feet. And it rolls and lands at Steve’s feet, and it’s his own head.”

More recently, Kevin Feige has teased that there “might be concept art” of this particularly grim sequence, and oh god, please don’t tell me these escalating comments mean we’re going to have to see that, ever.

That discarded scene idea where multiverse Thanos brings Captain America’s severed head and shows it to Steve? There “might be concept art”, says Kevin Feige. #EmpireMeetsFeige

Let’s break down the idea of having Steve see his past self’s head. I know Nebula survived her past self being shot, but that makes nearly no sense. Having Steve see his past self dead would have confused audiences, because by that logic, shouldn’t Steve be dead? I know, I know, it doesn’t make any more or less sense than anything else in the movie, but it’s just another reminder of the messed up time travel logic on display.

It is also an incredibly violent moment. There’s a line in the somewhat for all ages Marvel movies that shouldn’t be crossed, and having one hero discover their own severed head is definitely crossing that line. It’s gruesome and overly dark and would have been out of step with the rest of the movie. It’s such an off-kilter beat that I cannot fathom why they would even consider writing it, let alone create concept art for it.

Having 2014 Earth be destroyed also makes little to no sense. I know that with Marvel time travel, your past can become your future, yadda yadda, but an entire planet being laid waste to in 2014 seems like it wouldn’t be anyone’s future but entirely the past. The time travel barely works as it is, and only if you don’t really think about it and assume Steve managed to get the stones back to where they needed to be. Even then, a strong breeze would send the house of cards that is their version of time travel crumbling down.

By destroying a past Earth, that would have been too much. They can explore it in Marvel’s What If…? if they’d like (preferably with less decapitation), but it’s a horrible concept for Endgame, which was already exceedingly dark.

Anthony Russo described the scene as being a “favorite” and said they spent months trying to figure out how to make it work. Let’s pretend he didn’t say that, though, because that would showcase a strong lack of understanding for the Marvel canon and for what would make a compelling Marvel story. Instead, lets just focus on the final product and figuring out if they can agree on whether Steve created a new timeline or stayed in the main one with Peggy. That seems more pressing than whether or not Steve’s severed head would’ve traumatized children.