Reddit Will Ban Tons of Users for Thanos | The Mary Sue

In Honor of Thanos, Reddit Will Ban a Huge Amount of Users 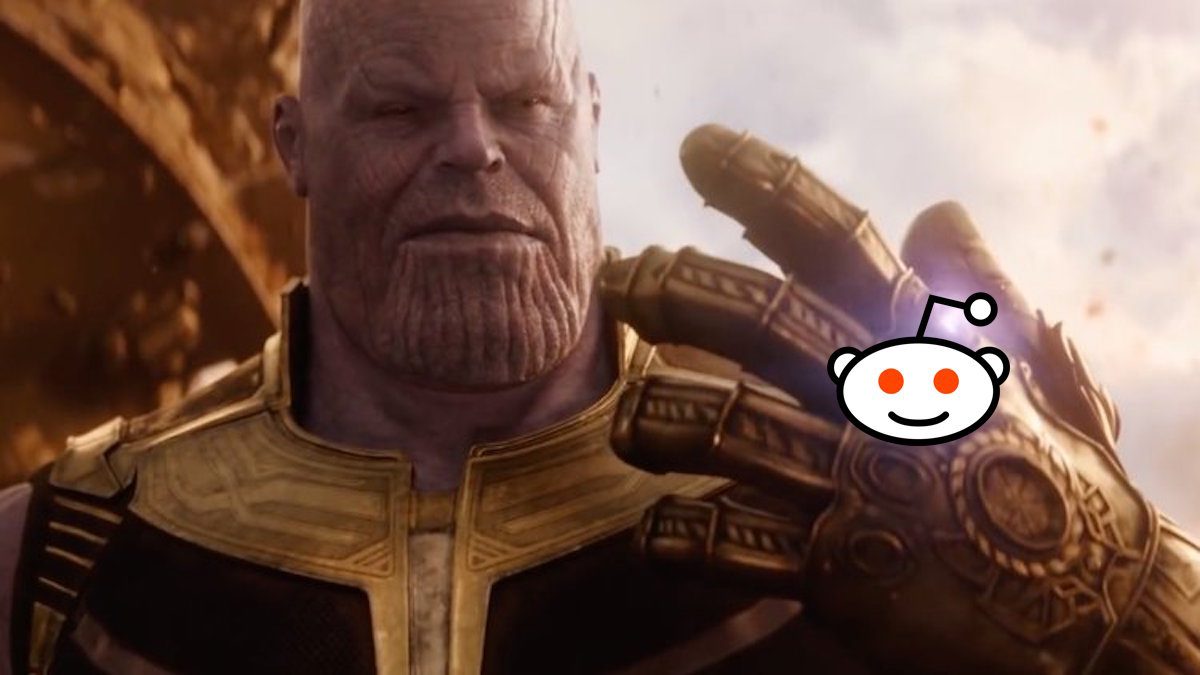 What started as a suggestion on a Thanos-glorifying subreddit has become a Reddit event gaining international news coverage.

In Avengers: Infinity War, Thanos uses the assembled Infinity Gauntlet to eliminate half the life in the galaxy in his misguided quest for balance. Now his partisans seek to follow after the master.

After users on the subreddit r/thanosdidnothingwrong floated the idea of randomly banning half of its subscribers in a nod to Space Grimace’s master plan, the idea took on a life of its own. The post proposing the ban received 155,000 upvotes, effectively sparking a movement. Mods then sought permission from Reddit to carry out their own Snapture, and after some back-and-forth, Reddit agreed to the proposal.

Hey everyone. I’m here to tell you all some good news; news that does put a smile on my face. from u/The-Jedi-Apprentice

In fact, Reddit is now actively involved in this supervillainy: Reddit engineers are building a bot that will enable the instantaneous mass random ban within r/thanosdidnothingwrong. The subreddit-based Snap will take place on July 9th, giving everyone a few days to settle down post-Independence Day and prepare for the quasi-apocalypse.

Thousands of Reddit users are flocking to r/thanosdidnothingwrong for the chance to be so auspiciously banned; you can still join for the chance to feel Thanos’ wrath. Deepening the level of this joke, intrepid users have already set up a new subreddit, r/thesoulstone, to welcome those who fall victim to the random ban. This is a nod to the popular fan theory that those who vanished in Infinity War are not fully dead so much as trapped within the Soul Stone’s pocket dimension, a place of infinite planes under orange skies. On Reddit, it’ll be a new home for those who find themselves banned on July 9th.

It’s rare that an Internet-based joke feels so good-spirited. I may not be the biggest fan of Thanos or his decisions myself, but this is some fun fan-based creativity taken to next level by the sheer power of memery and the official participation of Reddit itself. We might have a difficult time explaining what happened here in a history book, but at a moment when it feels hard to smile much at the news or happenings online, we’ll give r/thanosdidnothingwrong this one.

(via The BBC, image: Marvel Studios)