There’s an Online MST3K Marathon on Thanksgiving This Year 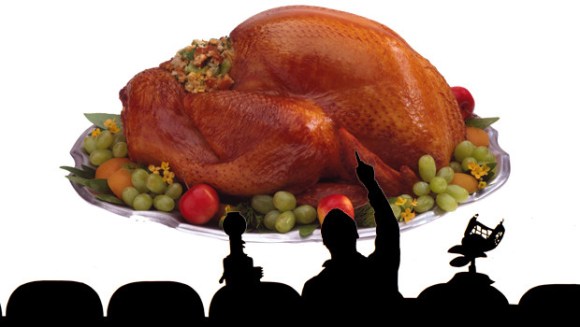 I know what you’re doing on Thanksgiving. It’s what I’ll be doing on Thanksgiving. Watching hours and hours of Mystery Science Theater 3000 on MST3KTurkeyDay.com. The episodes will be hosted by Joel Hodgson himself, and chosen by you. Well, by what Hodgson percieves to be fan favorites by what gets tweeted at him, so everybody get on there and start telling him to run Space Mutiny and The Final Sacrifice. Thanksgiving marathons of MST3K used to be a yearly feature of Comedy Central, but have been absent on the airwaves since 1997. Shout!Factory, the folks in charge of the MST3K DVDs are holding the online streaming marathon in honor of the show’s 25th anniversary.