Texting, Smartphone Use May Soon Be Allowed in AMC Movie Theaters

That's it. I'm ready for the Sunset Squad robot now. 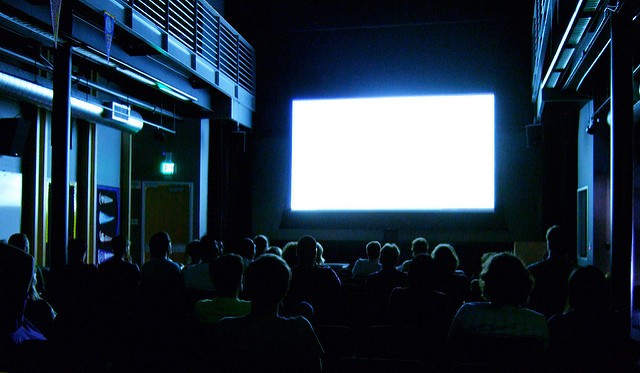 AMC, the biggest movie theater chain in the United States, has a new CEO in Adam Aron, and he’s up for some changes to the moviegoing experience. Granted, there are plenty of things that could be improved about theaters, but “allowing texting in theaters” isn’t one of them—despite his willingness to try it. This is it. This is the hill my youth dies on. I guess I’m glad it’s a movie theater-shaped hill, anyway.

Speaking to Variety at CinemaCon, Aron explained that the move is all about capturing the attention of the youths. He told them, “There does seem to be a consensus that there are pockets of consumers who do not see as many movies as other segments of the population and that we can be doing more to attract those people. Millennials come to mind. We need to reshape our product in some concrete ways so that millennials go to movie theaters with the same degree of intensity as baby boomers went to movie theaters throughout their lives.”

How do you put those millennial butts in movie theater seats? By allowing texting and mobile device use during movies, apparently. Honestly, my own uptight moviegoing preferences (know thyself) aside, I’m not sure that’s really as much of a solution as Aron imagines it to be. Sure, advancing technology probably has a lot to do with younger viewers not heading to movie theaters, but assuming that’s because the youths would rather just not see a movie than go two hours without texting may be out of touch in itself.

“Well, we’ll just let them use their phones in theaters!” isn’t exactly a nuanced take on why younger viewers are choosing, say, YouTube, Twitch, Snapchat, or whatever else over movie tickets. Asked specifically about texting in theaters, Aron responded, “When you tell a 22-year-old to turn off the phone, don’t ruin the movie, they hear, ‘Please cut off your left arm above the elbow.’ You can’t tell a 22-year-old to turn off their cellphone. That’s not how they live their life.”

All is not lost just yet, though. He clarified that it’s also important not to alienate us olds and make sure we don’t get disturbed by all those tiny screens, and he tossed around the solution of making only some theaters texting friendly. Then, all you have to do is just not accidentally buy tickets to the wrong theater—and hope that your fellow viewers remember which one they’re in.

At least he thinks the food could also be better?