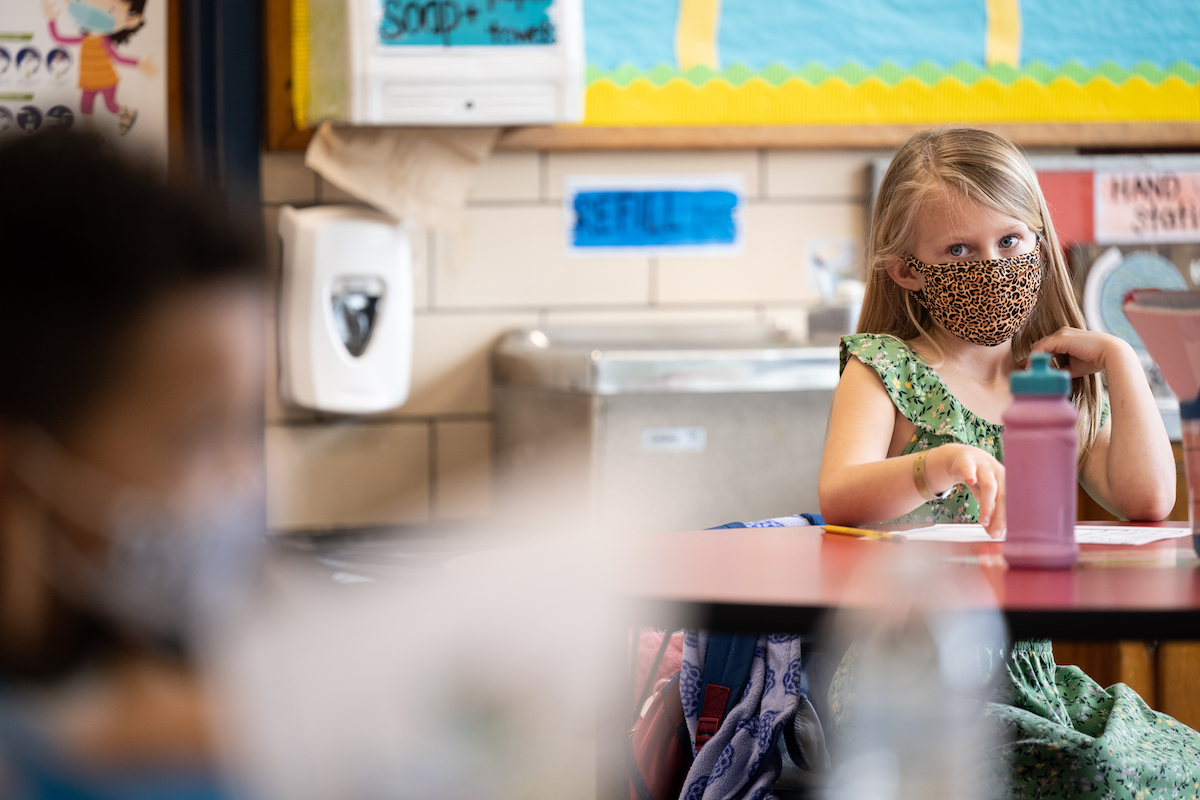 Texas’ Greg Abbot is among the governors who have introduced a ban on mandating masks (or vaccines) in schools or private businesses. But at least one school board has found a loophole to that order by adding masks to its official dress code.

Some school districts have already made the decision to defy Abbott’s orders and are implementing a mask mandate in an attempt to keep the largely unvaccinated student body (as well as the teachers and staff) safe during a deadly pandemic. However, in Texas and other states, those districts are either forced or choosing to offer an option for parents to opt their children out of having to wear masks.

Over in Tennessee, one mother took issue with students’ ability to opt-out of mask mandates but not the school’s dress code. In a now-viral email, she wrote that her daughter’s school’s dress code is “misogynistic and detrimental to the self-esteem of young women.”

“In light of the opt-out option related to the recently announced mask mandate, I can only assume that parents are now in a position to pick and choose the school policies to which their child to be subject,” she writes, adding that since “the school’s dress code policy does not align with my belief system,” which consists of “a strong commitment to feminist ideals,” she intends to “opt out of this policy and send my daughter to school in spaghetti straps, leggings, cut offs, and anything else she feels comfortable wearing to school.”

🔥EMAIL FROM CHATTANOOGA MOM TO @hamcoschools (Chattanooga): “Since you made the mask policy optional, I intend to opt my daughter out of the dress code. Please make note.” @NoogaHoller pic.twitter.com/Xvv26Q1Vnm

We’ve been having this conversation since this time last year, when schools decided masks were a “personal choice” with “no practical way to enforce a mandate to wear them,” as if generation after generation of girls weren’t used to having their outfits constantly policed.

A lot of anti-maskers were never told they couldn’t go to school in a tank top and it shows.

Now the board of the Paris Independent School District, a small school district in northeast Texas, has added masks to its official dress code, writing “the Governor does not have the authority to usurp the Board of Trustees’ exclusive power and duty to govern and oversee the management of the public schools of the district.” Since Abbott’s order doesn’t mention anything about suspending Chapter 11 of the Texas Education Code, the board is within its rights to “amend its dress code.”

BREAKING: A Texas school board has found a loophole in Greg Abbott’s ban on school mask mandates by instead adding masks to the district’s dress code.

For as long as there have been school dress codes, girls have been told that the rules are for their own good and (obviously more importantly) the good of their (straight male) classmates—to create a safe, distraction-free learning environment. Well, since a deadly, highly contagious disease is far more unsafe and distracting than shoulders or thighs, it’s nice to see a dress code actually doing what it purports.

Somewhere a Texas Republican is struggling with the difficult choice of whether dress codes should be banned so that they can’t be used to enforce mask mandates. Do they hate masks more than they hate short skirts?

For all the girls who have had to follow a ridiculous school dress code, I would like to formally tell all anti-maskers to remember… modest is hottest! & the best way to spread a MODEST amount of your germs is to COVER UP that face! 👍😉

Ah! Someone finally did it.

Now, please tell me that any child found to be in violation will immediately be sent to the office and forced to put on the most ridiculous looking mask possible, like they do with ugly sweats for girls whose shorts are a hair too short.