So Schools Will Send Girls Home Over a Bra Strap but a Mask Is an Unenforceable “Personal Choice”? 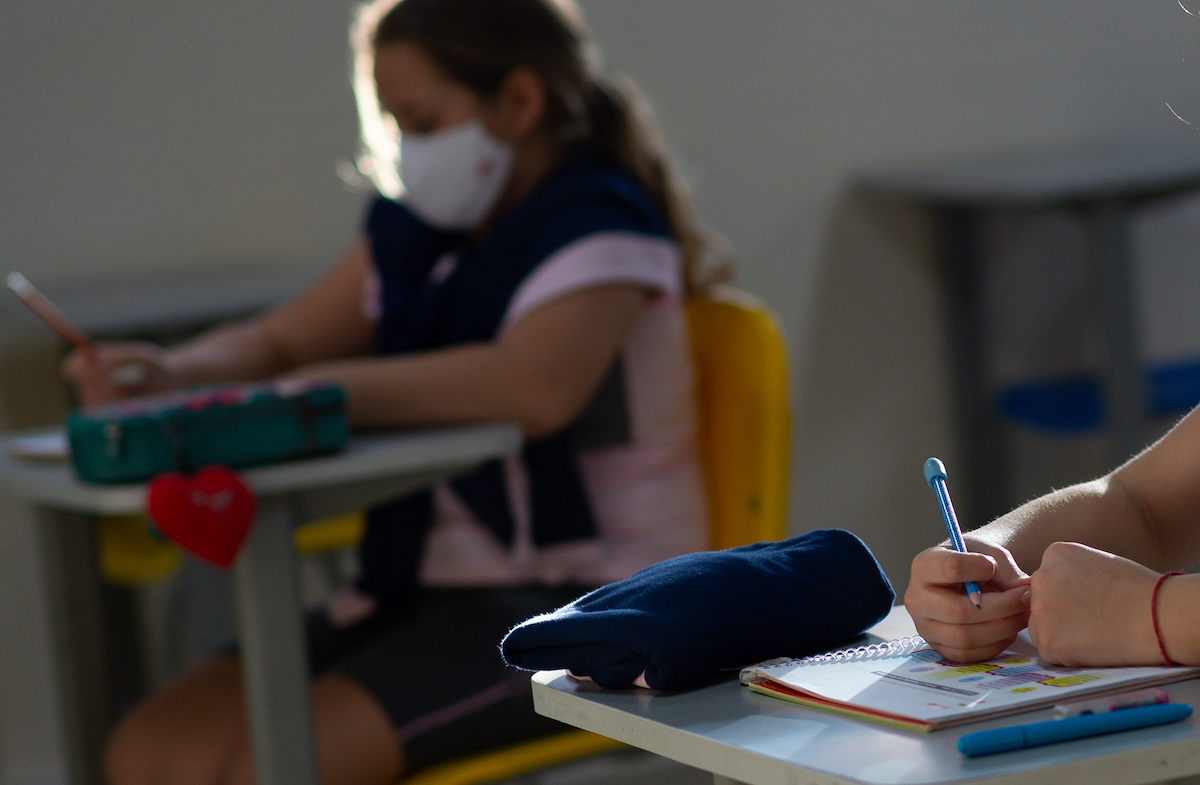 The conversation around U.S. schools reopening has been maddening for so many reasons, not least of which is the insistence that starting schools back up is safe as long as there are “proper precautions” in place. That sounds fine until you realize that those precautions involve expecting everyone from kindergarteners up to teenagers to do things like socially distance, not touch each other, and keep masks on throughout the day.

The notion that that was a possibility was quickly dispelled by photos from a school in Georgia during the first day back this week:

This is the first day of school in Paulding County, Georgia. pic.twitter.com/fzdidaAABM

How many masks do you see in that crowded hallway? Five? That looks like a coronavirus petri dish.

As if that sight weren’t bad enough, the explanation given by that school districts’s superintendent is even worse. After that photo went viral, Dr. Paul Ott sent a letter to parents in which he wrote, “Wearing a mask is a personal choice and there is no practical way to enforce a mandate to wear them. What we will do is continue to strongly encourage all students and staff to wear masks.”

Speaking as someone that spent many years of my life being told I couldn’t wear spaghetti strap tank tops to school, that statement is total bull.

This is trash. Schools enforce dress code ALL. THE. TIME. T-shirts w/ “vulgar” messages, shorts that are “too revealing”, faculty can certainly enforce masks. Why the far right wants to put thousands of kids & teachers at risk of #COVID19 is beyond me
https://t.co/r3tEBlJYDH pic.twitter.com/8OYey5IPJi

Superintendent Brian Otott said, “Wearing a mask is a personal choice and there is no practical way to enforce a mandate to wear them.”

So crazy. Bc GA schools sent me home several times for having tank top straps that weren’t wide enough. https://t.co/6t8foA9GAm

As practically any FEMALE who attended a public school in America can attest… if school admins could send us home for our skirts/shorts being too short, our tank tops not thick enough & our blouses showing too much cleavage … you can enforce a freaking mask mandate. https://t.co/vIcyOcPdzH

Anyone else laughing at how ridiculous it is that some schools are claiming that they can’t enforce mask policies when they’re constantly policing what students wear from hair to tank tops to hats. https://t.co/4DcyzgpN0V

Schools have never had any trouble policing girls’ bodies. Our bodies are called a “distraction,” impeding on male students’ right to an education. How is requiring a nose and mouth to be covered any different, logistically speaking, than requiring thighs or cleavage or shoulders to be covered? Isn’t a major public health risk also a distraction and an impediment to young people’s education?

In yet another example of schools doling out extreme punishments to young women and girls, Hannah Watters, the 10th-grade student who took that photo, was suspended for doing so. The suspension has since been rescinded (with no explanation given) but it’s ridiculous that it was issued in the first place.

Watters told CNN her reasoning for taking the photo, explaining, “I was concerned for the safety of everyone in that building and everyone in the county because precautions that the CDC and guidelines that the CDC has been telling us for months now, weren’t being followed.”