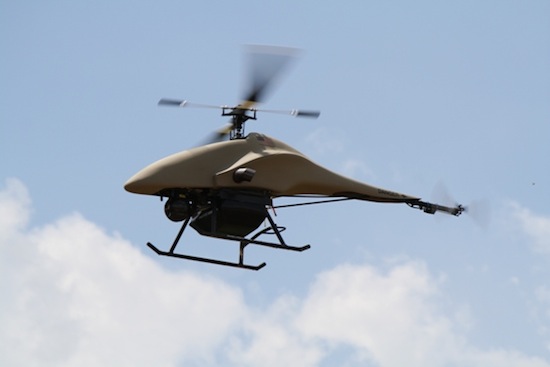 While drones have been credited with much success overseas, even being used in an ongoing campaign in Pakistan, the use of unmanned aerial vehicles has remained limited here in the U.S.. Part of the reason for the hesitation to embrace the technology domestically was demonstrated recently in Texas when a prototype drone being used in a photo-op went hay-wire and crashed into a nearby police vehicle. Looks like we’ve got a while before Skynet takes out humanity.

According to The Examiner, the Montgomery County Sheriff’s Office confirmed last Friday that their attempt to take publicity photos took a terrible turn. The plan was to engage in a police-only exercise using a SWAT team and an experimental drone from Vanguard Defense Industry. The connection between Vanguard and the sheriffs office is not coincidental; the police department purchased a $300,000 ShadowHawk UAV from Vanguard in 2011 with a grant from the Department of Homeland Security.

Here’s how it went down, from the Examiner:

As the sheriff’s SWAT team suited up with lots of firepower and their armored vehicle known as the “Bearcat,” a prototype drone from Vanguard Defense Industries took off for pictures of all the police action. It was basically a photo opportunity, according to those in attendance.

Vanguard CEO Michael Buscher said his company’s prototype drone was flying about 18-feet off the ground when it lost contact with the controller’s console on the ground. It’s designed to go into an auto shutdown mode, according to Buscher, but when it was coming down the drone crashed into the SWAT team’s armored vehicle.

No one was hurt and the police’s pricey drone was safely on the sidelines. Even the crashed drone apparently survived with only minor damage to the prototype.

While this is no doubt a minor bump in the road for drones playing a larger part in police actions, it does give pause for thought. While full-size aircraft are certainly more dangerous when they fall out of the sky, they have a trained pilot onboard who can think for his or her self. What’s more, drones can by design be flown in complex urban terrains with lots of people around. Accidents like this one could be far more tragic if there were simply more people around to be affected.

Until drone makers can raise the reliability of their craft, and improve safety features, they’ll probably be greatly limited in civilian airspace. At least, for now.

(Examiner via Gizmodo, image of related aircraft uninvolved with crash via Vanguard)