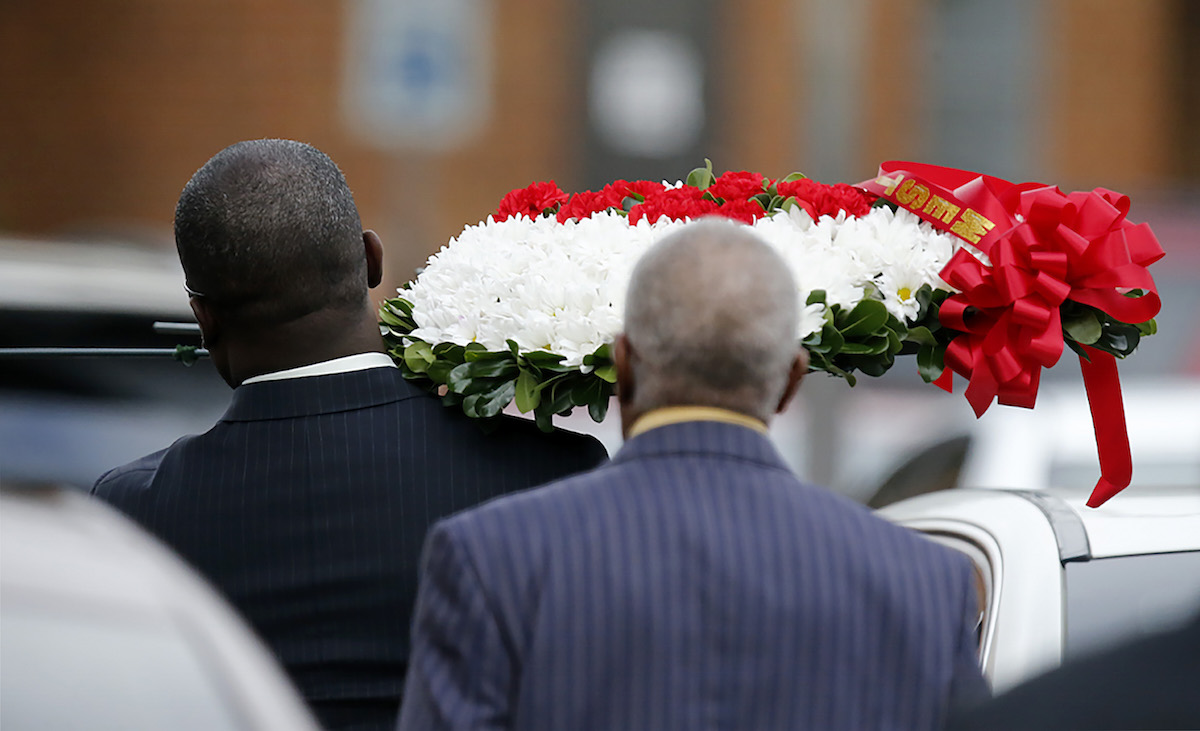 Former Dallas police officer Amber Guyger has been found guilty of murder, the judge announced following the jury reaching their decision. Guyger was indicted last year after fatally shooting her unarmed Black neighbor, Botham Jean, in his own apartment, which she claims she mistook for hers.

The murderer claims that after working long hours on September 6, 2018, she returned to her Dallas apartment building and went towards what she thought was her own apartment. She noticed the door was partially open, pulled out her gun, and shot a figure inside in the dark. However, she was actually in the apartment directly above hers, which belonged to Botham Jean.

While deliberating the case, the jury asked for two things: the definition of manslaughter and the definition of the “castle doctrine,” the latter being a subject of controversy when it was shared that the judge in the case allowed that doctrine to be considered in defense of the former police officer.

BREAKING: A judge has ruled a jury can consider the Castle Doctrine – basically a Stand Your Ground law – during deliberations to determine whether a Texas woman should be punished for entering the wrong apartment and fatally shooting an unarmed Black man. https://t.co/MO3tpCynwb

Castle Doctrine, according to CNN, is the legal notion that your home is your castle, and you have the right to use lethal force to defend your home and not retreat. Many were naturally confused as to why it was allowed in this case because the defendant was not in her home and had no right to be on that property. Legal defenses like the “Castle Doctrine” and “Stand Your Ground” have been subject to controversy due to cases like that Trayvon Martin, highlighting how such notions can seem to benefit white victims over Black ones.

“I ask God for forgiveness, and I hate myself every single day,” Guyger said before the jury last week, her voice shaking. “I wish he was the one with the gun who had killed me. I never wanted to take an innocent person’s life.”

At the same time, Jean being unarmed and so clearly the victim is likely the only reason he has gotten justice in death, which is deeply saddening.

Hermus, the lead prosecutor, pointed out that Guyger never used her first aid when she shot Jean. Guyger testified that “her mind was racing while on the phone with a 911 operator” and that “it didn’t cross her mind that she had first aid supplies in her backpack,”eEven though she is a police officer and trained to react in high stress environments—at least in theory.

“When you aimed and pulled the trigger at Mr. Jean, shooting him in center mass exactly where you are trained, you intended to kill Mr. Jean,” lead prosecutor Jason Hermus said.

Texas Ranger David Armstrong, the lead investigator of the case, said in court, when the jury was not in the room, that he believed Guyger’s actions were “reasonable” and that she did not commit murder, nor manslaughter or criminally negligent manslaughter. Despite multiple attempts by the defense team to have Armstrong offer his opinion before the jury, the judge would not allow it.

Instead, her defense team tried to focus on the “tragic accident” aspect of it all. “The law recognizes that mistakes can be made. It’s always tragic. The law’s not perfect. It’s tragic, but you have to follow this law,” attorney Toby Shook told the jury.

Shook asked the jurors to look at the case “calmly” and not decide on emotion, sympathy, or public pressure.

“That’s hard, especially in a case like this,” he told them. “You’ll never see a case like this, that’s so tragic. So tragic. It’s hard to do as jurors. Who would not have sympathy for Botham Jean? Wonderful human being—died in these horrible, tragic circumstances. Who would not have sympathy for his family or anyone in that position? Everyone does, but that is not part of your consideration as a jury.”

In response, the prosecutors highlighted that Guyger acted disproportionately when she had less lethal options such as using her stun gun or mace, rather than acting immediately with deadly force.

“Self-defense is an option of last resort. She killed him unreasonably and unjustifiably,” said Hermus.

The problem is that “Stand Your Ground” laws stop people from seeing that killing someone should be a last resort. By taking away the idea that self-defense means you have to have tried to flee, it gives those who would shoot first and ask questions later the right to do so.

Botham Jean’s case is both a tragedy and a reason to think about laws like “Stand Your Ground” and “Castle Doctrine” and who they are allowed to help. If Jean had a gun and been able to defend his home, would he have been believed? Those are questions we don’t have to ask now, but they could be, and that is what makes this so confusing and terrifying.

Murder in Texas carries a sentence of up to life in prison.