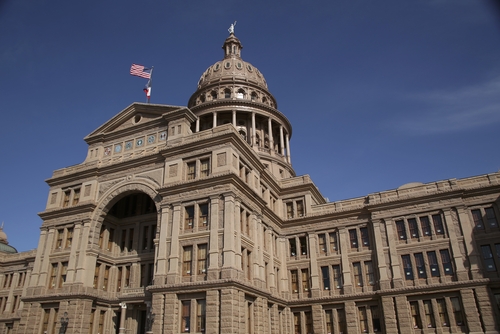 For quite some time now, Texas has been pushing to pass legislation that would effectively bar transgender people from using the restroom that aligns with their gender identity (i.e., the correct restroom). We’re happy to say that for the time being, this “bathroom bill” has died, as Texas lawmakers closed their special session without passing it. The next time such a bill can be introduced is in two years, when they re-adjourn for their regular session. House Speaker Joe Straus actually ended the special session a day early, much to the dismay of the Republican lawmakers present. Lieutenant Governor Dan Patrick once again brought up the “sexual predator hiding in the bathroom” myth in a press conference about the end of the session.

Reuters reports that Straus, a Republican himself, said that the “issue was not a priority” as the session came to a close. The bill has failed to pass twice now, as its first failure came during the regular session earlier this year.

There’s no way of telling whether the extra 27 hours or so of the special session would have made the bill or not, and thankfully, we don’t really have to find out. That being said, the bill did come pretty close to passing not too long ago as Senate Bill 3, where it made it all the way to the House before getting shut down. One of the primary arguments against the bill was that it would cost the state about $5.6 billion through 2026 if it should pass. Given that North Carolina passed a similar bill that cost would cost them $3.7 billion, the argument had some weight. As well, many organizations—sports organizations, specifically—came out against the bill, threatening to pull out of the state if the bill should pass, once again illustrating that yes, there is a very specific price tag on passing such a bill.

This is the “bleeding heart” in me, but I have to say: I guess threatening the wallet is good enough if you can’t get people to see transgender people as, I don’t know, human.

What we should be doing now as citizens is making sure that the bill meets the same level of resistance (if not more than that) as they gather for their next regular session in 2019. Yes, it’s absolutely important to enjoy the victory while it’s here, but let’s not rest on our laurels; the fight rages on.