Umm...those two things are not the same, dude. 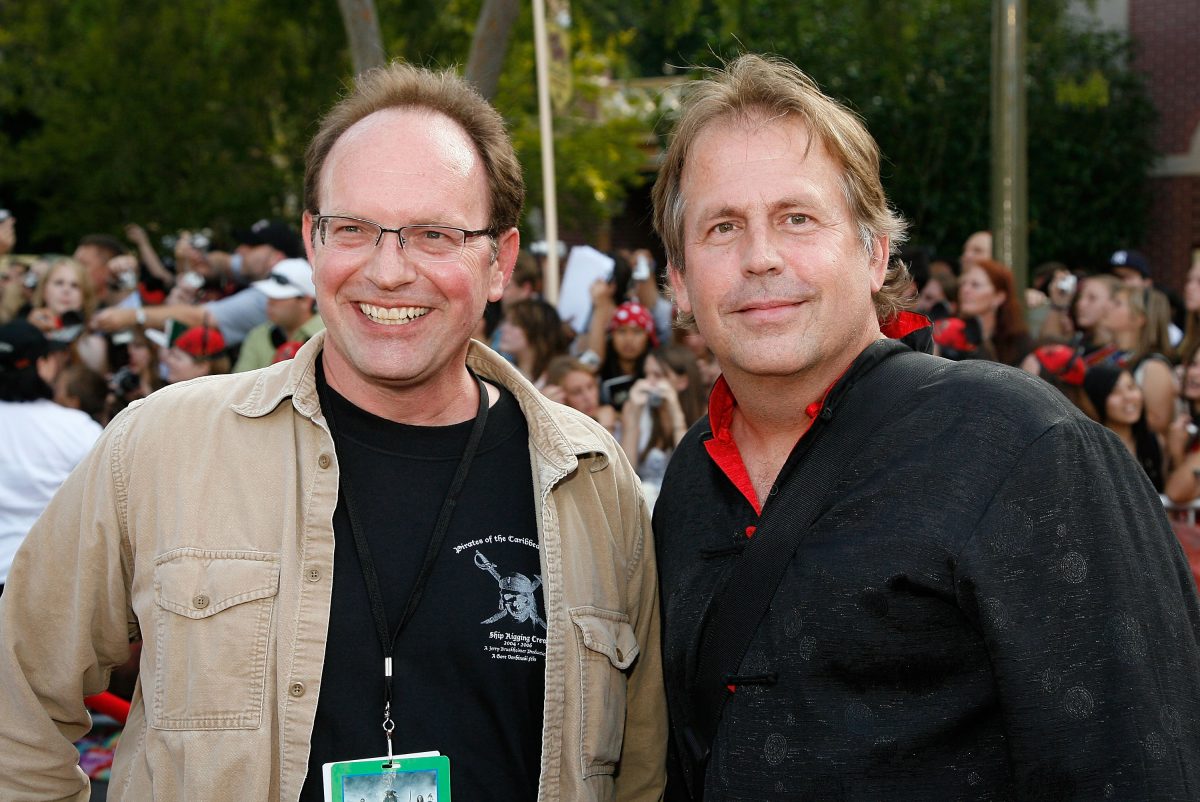 Hollywood screenwriter Terry Rossio shocked Twitter with an egregiously awful tweet where he compared being “anti-vax” to being called “the n-word” in a bizarre rant against vaccinations. Rossio’s tweet was responding to TV and comics writer Julie Benson, who had retweeted a humorous post about donating to UNICEF’s vaccine fund in the name of your anti-vax relatives for the holidays. The Pirates Of The Caribbean scribe (seen above on the right with his writing partner Ted Elliott) tweeted the following on Thanksgiving:

My heart goes out to all the parents of vaccine damaged children, who have to not only endure the sadness of their loss, but also the vitriol of ill-informed and insensitive people (such as those here). Anti-Vax is equivalent to calling someone a nigger and makes as little sense.

Hoo boy, there’s a LOT to unpack here. How can one man pack so much stupid into a single tweet? Having an ill-informed and unproven conspiracy theory belief is in no way, shape or form comparable to being called the n-word. And being anti-vax has absolutely zero to do with systemic racism that people of color face on a constant basis. People can’t change the color of their skin, yet anyone can change their ignorant, uneducated views on vaccines.

And as if this comparison weren’t already offensive enough, Rossio saw fit to spell out the n-word in full. Why? And what for? To inspire shock and outrage? To offend anyone scrolling through his Twitter feed on Thanksgiving? Leave it to an obscenely wealthy white man to bandy about hate speech in a rant about his own perceived discrimination. But then again, it’s a fool’s errand to expect coherence from the writer of the The Pirates Of The Caribbean sequels.

And this isn’t even getting into anti-vaxxer views themselves, which have been repeatedly scientifically debunked and have lead to the resurgences of previously eradicated illnesses threatening the entire population. Anti-vax views are not only ignorant; they are downright dangerous to the population and especially to children.

1. Autism isn't "damaged"
2. Abolutely zero link between vaccines & autism
3. The "n" word is a vile, blood-soaked epithet used to demean decent, upstanding people. "Anti-vax" is a mild way to describe people who endanger their own helpless children & their entire community.

God, this is such a good point. I remember how American founders and citizens enslaved vaccine skeptics for decades. And then, even after freeing them, the government enshrined laws to marginalize vaccine deniers and to deny them wealth and opportunity. That's just history.

Let's see: Black people have different color skin through no conscious action of their own.

Vax conspiracists intentionally play dice with their children's lives and weaponize their kids and knowingly send them out in a potentially vulnerable community.

I'm sorry, is calling someone an "anti-vaxxer" using a dehumanizing word with an ugly history of centuries of slavery, systemic repression, racism, and targeted abuse?

Then it's not the same. So have the goddamn decency to treat it as such.

There is no equivalent to the n word. None. Not in this country.

I can’t believe the writer of Shrek is a fucking idiot.

Hey @Disney, if you stand by Terry Rossio but not @JamesGunn, then you have some explaining to do. https://t.co/e0hWvqMcbD

The n-word is so profoundly offensive that a euphemism has developed for those occasions when the word itself must be discussed.

The same cannot be said for the term "anti-vax." https://t.co/RF7rdpMx8P

Imagine saying something so dumb, that you get dunked on by the dictionary on Twitter. Terry Rossio knows this feeling.

Happy Thanksgiving weekend to everyone but Terry Rossio.