Clearly these people have never read any of Sir Terry's work. 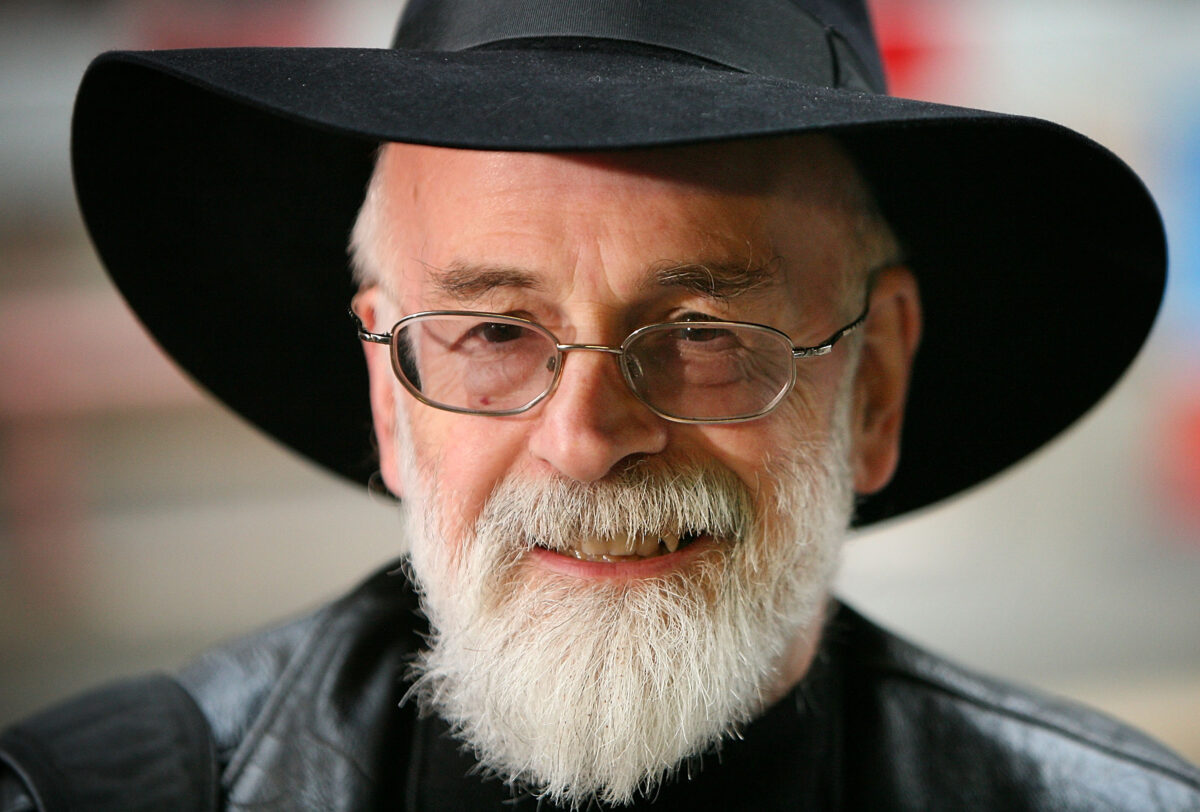 Few authors can claim the extraordinary fan base and universal adoration that Sir Terry Pratchett has. The prolific Discworld author, who passed away in 2015, was not only a pillar of fantasy literature, but was universally beloved among his peers. Pratchett’s work often contained themes of acceptance and inclusivity, so when some online transphobes tried to claim him as one of their own, the internet reacted with righteous anger and indignation.

Chief among them was Pratchett’s daughter Rhianna, who tweeted “This is horrifying. My father would most definitely not be a GC if he was still alive. Read. The. Books.”

This is horrifying. My father would most definitely not be a GC if he was still alive. Read. The. Books. https://t.co/iphrwjBMUk

“GC” stands for “gender critical”, i.e. a fancy pseudo-academic phrase to describe transphobic people. Anti-trans campaigners have previously tried to co-opt the words of dead authors, applying a transphobic interpretation to their works. It is upsetting and deeply distasteful that these people are trying to place an anti-trans label on authors who can no longer speak for themselves.

And of all the authors…Terry Pratchett, really? Clearly none of these people have actually read Mr. Pratchett’s work, or they would know that he frequently subverted gender norms and featured gender nonconforming characters in several books, like Discworld‘s Cheery Littlebottom, a dwarf who identifies as a woman and uses she/her pronouns.

Many fans took to Twitter to celebrate Pratchett’s work and call out the transphobic claims for what they are: absolute rubbish.

Sometimes, the voice of a person long dead remains more alive and more relevant than that of a thousand still living. pic.twitter.com/RAJYEvtoC3

Love that Terry Pratchett has interrupted his own eternal slumber to say ‘absolutely fucking not’ to transphobes trying to co-opt his legacy. https://t.co/sWJUUgYDjV

still thinking about those TERFs who thought Terry Pratchett would be on their side pic.twitter.com/3I7vb54m7T

Literally one of the first jokes in Terry Pratchett's first novel "The Colour of Magic" made fun out of researchers who couldn't stop obessing about what sex the giant space turtle, the Great A'tuin, was. The joke being literally who fucking cares about the turtle's sex. https://t.co/tJFYVObF94

Terry Pratchett literally wrote a book where the villain was a GC who sided with fascists. pic.twitter.com/SXbSz6VS2f

People claiming that Sir Terry Pratchett was a TERF/GC, when we have Cheery god damn Littlebottom is hilarious.

Don't besmirch Sir Terry's name for something this dumb. pic.twitter.com/4WKkvgs8JX

“Terry Pratchett would be gender critical” is the UK version of “George Carlin would’ve voted for Trump.”

Complete nonsense from bigots looking to appropriate people that aren’t here to speak for themselves. https://t.co/WB0veiwyDD

Yes it is horrifying, but remember~

“…and the funny thing was that people who weren't entirely certain they were right always argued much louder than other people, as if the main person they were trying to convince were themselves.”#TerryPratchett#TransRightsAreHumanRights https://t.co/QAHnCf8uPo pic.twitter.com/QaTzhBthoi

Terry Pratchett’s works were full of remarkable ideas that were even more progressive when they were written. Cheers to his readers, friends and daughter who continue to see this message carried forward. https://t.co/W6JcSmg9kS

Terry Pratchett was a fierce defender of individuals staying true to themselves regardless of the roles the world had in mind for them. His book Equal Rites shows how gender roles are by & large bullshit & says you should make your life w/ the gifts you have no matter your sex.

The lesson? Don’t come for Discworld fans and don’t you dare besmirch the reputation of Sir Terry.