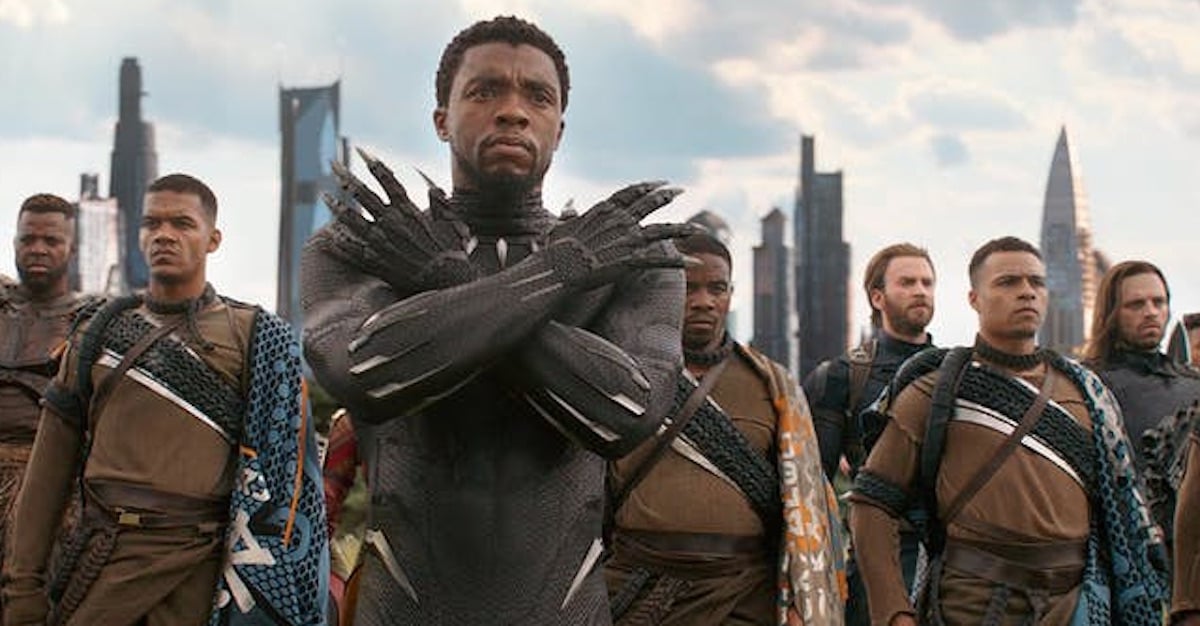 Terry Gilliam, the American-born British former member of the Monty Pythons, took aim at Marvel recently. That, by itself, isn’t that much to talk about, since every director has had something to say about Marvel. However Gilliam also made some dismissive and frankly racist statements about Black Panther and what it means to Black people. For the record Gilliam is a white man from Minnesota.

Gilliam called Ryan Coogler’s Black Panther, “utter bullshit,” according to The Independent, for giving young fans, particularly Black fans, a false sense of belief, as he puts it. “I hated Black Panther. It makes me crazy. It gives young black kids the idea that this is something to believe in. Bullshit. It’s utter bullshit.” He went on to say that he doubted that the people involved in the movie ever bothered to visit Africa to prepare for the film.

“I think the people who made it have never been to Africa. They went and got some stylist for some African pattern fabrics and things. But I just I hated that movie, partly because the media were going on about the importance of bullshit.”

Now, let me just start out by stating the obvious first. Ryan Coogler is a Black man who spent his career writing about Black life from Fruitvale Station to Creed. Not only that, but he has worked to illustrate the complexities of Black life and wanted to work on Black Panther because it would be something for young Black kids to believe him.

As for the costume designer, Oscar winner Ruth E. Carter, she has spoken at length about the multiple African influences that she pulled from across the continent. Lupita Nyong’o is Kenyan-American, Danai Gurira, who is also a screenwriter, is Zimbabwean-American. So a combination of Black people from across the diaspora came together to bring Black Panther to life, a comic book character that was created by white people, yet Terry Gilliam thinks he knows better than us.

Growing up in America, despite having two Black parents who were very proud to be Black,  I was not taught by my education system to feel pride in having “African” ancestry. In social studies, I learned about Egypt, slavery, and AIDS when it came to the cultural history of Africa. A continent made up of 54 fully recognized sovereign countries and nine territories, constantly reduced to one homogenous group because people would rather condense the Black experience than acknowledge the broadness of it.

Black Panther gave young people pride in their Blackness, an opportunity to see their ancestry celebrated in a fantasy comic-book setting the way why people have for centuries. Do you think Thor is an accurate depiction of Norse mythology and Vikings? No. It’s wish-fulfillment.

What seems to underline Gilliam’s point, at least for me, is this idea that Black children born in “The West” shouldn’t feel pride in having African ancestry because Wakanda is not real. Because “Africa” is not worthy of being seen as a worthwhile place, only one of pity and exploitation. It is the kind of thing that only someone who is used to seeing himself and his history being heralded as the ideal would say.

We know Wakanda isn’t real. The same way people know Hogwarts isn’t real. However, Wakanda stood as an example of the possibility of what one African nation could have looked like if it didn’t have to deal with the stain of colonization. That is the kind of story young Black fans should see. To see people looking like them as heroes. It doesn’t mean the film is above critic, especially from other Black fans, but it certainly isn’t harming anyone by showing people that African nations are filled with promise.

Unless you don’t think that.

(via The Independent, image: Disney/Marvel)