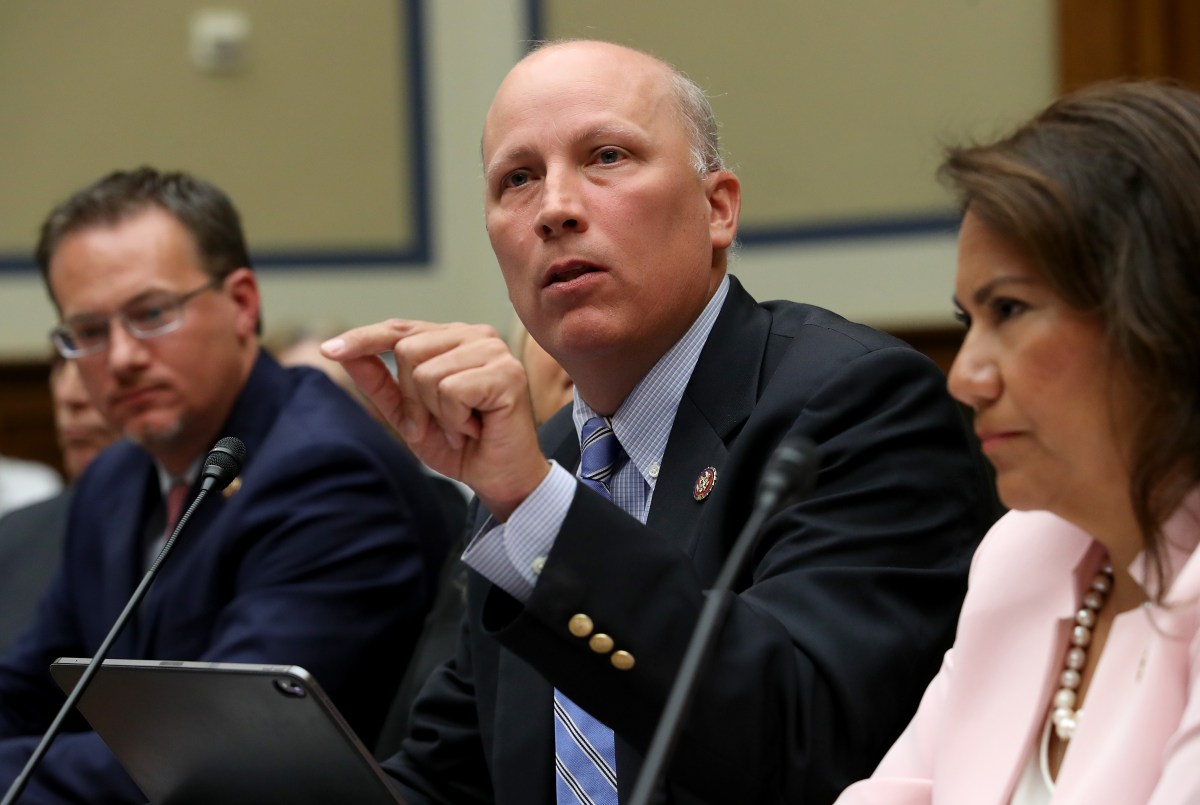 As the country reels from the horrific mass shootings in Atlanta in which six women of Asian descent were murdered, we must confront the virulent racism and anti-Asian violence spawned by Donald Trump and the conservative narrative around the coronavirus pandemic. This arose in a nation that already had a long and incredibly ugly history of anti-Asian violence and racism.

Today the House Judiciary Committee held a panel to discuss anti-Asian violence and discrimination, which has spiked in the last year. The hearing had been scheduled weeks ago to address the rise of anti-Asian attacks in America; the group Stop AAPI Hate found nearly 4,000 racist incidents within the year, which does not include those that go unreported. Per the New York Times, lawmakers “pledged to confront the rising tide of violence” and heard from six female lawmakers of Asian descent from both sides of the political aisle.

In often deeply personal testimony, the lawmakers described the fear and trauma rippling through the Asian-American community, and argued that the uptick in attacks on Asian-Americans was a direct result of the rise of anti-China rhetoric stoked during the coronavirus pandemic. In one particularly heated moment, a Democratic congresswoman tearfully confronted a Republican on the panel, saying members of his party had used language she said put “a bull’s-eye” on Asian-Americans.

At another emotional point, Representative Doris Matsui, Democrat of California, who was born in an internment camp for Japanese-Americans, described how hearing politicians including former President Donald J. Trump use xenophobic phrases to describe the coronavirus brought back memories of the discrimination her parents faced from the federal government decades ago.

Those hoping that the House would maintain a somber hearing on anti-Asian violence and discrimination saw the meeting “turn tense,” as the Times put it, when Rep. Chip Roy opened his mouth. The Texas Republican and “freedom caucus” member rambled on in an address that started off somewhat normally, calling the shootings “a tragedy” and that “victims of race-based violence and their families deserve justice.” Roy then said, “There’s an old saying in Texas about ‘find all the rope in Texas and get a tall oak tree.’ You know, we take justice very seriously. And we ought to do that. Round up the bad guys. That’s what we believe.”

“There’s old sayings in Texas about find all the rope in Texas and get a tall oak tree. You know, we take justice very seriously, & we ought to do that. Round up the bad guys.” — here’s Rep. Chip Roy (R-TX) glorifying lynchings during hearing on violence against Asian-Americans pic.twitter.com/uy5irfmJCo

Ah yes, “Texas justice,” otherwise known as LYNCHING. Only a Texas Republican could show up at an anti-racism hearing and fondly reference murder by racist mobs and individuals. Meanwhile, his fellow Republicans in Congress, namely Rand Paul, have stalled a bill, the Emmett Till Antilynching Act, that would explicitly make lynching a federal crime. Roy’s rant continued, as he attacked the Chinese Communist Party, saying “I think the Chinese Communist Party running the country of China, I think they are the bad guys … I think that they are harming people and I think they are engaging in modern-day slavery.”

Roy then threw in some First Amendment pablum, adding “My concern about this hearing is that it seems to want to venture into the policing of rhetoric in a free society, free speech, and away from the rule of law and taking out bad guys.”

Okay … but what does that have to do with racism and violence against the AAPI community in America? Does your right as a racist to call COVID-19 by pejorative terms (as President Trump did while speaking at a youth rally in June 2020, and again at a church, and at countless other junctures, including last night on Fox News) override protecting millions of people from hate speech and violence? Roy used this hearing to spout his toxic beliefs with zero interest in learning about the Asian American experience.

One of the worst lynching incidents in our history was perpetrated against the Chinese community of Los Angeles when some 20 people were killed and hanged by an angry white mob. This language is unacceptable, and Chip Roy is an ignorant inciter. https://t.co/6EROMC2B9G

Rep. Grace Meng (D-NY)—who is of Taiwanese descent—responded to Roy’s ramblings saying, “The topic [of today’s hearing] is ‘Discrimination and Violence Against Asian Americans … Some of us seem to be going a little off-topic; I’m not sure why.”

Chip Roy glorified lynching at a hearing on violence against Asians. The largest mass lynching in US history was against Chinese immigrants.

I served on active duty in the US military to defend @chiproytx’s right to say stupid, racist stuff. I just wish he would stop saying it. https://t.co/9pHb3ERgaN

Meng added, “I want to go back to something that Mr. Roy said earlier … Your president and your party and your colleagues can talk about issues with any other country that you want, but you don’t have to do it by putting a bull’s eye on the backs of Asian-Americans across this country. On our grandparents and on our kids … This hearing was to address the hurt and pain of our community and to find solutions! We will not let you take our voice away from us!”

.@RepGraceMeng to Rep. Chip Roy: “Your president and your party and your colleagues can talk about issues with any other country that you want but you don’t have to do it by putting a bullseye on the back of Asian Americans…We will not let you take our voice away from us.” pic.twitter.com/TW6hfOmlAh