Tennessee Republicans Are Trying to Remove Ruby Bridges From School. In 2021.

Tennessee Republicans Are Trying to Remove Ruby Bridges From School. In 2021.

Time is a flat circle. 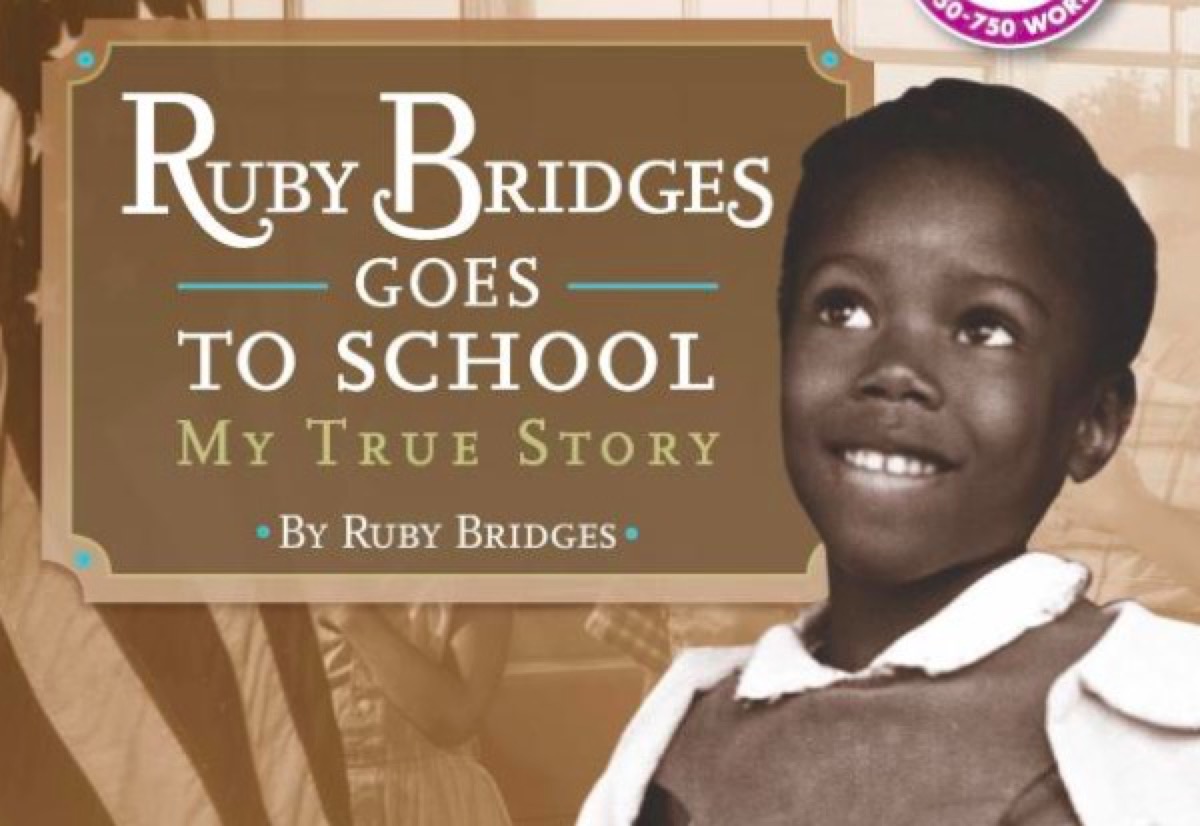 With 2020 often spoken of as the time of a “racial reckoning” in America, it’s no surprise to anyone who knows this country that there would be a strong pushback against such a thing making any real progress. That has manifested in the right-wing attacking anything and everything that comes anywhere close to an honest discussion of the facts of race America, which now includes banning a book by and about Ruby Bridges—one of the first Black children to integrate New Orleans’ school system.

It’s a moment of truly despicable irony as angry white people try to get Ruby Bridges’ book removed from schools because it describes mobs of angry white people trying to keep Ruby Bridges out of a school back in 1960. Last month, The Tennessean reported that the Williamson County chapter of Moms for Liberty, which started up earlier this year, had challenged a literacy curriculum used in K–5 classrooms in several school districts this past year called “Wit & Wisdom.”

“Moms for Liberty” called several of the books used in the curriculum into question, including such titles as Separate Is Never Equal—literally the premise of the U.S. Supreme Court’s unanimous decision to end segregation and, thus, entirely appropriate history to teach to children—and of course, Ruby Bridges Goes to School.

The Tennessean reported that Robin Steenman, the head of the Williamson County chapter of Moms for Liberty, “presented excerpts [of these books] to the Williamson County Commission’s education committee in May,” and criticized Ruby Bridges Goes to School for being too harsh in its depiction of a “large crowd of angry white people who didn’t want Black children in a white school,” as well as for not offering “redemption” in the end.

I wish it could go without saying that there’s been no such redemption to speak of when we’ve still got white people standing up and pulling the act that Steenman is, but apparently it still needs to be said—not to mention that Bridges isn’t obligated to offer anyone redemption in her account of the horrific hate she was subjected to as a child all of six years old. She literally had to be escorted to school by federal marshals.

Many people have, of course, pointed out that when Bridges was put through that as a child, the least we can do is teach kids about it today. However, just a few days ago, The Tennessean published an update (currently behind a paywall) reporting that Tennessee Education Commissioner Penny Schwinn is under pressure over these ridiculous demands. The Moms for Liberty group has filed a first official complaint under the state’s new law that enables the government to withhold funds from schools that teach things Republicans don’t like on a number of subjects, which is what all this comes back to.

Republicans have been advancing bills like this at the state and local level all over the country, as they rail against “critical race theory”—a legal framework for viewing the effects of racism on this country’s laws and institutions, developed at Harvard Law School—and co-opt the term as a catch-all for things they don’t like, in order to brand them as inherently objectionable and based on political beliefs rather than fact, under an umbrella term.

Tennessee’s law, passed along party lines, reportedly includes “certain concepts about racism, sexism, bias, and other social issues that GOP lawmakers believe are cynical and divisive,” and though the text of the bill does not include the term “critical race theory,” its disingenuous use was alive and well among the government officials discussing it.

This strategy to deliberately weaponize the term has been frighteningly effective, and you’ve likely seen plenty of unwitting media figures use the term without interrogation, as even the AP headline did in reporting on Tennessee’s bill, tacitly endorsing Republicans’ assertions that there’s any such thing to even be concerned over.

Meanwhile, the bill itself goes through a ton of linguistic gymnastics in an attempt to cover up the fact that it’s designed to have a chilling effect on any talk of racism—or other social issues—outside of what Republicans will agree on, as though that’s how we decide what facts are. This fervor sweeping the nation and manifesting in actual law is the kind of censorship they always accuse the left of enacting. It’s the actual erasing of history that they imagine is happening when a statue of a racist traitor is torn down.

They want us all to agree that racism just packed up and went home after the civil rights movement of the ’60s despite the fact that Ruby Bridges is still out there fighting it at just 66 years old—and they’re still engaging in it in this very battle.