While Hayao Mizayaki’s classic Kiki’s Delivery Service left little to be desired, the characters are so beloved that this non-Studio Ghibli ad from Cup Noodle about a teenaged Kiki and Tombo unlocked a flood of emotion within me, and no you’re crying over a Cup Noodle ad.

“Hungry Days” is a campaign from the company based on youth, and transports the two from their original Stockholm-inspired city to a modern Japanese high school life. Kiki’s still a witch and Tombo’s still a nerd, but now they’re 17 and it looks like romance is in the air. Like any respectable shoujo series, there’s cherry blossoms, confessions, and festivals. The animation is a sure departure from Miyazaki’s style, but the characters are still recognizable with Kiki sporting her short hair and red ribbon, and Tombo with his glasses and general demeanor.

Let me just highlight some of these amazing scenes we get in this 30 second clip, because while there are so many (they’re in the library together!) these deserve some extra attention. 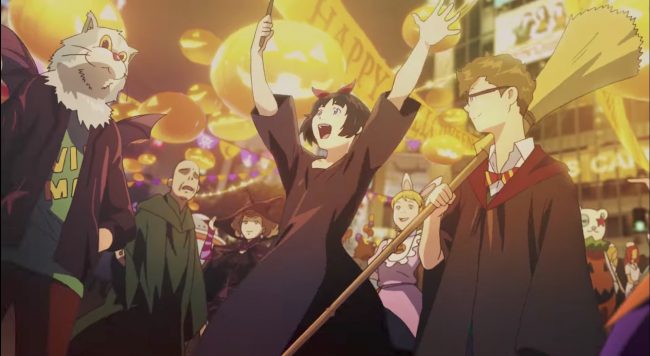 The two of them are dressed up for Halloween and Kiki’s wearing her original witch dress! Is Tombo dressed up as Harry Potter? This is a total headcanon come true and my heart is absolutely melting thinking about Tombo playing wizard dress-up next to an actual witch! He’s carrying a broom and she’s carrying a wand. 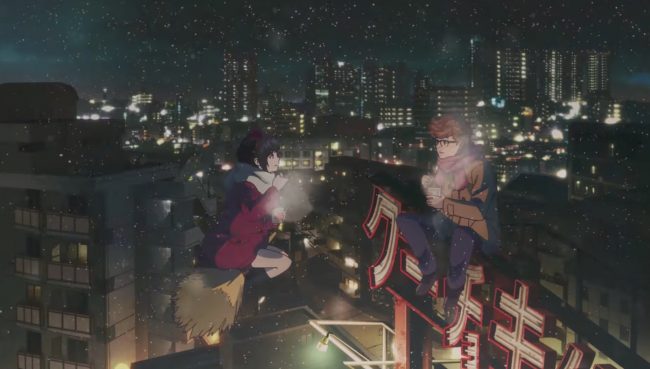 The two having a (Edit: someone pointed out these are instant noodles which makes sense and is just as cute) cup of noodles on a snowy day, and Tombo is sitting on a sign while Kiki sits on her broom! This is so cute, I’m having trouble not squealing at full volume. 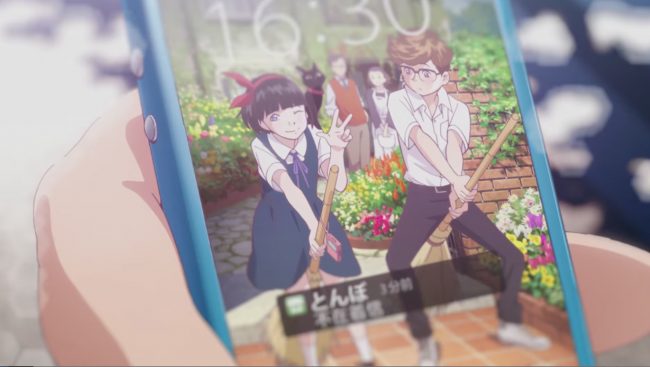 Her phone background is the two of them! Jiji is still on her shoulder! Tombo still fascinated by flight like the dork he is!

To look at more details, artwork, and information about the short you can go to Cup Noodle’s website, although heads-up, it’s all in Japanese. What did you think about “Hungry Days”?