Ted Lasso Makes It Clear that He Loves to … Uh … Eat Out. We Knew We Could Trust Him. 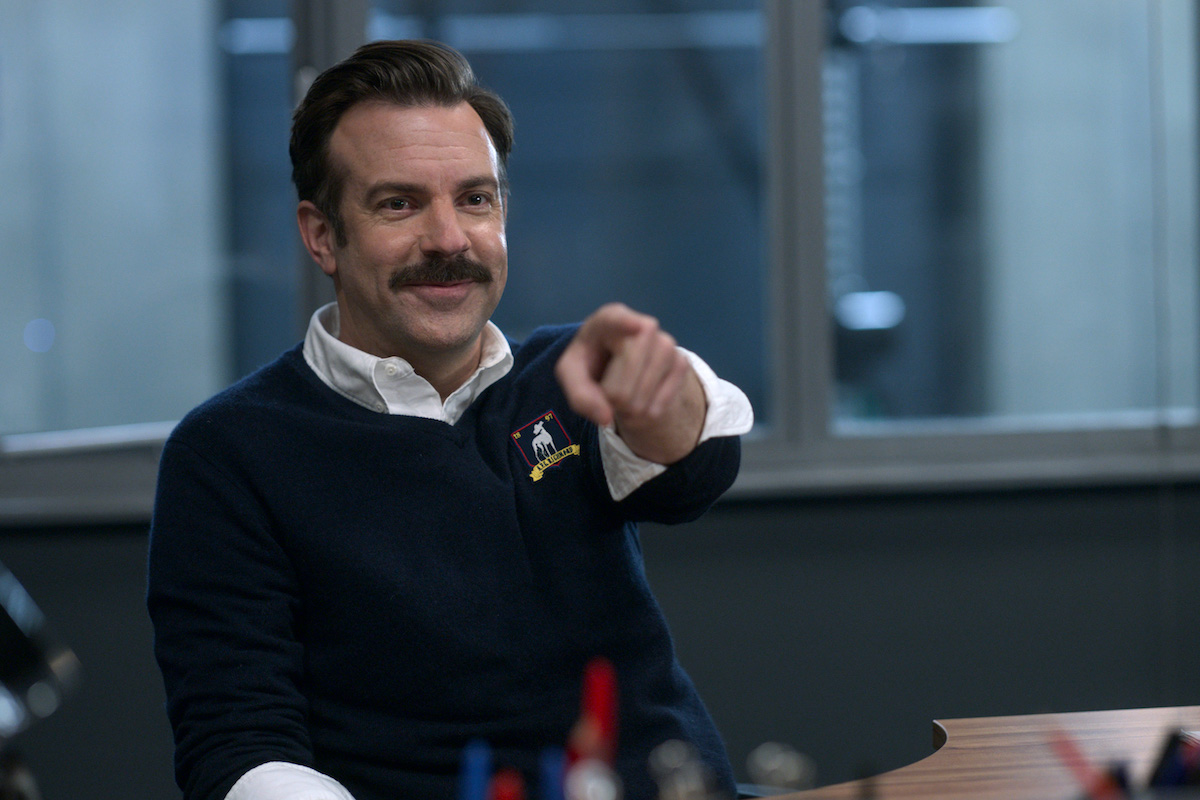 Last summer, we all fell in love with Ted Lasso. A show that centered on an American football coach heading to England to coach the fictional AFC Richmond football team, we all were captivated by Ted’s giddy optimism and his willingness to do whatever it took to make Richmond the best team they can be. It also helps that Ted Lasso is just sunshine wrapped up in Jason Sudeikis in a mustache.

Ted Lasso, on the surface, seems like a very sweet and innocent soul. Just a bundle of joy that radiates into everyone he meets. But he also might be radiating something else into people (consensually) if his latest tweet has something to say about it. (Yes, Ted Lasso tweets.)

From the hit Apple TV+ show of the same name, the character of Ted Lasso has a Twitter account where he shares messages of hope, tells us to believe, and lets us all know that Ted Lasso loves to eat out … wait, what?!

I love eating out. Especially at the ol’ Crown and Anchor. Eating out is good for the soul.

Now, if this were the first time we met Ted, I’d think he just wrote that tweet without thinking, but knowing that Lasso has game (on the field and I guess in the bedroom), I fully believe that Ted Lasso knew exactly what he was doing when he tweeted out that he loves to eat out.

We’re all thinking the same thing, right? He does have a mustache …

More than that, Ted here also seems to be referring to a viral critique of his show and one hilarious response to it in particular. A Twitter thread popped up, which our Princess Weekes covered, saying that it was time we all admitted that Ted Lasso isn’t good. It’s a thread that has a man putting his thoughts on the show on everyone rather than just admitting to himself that he doesn’t like the show, but that’s another issue. What Ted here seems to be subtweeting is this thread, by way of a response from communications and public policy executive Carol Blymire.

This series critique screenshot was floating around Twitter earlier this week… pic.twitter.com/pERyOEr75u

In the context of Ted Lasso, this tweet is directly referring to Brett Goldstein’s Roy Kent going to town on Keeley Jones (Juno Temple) when she admits to him that she likes when he’s vulnerable. In season 2, Roy finds Keeley pleasuring herself to a video, one that she’s afraid to show him, but when she eventually does, he sees himself crying after admitting that he was retiring from football.

Keeley explains why she loved how open and emotional he was and how she found it to be a turn-on even though Roy thought it was weak. Throughout the episode, though, they both continue to have a conversation about it until the end of the episode when Roy hands Keeley headphones with his speech playing, and gets down on his knees in front of her. Now though, it seems as if the official account for Ted wants us to know that he’s aware of the Ted Lasso discourse and wants us all to know that he and Roy Kent have a lot in common.

So here is what we know: Ted Lasso f***s and Ted Lasso loves to eat out. We stan a legend. Maybe DJ Khaled can take a lesson from Ted, because real men like to eat out (at a pub where people give him a lot of crap for his coaching techniques).

Even without this tweet (and the subtext or, I guess, text? Saying “I love eating out” is not exactly subtle), we knew that Ted Lasso loves and respects women. And … well, here’s the thing … we know that he for sure does because he did sleep with Rebecca’s best friend Flo in “Make Rebecca Great Again.”

Pair that with his constant and cute flirting with Rebecca and how I just want them to make out, and it makes total sense that Ted Lasso would know what he was doing … at a restaurant.

So, take the knowledge that Ted Lasso eats out (at restaurants) with you as you continue watching season 2 of Ted Lasso, and maybe men can continue to take advice from Ted and Roy Kent (who for SURE also loves a good dining situation, as we’re well aware).