Oh look, another republican with zero knowledge of biology trying to legislate our bodies. 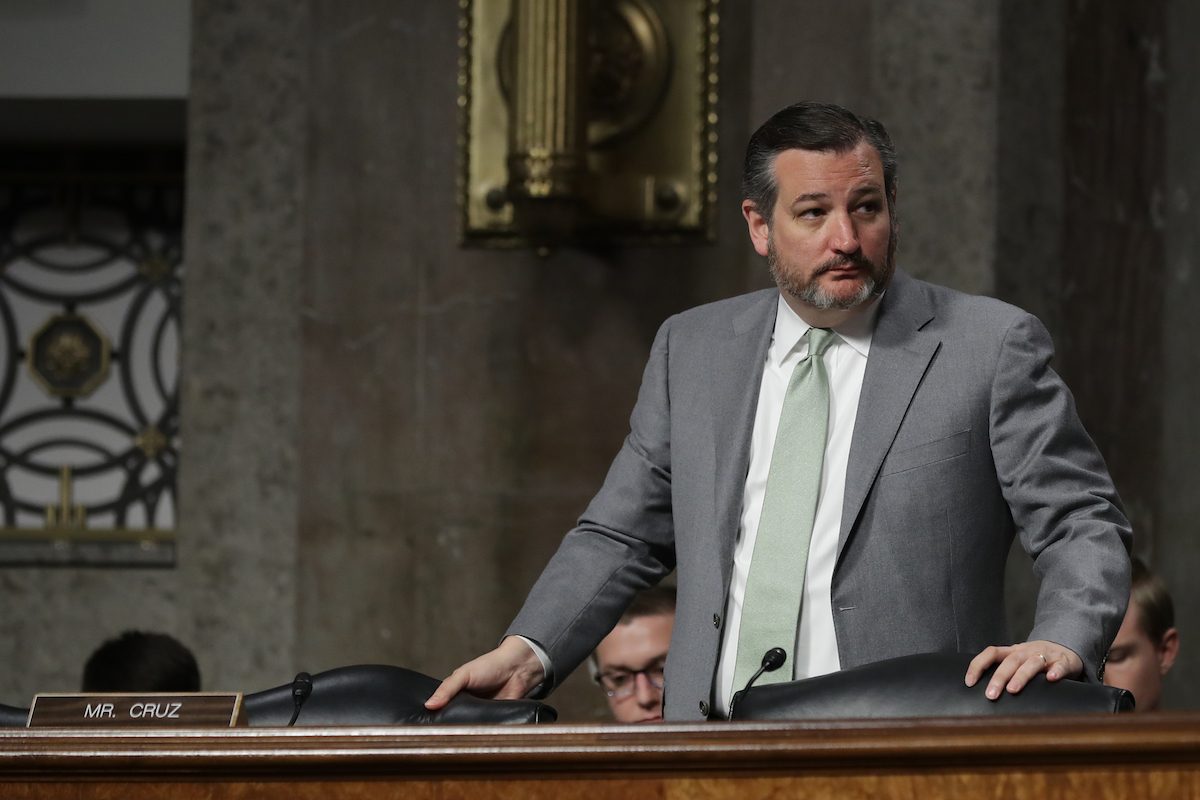 Yosemite Sam’s incel brother Ted Cruz went on Twitter today to show off how little he knows about reproductive health. The Texas senator took a break from defending Paw Patrol to pressure the FDA to classify the chemical-abortion pill as an “imminent hazard to the public health” that poses a “significant threat of danger.” Cruz, along with 19 fellow republican senators, are pushing to ban the pill. It’s yet another example of Republicans trying to force through anti-choice legislation under the guise of the COVID-19 pandemic.

Cruz tweeted, “Pregnancy is not a life-threatening illness, and the abortion pill does not cure or prevent any disease. Make no mistake, Mifeprex is a dangerous pill. That’s why 20 of my Republican colleagues and I are urging @US_FDA to classify it as such.”

Pregnancy is not a life-threatening illness, and the abortion pill does not cure or prevent any disease. Make no mistake, Mifeprex is a dangerous pill. That’s why 20 of my Republican colleagues and I are urging @US_FDA to classify it as such.https://t.co/zDZoCKKg9S

But much like his fellow Republicans, Ted Cruz continues to prove that he knows absolutely nothing about the science of pregnancy and reproductive health. Maternal mortality rates are rising in the U.S. In 2018—the maternal mortality rate was 17.4 deaths per 100,000 births. Roughly 50,000 U.S. women are severely harmed during childbirth, and about 700 die because of complications related to childbirth every year.

While other industrialized nations have seen their rates go down, ours has gone up. Cruz’s home state of Texas has one of the highest maternal mortality rates in the country.

And those numbers become exponentially worse when we look at maternal mortality rates for Black women, who are nearly three times more likely to die in childbirth.

Cruz is absolutely wrong, and his dangerous agenda is laid bare in his smug and patronizing tweet. Folks on social media were quick to call him out for his ignorance:

Ted Cruz has never been pregnant and clearly knows nothing about maternal mortality rates in the US or in Texas. People die in childbirth at an unconscionable rate, especially women of color. Not from medication abortion. Sadly, knowledge is not a prerequisite for power. https://t.co/EjER9RGfXC

Texas has a maternal mortality rate of 34.5 per 100k live births (8th highest in US, shockingly 14 of 15 highest states voted Trump in 2016). Texas mortality rate is just worse than Syria, but slightly better than Egypt.

Because of a combination of racist doctors and low quality healthcare in the United States, an African American woman is almost ten times more likely to die during pregnancy than a woman in Japan. That a whole order of magnitude difference in maternal mortality.

You’re not a doctor. You’re not a woman. You’re barely a human. Get the hell out of the room, Ted.

You would know right? All about birth and pregnancy? Pushing humans out of vaginas or having your abdominal wall sliced open and then keep a baby alive with your body. You know all about that right? Tell us more Ted. https://t.co/4Z8gmf8dc4

I had surgery on Christmas Eve because they believed I was having an ectopic pregnancy which is a pregnancy that is in your felopian tube which can burst and kill you.

In the same time period, about 13,000 women died from complications of pregnancy or childbirth.

Just some facts for ya, Ted! https://t.co/u4yLJCek6P

This is a dangerous, misogynistic lie.

Pregnancy can, and often is, a life-threatening or even life-ending medical condition, especially among black mothers and women of color.

Why are you politicizing and lying about women’s lives to control and kill us? Have you no morality? https://t.co/0IIxLLcLa6

Fortunately, I have two healthy kids and even my emergency delivery went smoothly. But that was under the best managed circumstances with one of the top perinatology teams in the county. The idea the pregnancy is not life-threatening for some women is just a lie.

GOP men love demonstrating their total ignorance of the female reproductive system in public. (I’d feel sorry for their wives, but they voluntarily married these dopes.) Pregnancy is very much a life threatening condition for a lot of women. Ask anyone who’s had HELLP syndrome. https://t.co/73qGSFqtXR

Hi @tedcruz, as a US Senator you should know the US has the highest maternal mortality rate in the developed world, with black maternal mortality being especially egregious. Legal abortion is safer than childbirth. Keep this in mind before spewing more BS about pregnancy’s safety https://t.co/dp5JG8njke