“We Are Not Time Travelers”: Modern Technology Circa 1977 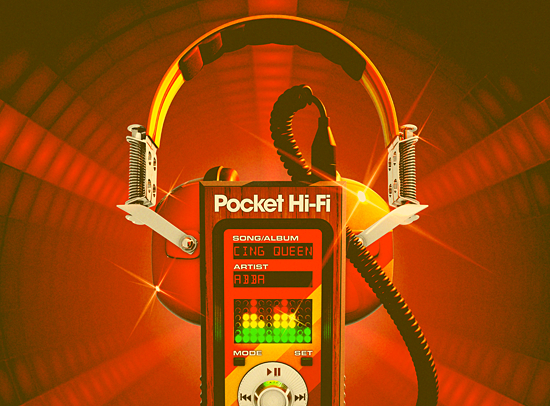 Earlier this week, San Francisco-based designer Alex Varanese released a series of hypothetical posters titled “ALT/1977: WE ARE NOT TIME TRAVELERS” visualizing an MP3 player, a laptop, a cell phone, and a handheld video game system, as if they were created in the 1970s. The seventies: Star Wars, The Godfather, and the first supercomputer? I’d travel there (then?) in a heartbeat.

More images after the jump.

[If I could travel back in time I’d] grab all the modern technology I could find, take it to the late 70’s, superficially redesign it all to blend in, start a consumer electronics company to unleash it upon the world, then sit back as I rake in billions, trillions, or even millions of dollars…

Swinging by the MoMA the other day (you know, just the usual), I wandered for a while through the “What Was Good Design?” exhibition, and ever since, I have been in agreement. 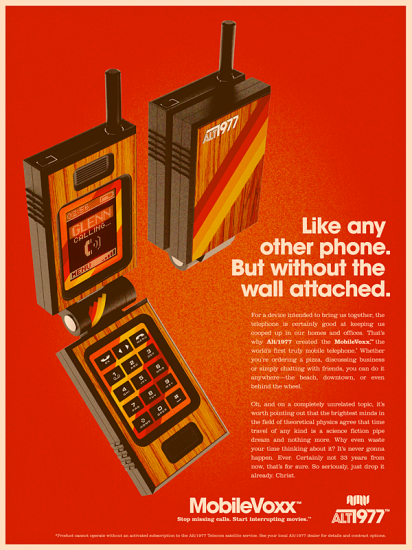 What do you think? See the rest at Varanese’s website.